Hand sanitiser is sold out everywhere. Ditto the ingredients to make it. Fear not – breweries have a plan 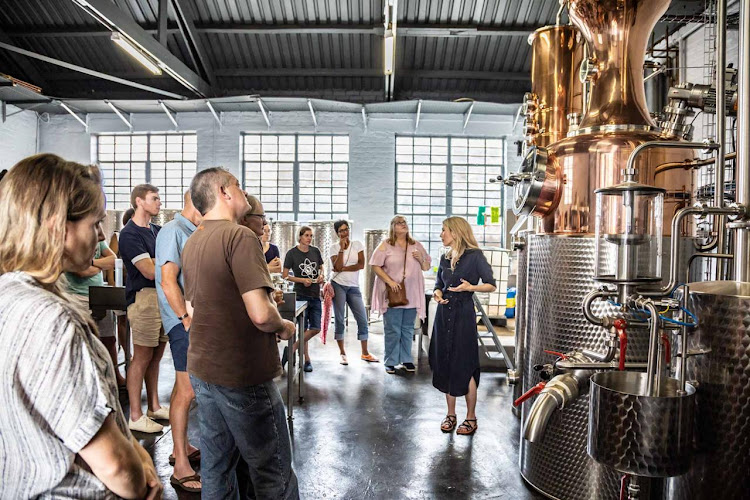 South Africans are a resilient bunch.

In the three weeks since the first positive test for coronavirus in the country, most retailers’ supply of hand sanitiser has been wiped out.

No matter – we make our own at home. But now we’ve used up all the alcohol, the main ingredient in hand sanitiser, from our chemists.

Major retailers have reported sold-out stocks nationwide, with Clicks headquarters saying they have completely run out of isopropyl alcohol. This is a key ingredient as it is an inexpensive dissolvent for products used to make cosmetics and lotions and it has antiseptic properties – that is, it is a quick eliminator of bacteria, fungi and viruses.

And it’s not just Clicks. At least 12 of the 18 Dis-Chem pharmacies in Johannesburg contacted by Times Select reported having completely sold out of their stocks of hand sanitiser and isopropyl alcohol. As one store official remarked: “There’s no alcohol-based anything in this store, it’s all gone.”

But both major retailers said stocks would be replenished soon.

In the meantime some local breweries have picked up the slack.

Time Anchor Distillery in New Doornfontein, Johannesburg, started making their own sanitiser from their leftover alcohol.

Owner Shanna-Rae Wilby said she became concerned when people in her community said they were unable to buy hand sanitiser and were worried about their exposure to the virus.

“When our security guard asked if I had any to give him, I knew that I had to help, and I was able to help because I make alcohol.

“There is no [pure] alcohol for sale anywhere but we had some left over in the distillery. We followed a recipe by [the World Health Organisation] and made 100 litres of hand sanitiser for our security guards and for family members and vulnerable members of our community.”

Wilby explained that because Time Anchor was a registered distillery they had to still pay excise duty on their alcohol – even if it wasn’t being drunk. So she had to sell the remainder and, by Friday, all 100 litres had gone.

“We sold at R250 per litre and only two litres per person with 10% of the profit going towards women’s shelters and orphanages in the area. R250 is still a low cost, but we could make it for R60 a litre if we did not have to pay excise duties.”

The government unveils how it will deal with the outbreak, right down to how police will make arrests
News
2 years ago

Wilby said she was hoping the government would follow the example of lawmakers in the US who temporarily took away distillery taxes after asking distilleries to make alcohol to help combat the spread of the virus.

“This would help poorer households afford the product. But getting a permit for that would probably take eight to 14 months.”

Wilby warned that people making their own sanitisers needed to be careful with the ingredients because a lot of online recipes included hydrogen peroxide.

Hydrogen peroxide is a sanitiser but also has corrosive properties.

Times Select readers shared some of their own recipes for hand sanitiser.

Meneesha Govender from KwaZulu-Natal made hers from two parts alcohol, one part aloe vera and added essential oils. “I use tea tree, eucalyptus and lemon.” Lauren Campbell from Johannesburg also endorsed this recipe.

Megan Savides from KZN made hers with Dettol, water and Sunlight liquid, which she put in a spray bottle.

And a realtor from KZN, who did not want to be named, said “many of my crazy clients are adding vodka to wet wipes”. But, according to the WHO, vodka is not an effective antimicrobial.

Covid-19’s economic effects will be worse than ...

Cookies, anacondas, Brit-less board games – here are your lockdown basics