Its department of health had to be told leaving a large chunk of infected appendix inside a patient is a bad thing ... 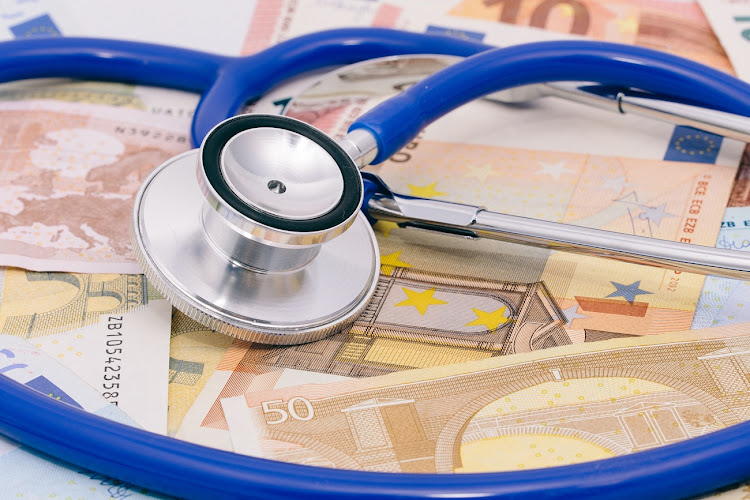 COSTLY SURGERY: The Free State health department has been ordered to pay damages to a woman whose appendix surgery was botched by doctors at the Pelonomi Hospital.

The department of health in the Free State was more than willing to admit that a woman with appendicitis was left with a chunk of infected appendix inside of her after surgery performed by its doctors, but still refused to pay her damages.

Now the Free State High Court has intervened, calling out the department for pursuing a case it could not win. Because of this, the department has been ordered, within the next few weeks, to compensate the patient in the amount of R425,000 – plus her legal costs.

According to a judgment earlier this month at the high court by judge Soma Naidoo, the woman had already been fighting against health MEC Montseng Margaret Ts’Iu and the department for almost eight years since the botched surgery.

On September 27 2012, the patient was admitted to the Pelonomi Provincial Hospital in Bloemfontein, where it was determined she had appendicitis and needed an immediate appendectomy.

After the procedure, she was discharged from the hospital on October 2, but two days later she had to be readmitted to another hospital, Rosepark, where she had yet another appendectomy and cleansing, because a piece of her abdomen had been left inside her and her wound was found to be leaking pus. It took 25 days for the woman to recover enough to leave the second hospital.

In her argument to the high court, the woman accused Pelonomi Hospital staff of failing to properly perform her procedure, of not bothering to monitor her post-surgery and of releasing her in an unstable medical condition. She also accused the hospital of failing to give her the correct antibiotics or of appreciating that leaving a partial appendix inside of her could have led to her death.

The professor believed the post-surgery care of the patient at Pelonomi was inadequate, and they had given her only one antibiotic, which happened to be the wrong one to treat her condition.

The department, in its response to her arguments, was willing to admit the surgical team at Pelonomi fell directly under its control, and that the woman had suffered at the hands of the doctors, but then denied her suffering was due to any negligence on their part. It insisted the surgeons had not acted negligently “when they did not do a complete appendectomy, as it was prudent to defer a complete removal”, though it could not explain why she was discharged and did not receive the second portion of the appendix removal.

The surgeon at Rosepark, Dr Casparus Troskie, testified on the woman’s behalf, saying he had discovered an abscess and “appendix stump” during his examination of the her insides, and was forced to cut out the 19mm stump to treat her infection.

Surgical expert Prof Jan Bekker explained to the court that during an appendectomy, “the standard procedure is to amputate the appendix and leave a half centimetre piece outside the appendix ... so that this prevents infection”.

“Prof Becker’s opinion is that the surgical team at Pelonomi … did not identify the base of the appendix due, in his opinion, to a lack of experience and/or expertise,” read judge Naidoo’s ruling.

The professor believed the post-surgery care of the patient at Pelonomi was inadequate, and they had given her only one antibiotic, which happened to be the wrong one to treat her condition.

While the department did call its own expert, Dr Nicholas Pearce, a vascular surgeon, he was only able to say that after viewing the patient’s records, he simply believed there was no negligence in the case.

The judge was concerned the department did not call the surgical team to testify. Nor did the department provide any evidence of why it believed it should not have conducted a full appendectomy.

She believed the conduct of the department displayed “a lack of appreciation of, or a disregard for, the duty on a public entity ... to behave ethically and especially to protect the public purse, by ensuring that it does not litigate in a manner that causes the unnecessary escalation of costs”.

“The conduct of the defendants in this matter was in direct contrast to what is expected of officials of a public entity entrusted to act at all times in the interest of the public it serves. The defendants proceeded headlong with litigation they must have known had a strong possibility of being unsuccessful,” she added.

She then ordered the MEC and department to pay the costs of the case, as well as the agreed-upon amount of the woman’s damages (R425,379) within the next 60 days or face paying interest on the amount.

All the web’s a stage: National Arts Festival goes virtual

From agony to ecstasy: mom’s joy as snatched baby is found safe