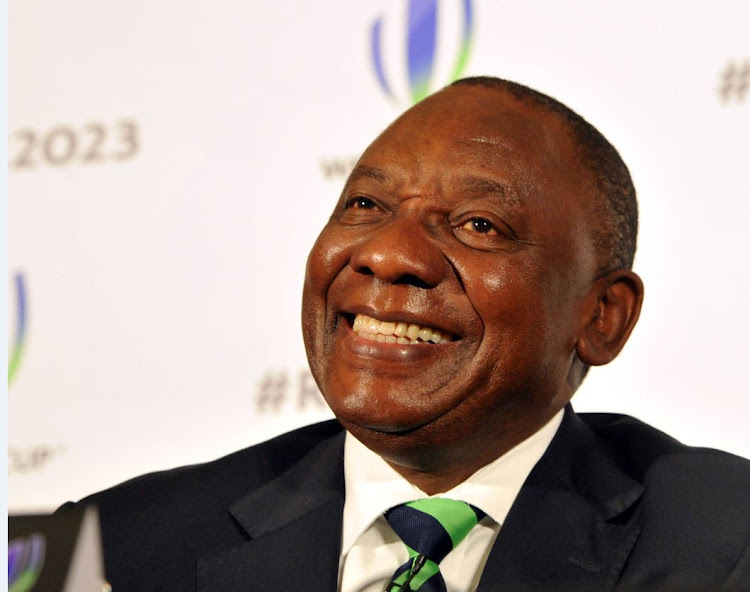 The Pretoria High Court has cleared President Cyril Ramaphosa of lying to parliament about the source of donations to his 2017 ANC presidential campaign, in a judgment likely to bolster opposition calls for the removal of public protector Busisiwe Mkhwebane.

On Tuesday, the court set aside a potentially damaging report by Mkhwebane, describing the protector’s approach as based on a mistaken and “fatally flawed” reading of the law.

The case was seen by many analysts as a proxy of the bitter power rivalry inside the ANC between supporters of Ramaphosa and his state capture-implicated predecessor Jacob Zuma.

Mkhwebane had alleged in July that Ramaphosa deliberately misled parliament about a R500,000 donation from Bosasa for his campaign to succeed Zuma as leader of the ANC.

In her report she said there was also prima facie evidence of money laundering involving millions of rand in the handling of the donations, sparking an angry response from Ramaphosa, who swiftly challenged the legality and motivation of the report.

The high court, in a sitting of three judges, concurred with Ramaphosa’s complaint. The bench, consisting of judge Keoagile Elias Matojane, Gauteng judge president Dunstan Mlambo and judge Raylene Keightley, found that Mkhwebane’s report be set aside, including the findings and remedial action.

“It is apparent from the report that the public protector was confused about the legal foundation of her finding,” said Matojane.

“The public protector’s finding on the issue of misleading parliament is fatally flawed due to a material error of law.”

The judges said Mkhwebane “did not only commit a material misdirection in her legal approach [to the issue of misleading parliament], but also reached an irrational and unlawful conclusion on the facts before her”.

It is apparent from the report that the public protector was confused about the legal foundation of her finding.

The court added that there was no evidence to support the allegation of money laundering and that it was also outside of the watchdog’s jurisdiction to investigate the donations as they were of a private, not public, nature.

The finding against Mkhwebane’s conduct, which includes the award of costs for Ramaphosa’s lawyers, is the latest in a series of court matters that have gone against her.

Those parties had argued against aspects of Mkhwebane’s report, which was initiated after Ramaphosa allegedly misled parliament on the R500,000 Bosasa donation received by the CR17 campaign. The campaign funded his bid to become president of the ANC.

At the state capture inquiry under deputy chief justice Raymond Zondo, Bosasa, now known as African Global Operations, and its CEO, the late Gavin Watson, were frequently mentioned as having a corrupt relationship with the ANC-led government.

Mkhwebane had also broadened the scope of the investigation to include a wider probe into the funding of Ramaphosa’s entire campaign for the ANC presidency in 2017. Mkhwebane concluded that there was merit to allegations of money laundering and found that Ramaphosa had violated the executive code of ethics and may have exposed himself to a conflict of interest in receiving certain donations.

Ramaphosa’s legal team argued that Mkhwebane did not have the jurisdiction to broaden the scope.

The full bench of the court found on Tuesday that the public protector did not have the jurisdiction to investigate the CR17 campaign, and that Ramaphosa was not under any obligation to disclose his campaign funding in parliament.

The court was also scathing of Mkhwebane’s finding that there was prima facie evidence of money laundering, criticising her knowledge of the relevant law, since she referred to the wrong legislation in her report.

Successive court rulings against her ... support the DA’s long-held view that Busisiwe Mkhwebane is not fit for office.

The court held that she had no evidence to substantiate her finding in relation to money laundering, and that in dealing with this issue she completely failed to properly analyse the facts and evidence at her disposal.

Mkhwebane was supported in the case by the EFF, while investigative journalism unit amaBhungane stepped into the fray to ask the court to declare the executive ethics code unconstitutional if it was not required by the code to declare donations for internal political campaigns.

The court dismissed amaBhungane’s constitutional challenge, although Mlambo emphasised that they did not make a decision on merits on whether the code is constitutional or not.

Other matters that have gone against Mkhwebane:

DA leader John Steenhuisen said the latest ruling against Mkhwebane showed she was not fit for office.

“Successive court rulings against her ... support the DA’s long-held view that Mkhwebane is not fit for office, that her appointment was politically motivated, that she is aligned to the pro-Zuma faction of the ANC, and that hers was a state capture deployment all along.

“The DA has tabled a motion in the national assembly to have her removed from office. We hope this latest court finding will be the evidence needed to swing the balance of opinion and pressure in favour of removing her.”

Mkhwebane is welcome to see my tax returns, Zuma ...