They want a guarantee the girl will not be a risk to herself and others, but her dad says they’re victimising her 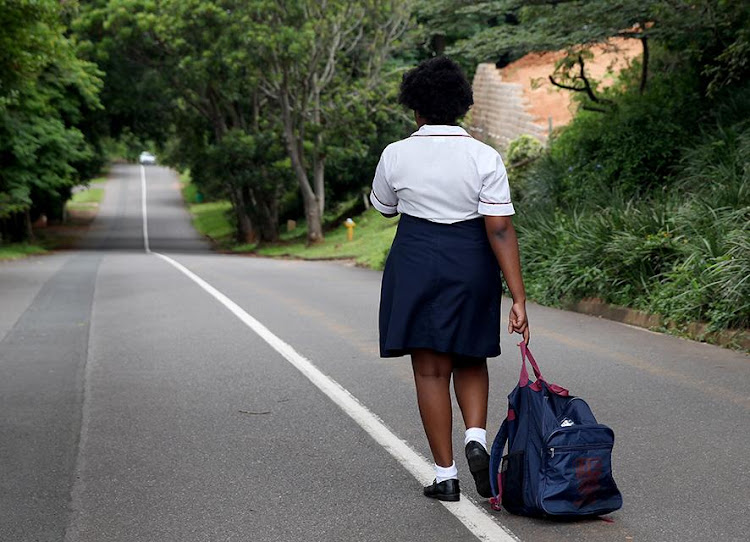 Lonely road A 13-year-old schoolgirl is not allowed back at school unless she produces a letter from doctors stating that she is emotionally stable.
Image: Sandile Ndlovu

A 13-year-old KwaZulu-Natal girl who tried to jump out of her classroom window during an exam, confessed to a drug addiction and to suffering a rape ordeal, is sitting at home because Westville Girls’ High School will not allow her back without a guarantee that she will not harm herself or others.

The girl’s father approached the provincial education department to investigate after the former model C school demanded a letter from a psychologist or psychiatrist to state that the teen “will not be a risk to herself and that the safety of other learners and staff will not be compromised or placed at risk”.

He told Times Select this week that the school’s management said his daughter could be “taught in isolation” until the letter was received.

However, while the teen’s doctors had written a letter to the school to confirm that she was receiving treatment, her psychiatrist would not the write a letter because she shouldn’t be excluded from the school in the first place.

The schoolgirl started exhibiting problematic behaviour during the second term of 2019 and was taken to a psychologist and a psychiatrist in June, admitted to hospital for observation and prescribed depression and anxiety medication.

The school asked her to stay home after she became suicidal in the third term.

The father said his daughter then revealed that she had been introduced to drugs by a group of Grade 10 girls in the second term.

She also disclosed to her parents that she had been raped in 2016 by a friend’s father and a case of rape had been opened at the Westville police station.

The child started attending counselling at the Jes Foord Foundation for rape survivors, as well as sessions with the South African National Council on Alcoholism and Drug Dependence, and was taken to the department of social development to get help for drug addiction.

Her father expected her to return to school in 2020 to repeat Grade 8 but found the school refused to accept his daughter back and threatened disciplinary action if the drug allegation proved to be true.

“We feel that the school is not supportive of our children but are doing all they can to destroy her future. They are not sympathetic to the fact that the school environment has drugs that caused her problems in the first place,” he said.

“They are not sensitive to the rape trauma she is dealing with at her age. They are rejecting her, something that will crush her confidence and damage her emotionally and psychologically. They are vilifying and victimising her for coming out with the truth about drugs,” he said. 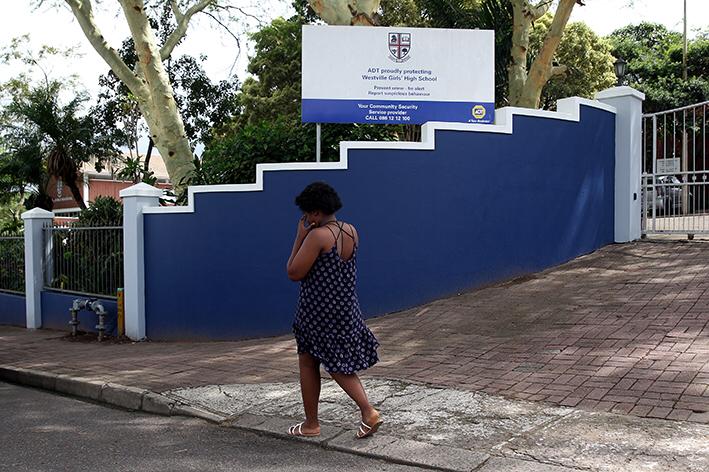 The girl has been sitting at home since the start of the school year.
Image: Sandile Ndlovu

The school’s governing body chairperson, Steven Tait, said the school could not comment because the matter was being investigated by the education department.

In a letter seen by Times Select, principal Russell Untiedt informed her father that the child could only return to her classroom on receipt of a letter stating that she is mentally and emotionally stable to do so and that she “is unlikely to be a risk to both herself, learners and teachers”.

“The law is clear on the matter. The safety and security of all learners and staff takes precedence over the rights of an individual learner.”

KwaZulu-Natal departmental spokesperson Muzi Mahlambi said the department was investigating the drugs claim and looking into the girl’s case.

He said that while the investigation was being conducted the department would facilitate the girl’s “admission to a school”.

University of Pretoria law professor Ann Skelton said the school had an obligation, when dealing with a child with mental health difficulties, to consider what reasonable accommodations could be made to ensure that the child had access to education, while also ensuring the safety of all children at the school.

She said it was not appropriate for the school to require a particular type of information in the letter from the psychologist.

Rant all you want, but that varsity rejected your ...

Away for life: judge corrects ‘slap on the wrist’ ...

It rained, it poured, but SA is still in the midst of a drought