Enoch was by no means the first to drown, so what’s really going ...

Enoch was by no means the first to drown, so what’s really going on? 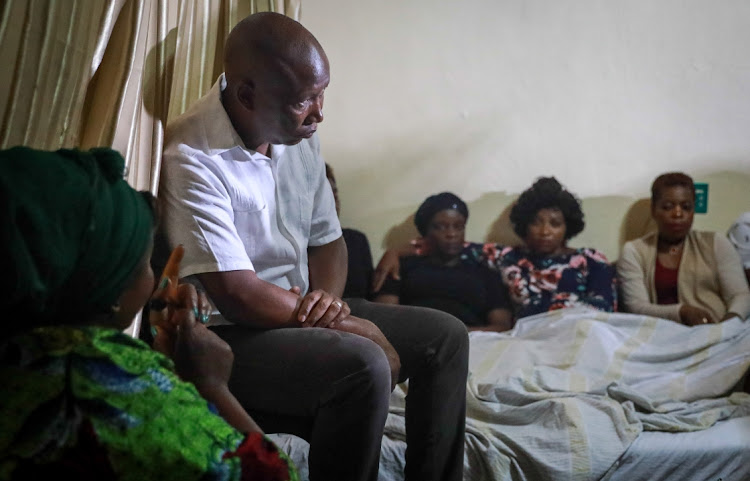 HERE FOR YOU EFF leader Julius Malema visited the family of Enoch Mpianzi at their home in Malvern, Johannesburg, on Wednesday to convey his condolences after their son drowned during a Parktown Boys High orientation camp.
Image: Sebabatso Mosamo

What do the names Thabang Mokhoang, Keamohetswe Seboko, Mellony Sias, Mosimanegape Madiba and Enoch Mpianzi have in common? If you do not know, you are like most of my social media followers who had no idea when I posed this question on Facebook and Twitter. That is because we absorb the news one tragedy at a time and then we move on until the next sadness hits us. I decided to connect the dots and this is what I found.

All five were black students who drowned while participating in an event linked to the former white educational institutions where they were enrolled. Thabang was a first-year mechanical engineering student who in 2012 drowned in the swimming pool of the Potchefstroom campus of North West University during initiation by his male residence. Mosimanegape, a first-year science student, drowned in the Misverstand Dam in 2016 during a training session with the rowing team of the University of Cape Town. Keamohetswe, a Grade 7 pupil, drowned in the hostel swimming pool of Laerskool Bekker in Magaliesburg this month. Mpianzi, newly enrolled at Parktown Boys High, drowned in the Crocodile River when a raft built by his group of Grade 8 boys, fresh out of primary school, overturned during their orientation camp. And Mellony Sias, a Grade 12 pupil from Adamantia High School in Kimberley, died in the same river as Enoch 10 years ago when a dinghy overturned during an interschool hockey training camp.

'Ten years ago there was a pupil who perished here,' says SAHRC at...

The first thing that is striking about these cases is that whether the drownings happened recently or ten years ago, the families feel a profound sense of disappointment with the institutions concerned. Here is a mix of parental responses from about two dozen media reports on the five students. What really happened? Why did it take so long to notify us? Why was my child missing for hours before you knew there was a problem? Why did my son die drowning when he is a strong swimmer? What really happened during the initiation, and why on earth are education institutions still initiating pupils? Was this foul play because the facts don’t add up?

We know from these cases that parents do not feel a sense of justice, that investigations go on for years and often end up unresolved. For example, in the case of the UCT student Mosimanegape, public protector Busisiwe Mkhwebane ruled against the university for the lack of safety measures in place at the time. UCT rejected the PP’s 2019 report and will challenge the findings in court, leaving the drowning still unresolved eight years later.

One of the country’s most experienced scholars in education law told me that you might as well tear up the indemnity form; it is meaningless.

We also know the status of indemnity forms signed by parents is far from settled in the public mind. One of the country’s most experienced scholars in education law told me you might as well tear up the form; it is meaningless. Legal minds weighing in on the subject have been as clear as mud in explaining the meanings of indemnity to the public. Indemnity, from what I understand, is a reality in our legislation and there is case law available on the matter. It appears that where there is evidence of “gross negligence” a school can still be held responsible and that in constitutional terms, the rights of the child matter regardless of what was given up by indemnifying the school. The point is that the legal hurdle can be experienced as yet another barrier to justice for the parents of children who drowned.

Nobody wants to bring up the “r” word with such tragedies, but it is important to at least ask the question. Did race play a role in one or more of these cases? The blanket response that black youth can’t swim is as ridiculous a stereotype as white men can’t jump or sprint. We might never know how the body of a swimmer ends up at the bottom of a school swimming pool. Initiations at the former white universities often target black students, especially in male residences; that is a fact that I personally witnessed over and over again. You simply do not know what happens at 2am in the morning when students scale the walls of the swimming pool or press a newbie’s head into the toilet bowl. Sworn secrecy in boys’ hostels makes investigations maddeningly difficult. We may never know.

What does all of this mean? Quite simply that this problem of young people drowning at school events is much more complex than giving every child a life jacket. What schools and universities need to do urgently is sit down and develop a comprehensive strategy to root out the problem of young people dying in educational facilities. If not, the next drowning is, I fear, around the corner.

Giving ill-starred smart kids a helping hand is a ...

Halala or hogwash: schools of thought on matric

Dear Cyril, here’s how to be a load-shed leader