It was the first time she had been in the cell in which he died, as court does moving site inspection of police station 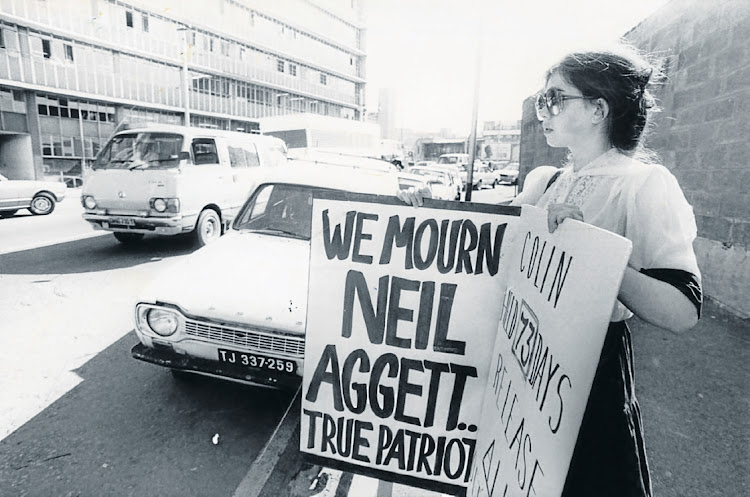 Perhaps it was the visible pain and anguish of Aggett’s sister, Jill Burger, as a young man tied a noose around the steel bars of one of the prison cells, attempting to reenact her brother’s supposed suicide.

The young man, who was pulled from the crowd, was 1.8m tall – just 2cm shorter than Aggett’s height.

Why did they torture this gentle man? Aggett’s sister just wants the...

Following some debate by the legal teams on whether or not this should be allowed, the young man was eventually handed a scarf that was blue and pink in colour and asked to tie it the top of the cell bars in the same way he would have done had he been trying to commit suicide.

After stepping on the bars and tying the scarf around the bars, the young man tugged at it, making sure it was secure. He put his foot between one of the bars and hoisted himself up. He then attempted to fit his head through the noose. Experiencing some difficulty and amid fears he may injure himself, he was hoisted by his legs and kept from strangling himself by some of those who were present during the inspection in loco.

The police photographer, who was the only cameraman allowed to snap pictures at this point, clicked away. 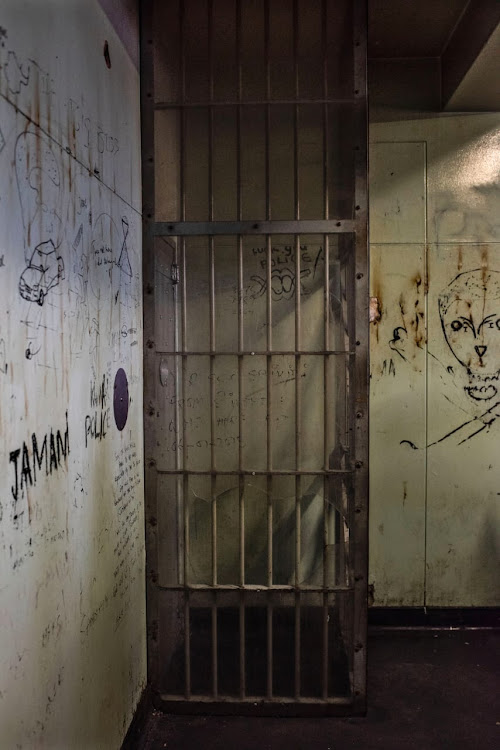 LOCKED UP The cell at the John Vorster Square police station where trade unionist Neil Aggett was found hanging from a noose on February 5 1982.
Image: Paul Botes/Supplied

Making sure they were getting it right, some members of the legal team had in their possession a picture taken of a lifeless Aggett on February 5 1982 as his body hung from cell B15.

In the image, Aggett appears to have a white cloth around his neck.

Following the somewhat difficult reenactment the young man had had, others speculated that perhaps the piece of cloth that was found around Aggett’s neck was bigger, perhaps it was of a more stretchy material than the one he had used. Some suggested maybe he had made a smaller noose, while others seemed to believe it was not possible that he had hanged himself.

It is these and other questions that the fresh inquest into Aggett’s death hopes to get answers to.

The inquest is being held at the High Court in Johannesburg and hopes to uncover whether there was indeed a cover-up by police into how the political activist died at the infamous John Vorster building or whether Aggett, who was a medical doctor working in hospitals that serviced the poor in Soweto, Tembisa and Mthatha, really did take his own life.

The reenactment took place as judge Motsamai Makume jotted down his own notes, slipping the printed photograph of a deceased Aggett behind his notepad as he wrote.

Aggett’s sister, Jill Burger, who has for the last 38 years refused to believe the state security police’s version of events that her brother committed suicide, was also present in the cell and walked the very passages her brother did during his 70 days behind bars. 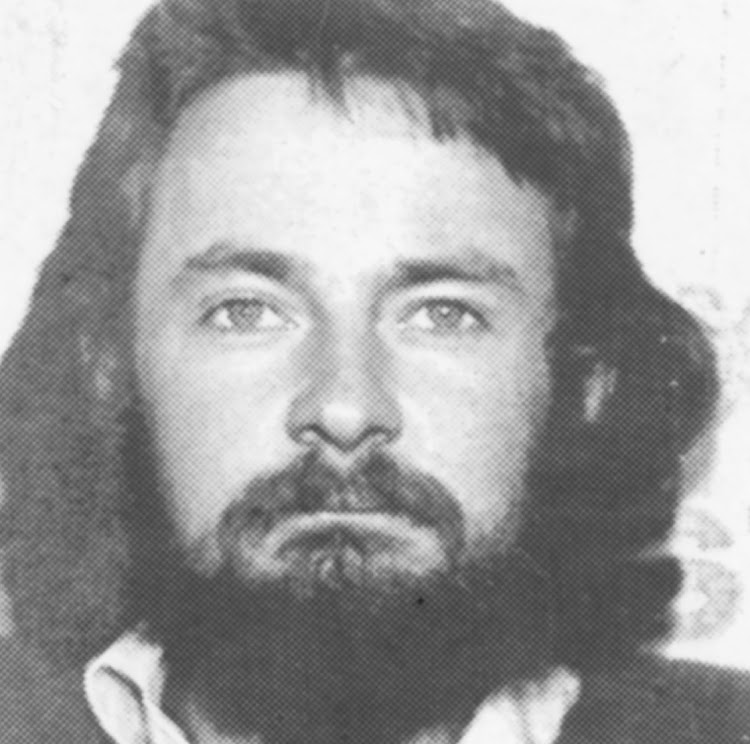 WHAT REALLY HAPPENED? Neil Aggett was a SA trade union leader and labour activist who died while in detention after being arrested by the SA security police.
Image: Gallo/Sunday Times

But as the media contingent and all the lawyers involved in the case focused their eyes on the steel bars, wanting to figure out whether or not such a suicide was plausible, Burger turned her back to the crowd, declining to watch.

Every so often, she lifted a tissue to her eyes and wiped the tears from them.

This reenactment, however, did not happen where Aggett had died, but in the cell right next to the one where her brother had drawn his last breath.

Since Aggett’s death, that cell has since been altered and some Perspex glass had been fitted around the cell bars where her brother had died.

Burger had earlier entered that cell, looked at the door and the steel bars and walked to the back where she found a concrete bench and perched herself on it. She was comforted by a friend as she took deep breaths and looked around the cell, seemingly taking in where her brother had spent his last days alive.

It was the very first time Burger had entered the cell, and 38 years later this was the beginning of her finding closure she had waited decades for.

Why did they torture this gentle man? Aggett’s ...

Babes outcry: yes, you can open a case on behalf ...

Mosque murder: The price of taking a stand ...