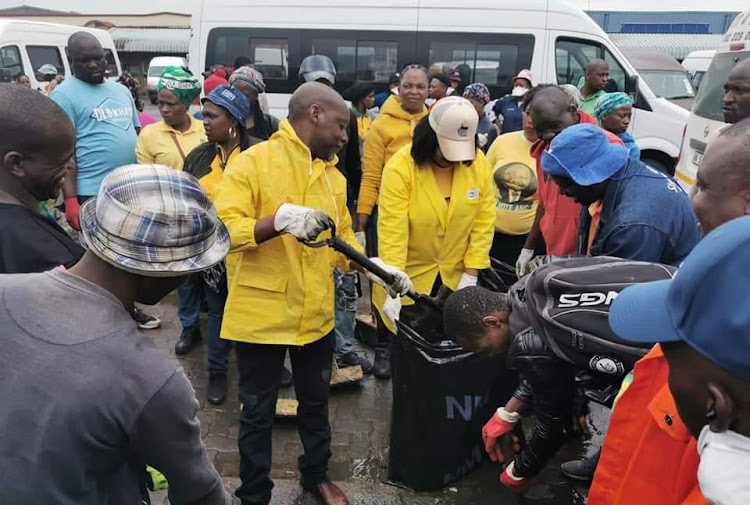 Newcastle mayor Ntuthuko Mahlaba is leading from the front with a broom and dustpan to clean the streets of the northern KwaZulu-Natal town.

For the past three months, residents – who have been encouraged to collect brooms, rakes, spades and refuse bags from the municipal offices – have joined Mahlaba on Wednesdays and Sundays to “combat the grease and grime” in Newcastle.

However, some believe the mayor’s enthusiasm to tackle the town’s rubbish is spurred by the axing of more than 220 workers, mostly refuse collectors, in November for an illegal strike held in September.

Mahlaba was struck with a brick during the unruly protests.

This week the municipality rubbished the claim, saying the initiative to clean up Newcastle began when President Cyril Ramaphosa launched the Green Goods Deeds early in 2019, and that the waste department was fully functional despite the mass dismissals.

“A number of people had already started their campaigns in their respective wards. Some have been calling for the municipality to champion the initiative. The mayor responded from a growing call by residents to help establish the campaign.”

“He has led the campaign since its inception, and has participated in the clean-up every Wednesday and Sunday without fail. When President Cyril Ramaphosa launched the Green Good Deeds campaign the municipality immediately adopted the campaign and championed it. We asked volunteers and residents to lend a hand. Many were excited at the opportunity to help rid our streets of grease and grime,” municipal spokesperson Mlungisi Khumalo said.

It is a very good gesture that the mayor is doing this on a Sunday but the solution is to employ the waste workers back so the jobs can be done.

He said the mayor was not using the campaign to score points since “there are no points to be scored in keeping our municipality clean”.

“Mayor Dr Mahlaba has always put the interest of the residents first, which is why he swiftly made sure that residents are provided with cleaning equipment when they asked for it. He doesn’t lead the campaign in order to gain popularity, most of the time you can barely tell that he is part of the programme because he is mostly working side-by-side with the volunteers. The mayor lives in this municipality and he also wants to see it thrive,” Khumalo said.

Democratic Alliance leader in the Newcastle executive council Bebsie Cronje said residents were “upset” because the suburbs were still filthy.

“It is a very good gesture that the mayor is doing this on a Sunday but the solution is to employ the waste workers back so the jobs can be done. You cannot just pick up rubbish on a Sunday when you live in the third-biggest municipality in KwaZulu-Natal. It’s almost as if he is playing a political game.”

Cronje said the feeling among most suburban residents was that they paid rates and therefore should not be collecting the rubbish.

“Why do we need to do the clean-up when we pay rates? We do the clean-up in our areas as we go along, so why should we join the pick-up? It is not the function of the ratepayers,” she said.

Madadeni resident Siphiwe Ndlovu said he was part of a group of residents who consistently cleaned up the township, so they were excited to Mahlaba’s campaign.

“I feel the clean-up has nothing to do with scoring any political points. It has something to do with a leader of society making sure that our town is litter-free and clean.” 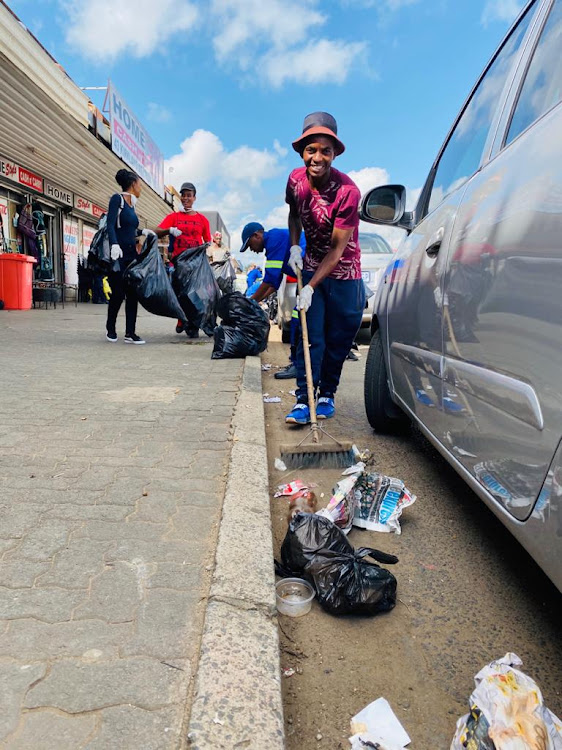 Newcastle Growth Coalition chairperson Johan Pieters said it was positive to see the support the mayor was receiving from residents, who joined him in the clean-up.

“I believe that examples are set by leaders. If the community can learn that they must rather use dustbins than just throw rubbish in the streets, then the mayor’s campaign can be called a success. I believe that before we criticise people for their actions we need to ask ourselves, what am I doing to make a difference in my community?”

However, South African Municipal Workers’ Union (Samwu) provincial secretary Jaycee Ncanana said the union would investigate whether the Mahlaba was “exploiting volunteers” by calling for them to do the dismissed workers’ jobs.

“We have approached the labour court to challenge the dismissals and are waiting for a court date,” he said.

Stinks to Highveld heaven: the town in a ...

Taps are dry but compassion flows in Mpumalanga ...

Mystery ship with only six crew abandoned in Cape Town