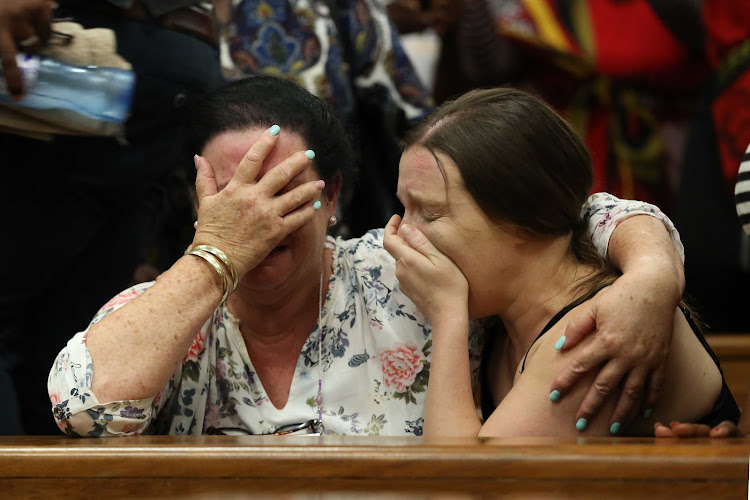 Rush of emotion Grandmother Pauline Gericke and mother Chantelle Ninow could not hold back tears as the judge sent Nicholas Ninow to jail for life.
Image: Thapelo Morebudi/The Sunday Times

“To the little girl: I hope she can sleep better now knowing the monster will never come after her again.”

This was the message from #Notinmyname spokesperson Themba Maseko to the seven-year-old girl Nicholas Ninow admitted to raping at the Dros restaurant in Silverton, Pretoria, in September 2018.

Ninow was sentenced to life imprisonment on Thursday for the rape of the minor, to five years for possession of drugs, and another five years for defeating the ends of justice. The High Court in Pretoria also ordered that his name be entered into the sex offenders’ register. Ninow will not be able to work with children, the court ruled.

He also said Ninow, who started crying when sentencing was handed down, appeared to be a broken man whose mother failed to protect him.

The court heard earlier that Ninow’s mother, who together with his grandmother sobbed uncontrollably after he was sentenced, introduced him to drugs when he was a young teenager.

“The person who was supposed to protect him, introduced him to drugs,” Mosopa said.

“Gender-based violence is a pandemic and courts should not be shy to impose sentences that will deter others from committing the same offence.”

Loud cheers and song erupted in the public gallery soon after Mosopa handed down the sentence.

Maseko said gender-based violence needed to be prioritised by the courts.

“Crimes like these need to be given a priority. We need to make sure that we see sentences like this one [Ninow’s] where women and children are involved.”

She says she still sees the accused when she goes to bed. 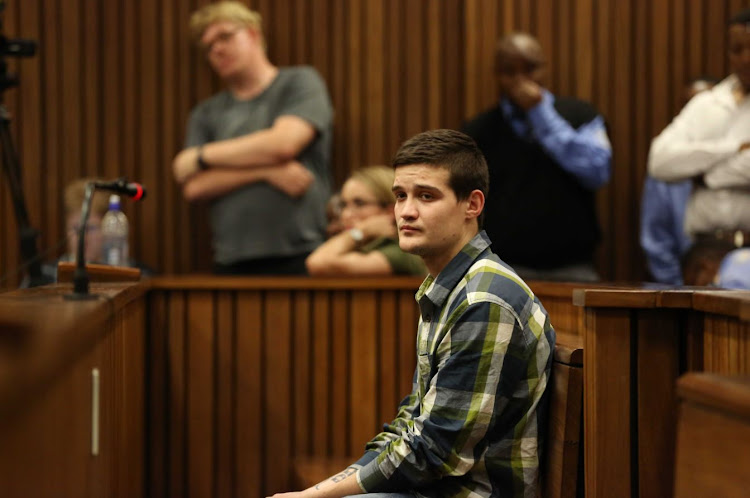 National Prosecuting Authority (NPA) spokesperson Phindi Mjonondwane said the sentence was appropriate for Ninow as they had successfully convinced the court it was fitting for the crimes Ninow committed.

“This is a rape of a minor. We managed to prove it was premeditated and the accused had every intention to rape the minor,” she said.

“We are hopeful that some day our little girl will be able to move on with her life and appreciate the fact that, as the justice system, we tried everything to ensure that she receives justice,” Mjonondwane said.

The court heard earlier on Thursday that the girl had nightmares about Ninow every night.

“She [the child] says she still sees the accused when she goes to bed,” said forensic social worker Karen Botha.

The girl told her she was scared of men and did not want to go to restaurants.

“I’m scared of restaurants, they creep me out. Now I know you need to go with someone to the bathroom,” the child told Botha.

The person who was supposed to protect him, introduced him to drugs. 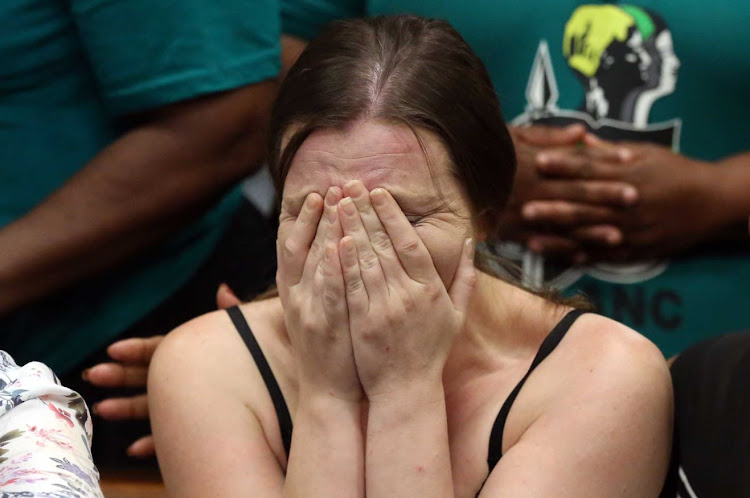 Since the incident, her maternal family had told Botha, the girl had become emotional and cried a lot. Her academic grades had dropped. She had also wet her bed the day before she testified in court.

Ninow’s grandmother, Pauline Gericke, acknowledged that he carried a lot of anger with him and sometimes displayed the behaviour of a maniac and became delusional.

But she insisted there was a good side to Ninow.

“I am trying to make this court see there is another side to the Dros rapist. From the day he was born he never stood a chance. Every chance that he got, was broken down,” Gericke said.

She said Ninow would not come out of prison “clean” if drugs were easily available there.

“If he is in prison and the drugs are available he will not come out clean.”

No, Ninow, I don’t believe your self-serving ...

It’s a big hostile Dros out there: Here’s what ...

The Dros rape, our colonial past and the ‘sexual ...