Toxic time bomb: village has had enough of mercury plant

Toxic time bomb: village has had enough of mercury plant

After years of illness and now a fire, locals say they've had nothing but grief from the KZN plant 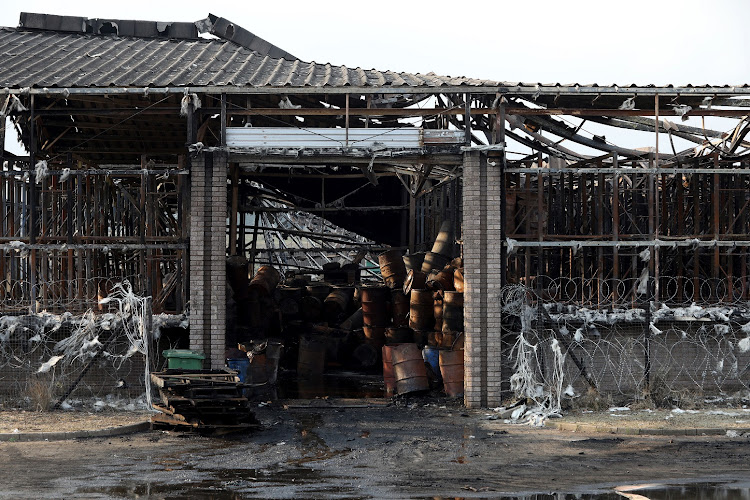 Up in flames At least 4,500 rusted barrels containing hazardous waste were being housed at one of three warehouses which went up in flames.
Image: Sandile Ndlovu

His home sits above a valley overlooking the rolling hills of Inchanga, a mere kilometre from the chemical plant where he once earned his living.

He was employed by Thor Chemicals in 1986 and said it was a proud moment for him as his father worked there.

That was before he became ill and the company was embroiled in controversy. 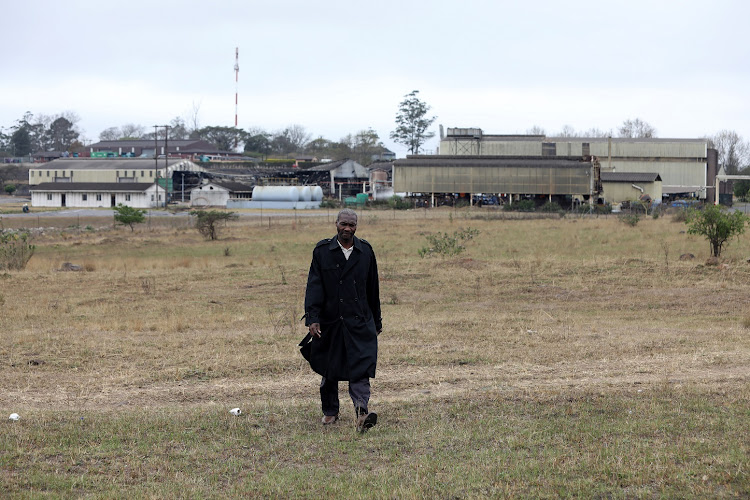 Rogers Khanyile reminisced about the controversial chemical factory, situated behind him, which he worked at for eight years.
Image: Sandile Ndlovu

“I was employed to clean all the waste of the chemicals. They gave us the proper face masks and all the necessary equipment to do our job, but I still got ill. I would suffer with low libido and blurry vision.”

Today he still has trouble with his vision.

“They compensated some of the workers but I have not received anything.”

A lot of my friends who worked there have died, a lot of them.

When Thor arrived in SA it was considered the world’s largest mercury-reprocessing facility, but soon its reputation for being a toxic time bomb grew.

The government’s interventions and attempts to have thousands of tons of mercury exported out the country for safe disposal have proved futile.

For more than 25 years thousands of barrels of mercury-containing waste have been left dormant in stockpiles at the Thor chemical plant.

This is despite a commission of inquiry, headed by Dennis Davids, who found that the apartheid government was aware that Thor was importing toxic waste into the country, and failed to intervene. Davids ordered that a clean-up plan be implemented and executed. However, this was never done.

On August 9 environmental affairs minister Barbara Creecy visited the plant, which is believed to be housing close to 10,000 barrels of toxic waste with a further 2,500 tons of waste in a sludge pond.

Just nine days later a fire destroyed one of the three warehouses on site.

Days after the fire thin fibrous crystals of asbestos were strewn across blackened patches of grass just metres away, indicating the fire had quickly spread beyond control.

The pungent smell of mercury stifled our movements as we honed in on the  scene – sweet, with lingering acidic accents, almost like apple cider vinegar.

An official from the environmental enforcement body, the Green Scorpions, reassured us that the scene had been secured and short bursts of exposure to the smell would not affect us.

The same could not have been said for many of the 109 employees who worked for the controversial chemical reprocessing giant, Thor Chemicals.

Enock Nkosi, 52, who worked in processing mercury acetate at Thor, is one of them. 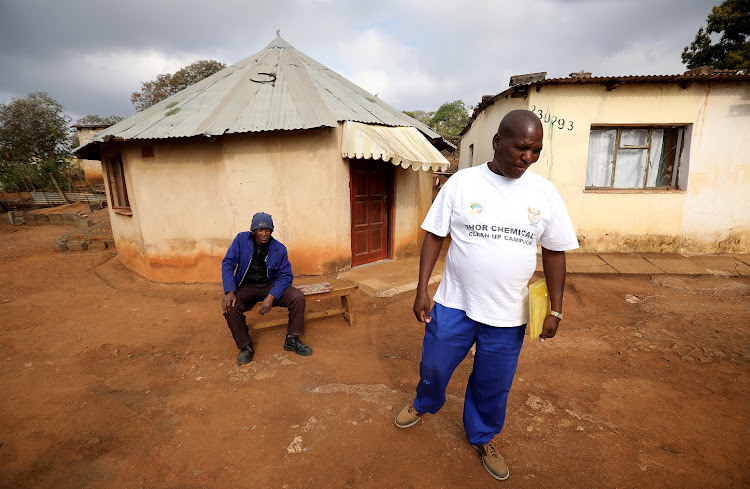 In retrospect Former colleagues Caeser Ntombela and Enock Nkosi say they would have never worked at Thor Chemicals had they known about the dangers.
Image: Sandile Ndlovu

He said had he known about the dangers of working at the plant he would have never sought employment there.

“They never give us proper training or the required precaution about the hazard chemicals we were working with. They took urine samples from us but we never got the results back; all they told us was that there was high levels of mercury in our urine.”

Nkosi said there was no supervision at the plant.

“My nails would turn brown and once I got burned very badly. I had blisters all over my arm and had to be admitted to Marianhill Hospital for two weeks.”

The compensation he had received from Thor was not enough.

Another former employee, Rogers Khanyile, who worked at Thor for eight years, said had he known what he was getting himself into, he would have rather pursued tertiary education.

He said they do not want or need Thor Chemicals in their area. The company had never given anything to the community. 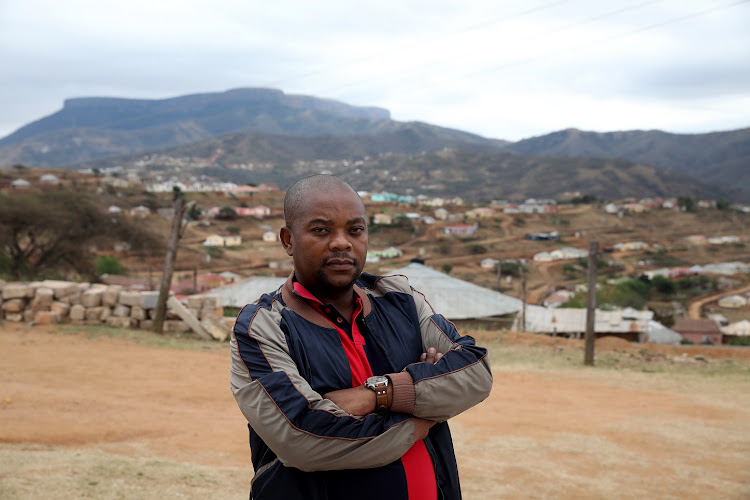 No doubt Inkosi of the KwaXimba community, Simingaye Mlaba, said the community firmly believe Thor was behind the fire.
Image: Sandile Ndlovu

“It is a useless company in the area and I cannot deal with that.”

Mlaba said the minister’s political adviser and members of the Green Scorpions would be meeting him and residents this week to provide feedback on Thor.

The company said it would respond to queries this week.

The department of environmental affairs said it was in talks with an international service provider to clean up the area.

Sasol: Shareholders are right to be cracking ...

Coup blimey! What a time for dictators to be all the rage