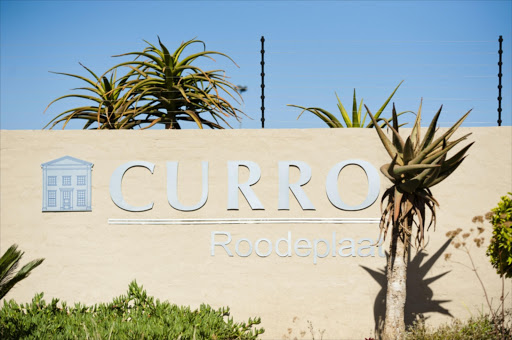 WALLED IN The Curro independent school chain has been hit by another allegation of sexual abuse.
Image: Gallo Images/Theana Breugem

The Curro independent school chain has been hit by another allegation of sexual abuse.

An investigation is under way after an 18-month-old baby from Curro Castle School in Mbombela, Mpumalanga, was allegedly sexually attacked about two weeks ago.

The parents took her to a doctor after noticing a red stain on her nappy while preparing her for a bath. It was concluded the child could have been raped, said Mpumalanga SAPS spokesperson Brigadier Leonard Hlathi.

A case of rape was opened at Nelspruit SAPS. No arrests have been made.

The general perception is that when you pay a lot of money for your child to be in a school, you are also ensuring their safety and well-being

“Curro has zero tolerance towards all forms of abuse and the various codes of conduct for employees and learners speak very strongly about and towards this,” said Mari Lategan, Curro spokesperson.

Prof Kobus Maree, an educational specialist at the University of Pretoria, said if it were to be proven that the 18-month-old was indeed sexually assaulted it was “the ultimate betrayal of trust”.

“The general perception is that when you pay a lot of money for your child to be in a school, you are also ensuring their safety and well-being,” he said.

Maree added parents invested money, energy and their trust in private institutions in the hope that they would be safe.

“This is not something to be taken lightly. It’s a lifetime scar that not only affects the victim but their loved ones, too. It’s a worrisome phenomenon,” said Maree.

He advised parents to check the school’s track records before committing to a contract with them.

“There are unforeseen circumstances, but sometimes it helps to check the culture of the school and the level at which they take matters seriously,” he said.

The Lowvelder newspaper in Mbombela reported another incident at the same school, this one of corporal punishment, where an assistant teacher was suspended pending an investigation.

This was allegedly after the teacher witnessed their colleague administering corporal punishment on a learner and did not report them to management.

In response, Lategan said all footage relating to the allegation had been viewed and no wrongdoing had been identified.

“SAPS have become involved and, as per our policies and procedures, we are cooperating fully with the authorities. A thorough investigation is being conducted internally and externally.

“Curro and SAPS must be given the time to do their jobs thoroughly without undue interference. Speculation and conjecture are ultimately painful and add to the difficulty experienced by those affected,” Lategan said.

The private school chain is no stranger to sexual abuse allegations.

In February, North West police opened an investigation after a rape case was opened after a one-year-old boy was allegedly dragged into a bathroom and raped at a Curro Academy school.

Police spokesperson Adele Myburgh said the boy was waiting for transport to pick him up after school. He was allegedly grabbed and dragged into a bathroom.

In January, a married teacher was dismissed for “inappropriate behaviour” after having a sexual relationship with a pupil at Curro Mount Richmore, Ballito.

Rapist was employed to guard crèche ... and ...

How did you get raped when you cannot see? the ...

Child killers must remain invisible to us. Here’s ...

What can you do if a firm plays fast and loose with your personal info?

Fear and looting in Soweto: inside the latest xenophobic nightmare