Yes, NHI might become corrupt ... and don’t chuck your medaid ...

Health chair says you can keep your private cover, but you'll have to pay for both. Oh, and, 2026 might be a tad optimistic 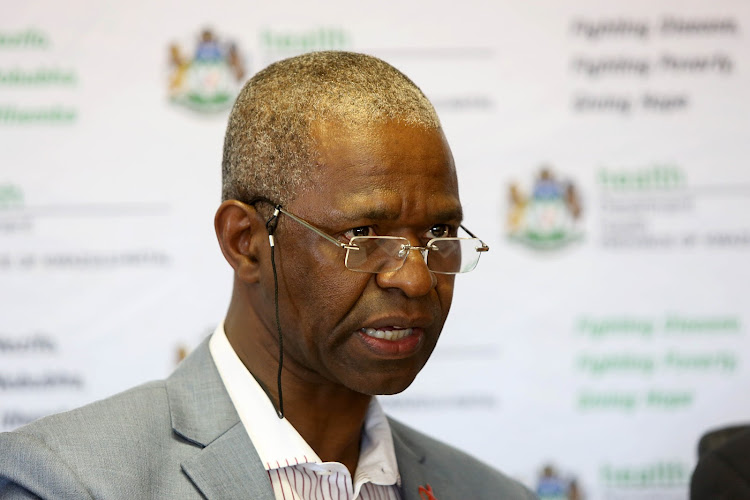 NHI journeyman Parliament health portfolio committee chairperson Dr Sibongiseni Dhlomo is confident that the NHI is the right journey for South Africa to take, even with the challenges that lie ahead.
Image: Thuli Dlamini

Medical aids will not be abolished, and you will be able to “jump the queue” if you choose to stay on private healthcare when the National Health Insurance comes into effect – but you will definitely be made to pay for both.

So says parliament’s health portfolio chair Dr Sibongiseni Dhlomo, who was speaking to Times Select on Thursday, a week after the NHI Bill was sent to parliament for discussion.

Dhlomo is expected to play a key role in the debate, not just because of his position but also because he was the KwaZulu-Natal health MEC for almost exactly 10 years. He also has the ear of health minister Zweli Mkhize, who he served with on the KZN cabinet.

NHI is a lovely idea, except under the ANC it’s a medical version of...

And while Dhlomo is confident NHI will be a success, he said the government would not ignore those who were nervous about the NHI.

“We are not going to abolish medical aid,” he said. “Because people are going to say: ‘I still need my medical aid, I need to make my own decisions about where I want to go [for treatment] with my funds [and] that the government is not yet up to this, in terms of improving the quality [of health care].”

That meant those who had medical aid would still be able to access the same private medicare as they did before.

“So you will be going to Umhlanga [private hospital] with your private medical aid and be taken care of. But there will still be patients who are walking into that hospital who are coming in from the package of services to be provided to these indigent patients [under NHI]. And that private hospital will find a way of making a claim to the pool of funds that have been put in place,” he said.

But if you decided to go that route, don’t think you’re off the hook for NHI payments. You will have to pay for both. Dhlomo calls this “double-dipping”.

Dhlomo was making reference to a funding proposal in the NHI Bill that states a tax will come directly from salaries.

“We give the benefit of the doubt to South Africans who will say that they are not sure yet, they don’t want to put themselves into this [NHI], that their health is so important that they want to see how this develops first before they line up for this NHI. Those people are free to use their medical aids because they then can jump the queue and move from home straight to a private hospital and be seen there.

“We do not have a problem with people who want to watch and see while keeping their medical aids. Perhaps in five or 10 years’ time, they will say: ‘There is no need for my medical aid. I can’t double-dip and pay this side and pay that side. I may as well contribute once because, by law, I’m contributing to the fund and getting the same service.’ That’s how we envisage it will go,” he said.

In a wide-ranging interview, Dhlomo said he couldn’t rule out that the NHI Fund – which will be billions of rands deep – wouldn’t be looted.

“I can’t foretell that people won’t come in and do wrong things in any institution. If you were to ask me: ‘Is there any fraud in your government hospitals?’ I would say I don’t know, because somewhere there may be no fraud, but somewhere else there may be.

“National treasury is going to come in here. We in health, as service providers, together with the private sector admin, will work very closely with national treasury in the administration of the funds.

But you are right, anything that has anything to do with money, people might have a temptation to really do this, that and the other.

“But you are right, anything that has anything to do with money, people might have a temptation to really do this, that and the other. I just hope and pray that there is going to be proper accounting for monies by those who will be tasked.

“From where I’m sitting, as a health activist, I have this passion for an NHI, for universal health access for all South Africans – quality and at no cost to them. As to people how they will package and manage this support is something that we hope will be administered free of corruption. But I can’t guarantee you and give you that upfront,” he said.

Dhlomo also revealed that he was not entirely confident that the deadline of 2026 for the bill to come into effect will be met. In his mind, it might take a little bit longer than the envisaged seven years.

“The objective of getting everyone to access health, quality health, is the main objective. We don’t underestimate the challenges we might face getting there.

“But as we put a target and assess, by 2023, by 2026, how far we have gone. All we are actually determining is that we shall put NHI, and it will be on an incremental and staggered manner. We are saying, it can’t be a ‘bing bang boom’. By 2026, we might have moved quite far, but we may not be surprised if we have not completely done it,” he said.

It all looks good on paper, but Times Select believes there are some crucial points the government needs to clarify
Ideas
2 years ago

While he said 2026 was still “the wish”, Dhlomo said some of the other countries that had gone the universal health care route “took up to 20 years” to get it in place.

“But the most important thing is to make the first step and to assess yourself as you go along. I may not be disappointed, so much, if by 2026 we have not really had a matured NHI, but if we’ve moved a bit,” he said.

Asked if taxing the population was the way to go in funding the NHI, Dhlomo was emphatic.

“The crude answer is ‘yes’, in the principle of social solidarity,” he said, describing NHI as a “noble cause”.

He said the universal health care would create the “high possibility of improving life expectancy”, improve “quality of life” and “improve access for citizens who otherwise never thought that health was actually a public good”.

“It’s also an opportunity for some of us to improve on the principle of social solidarity,” he added.

And, make no mistake, NHI is on its way.

“My biggest take is to borrow from the Chinese idiom that says a journey of a thousand miles starts with the first step. As South Africans, we are ready to take the first step. I may not be able to tell we’ll get to the 1,000 miles end, but I’m so optimistic that the challenges that we’re going to meet along the way will tell us that we’ve moved from the first step. That’s what keeps me going,” he said.

ANALYSIS: these 13 questions about NHI need ...

Taxes and more taxes: what to expect from NHI

These are the six lessons the NHI pilot projects ...

Sick state of affairs: is the NHI flatlining ...

How will NHI affect med aids? Stop asking me hard ...

ANALYSIS: How Cyril's got it wrong on NHI

Chilling warning ahead of hit attempt on tobacco baron