It will destroy medical aids and, besides, there just isn't enough money for it, experts warn 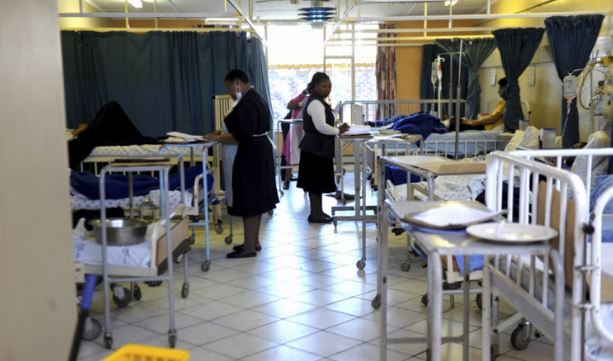 Ill-fitting solution? Experts say people who cannot afford to contribute to a medical aid on top of the NHI will be dumped onto the already overstretched public sector.
Image: Gallo Images/City Press/Muntu Vilakazi

Those surveyed by Times Select say there are simply not enough taxpayers to make the NHI work.

Even worse, they believe the health minister’s comments about what it may entail suggest policies that could lead to the end of medical aids, and a doctor exodus.

On Friday morning, health minister Zweli Mkhize gave parliament more details on how the NHI would work, suggesting all money spent on healthcare in SA would be shared.

Mkhize’s speech came a day after the cabinet approved a draft of NHI bill on Thursday.

Mkhize said: “NHI is a way of providing good healthcare for all by sharing the money available for healthcare among all our people. The health benefits that you receive will depend on how sick you are and not on how wealthy you are.”

In 2018, the NHI was proposed as a single state-run fund to buy healthcare for all, similar to how medical aids pay for private people to use healthcare.

Experts say that according to the current draft bill, South Africans will be forced to pay into the fund which could cause the collapse of medical schemes.

“The proposed mandatory payments into the central NHI fund will crowd out contributions to medical schemes as cash-strapped individuals will not be able to afford ... private [medical aid] contributions and  mandatory NHI payments.

“These individuals will then be dumped onto the already overstretched public sector.”

He said the government could not force private medical aid premiums to be redirected to their fund.

“They don’t seem to understand that it’s private money – the assumption is that it will magically become available for the NHI fund, which is not how it works.”

Health consultant Johan Serfontein said a single fund, as proposed by the draft bill and Mkhize in parliament, could not fix healthcare.

“A single-payer health system will create a state-owned entity twice the size of Eskom, while government has admitted that Eskom itself is too large to administer. The government should focus on fixing the critically ill public health system.”

The nursing union Denosa welcomed the adoption of on NHI by the cabinet but its acting general secretary, Cassim Lekhoathi, added: “Just as we have said before to the previous health minister, NHI will not arrive like manna from heaven and solve every inefficiency in our healthcare system.”

“Hospitals, clinics, doctors, specialists, dentists, nurses and all other health workers will also be available to provide services equally.”

The draft bill had said health workers’ prices would be capped: “The fund may withdraw the accreditation of a service provider if the service provider ... fails to adhere to the national pricing regimen.”

‘It’s chaos’: Doctors, nurses work in fear of their lives

Despite shootings and rapes, the government ignores pleas to fix security at hospitals, says Sama
News
2 years ago

Principal officer of Profmed medical aid Craig Comrie warned that doctors will leave SA if forced to work for the state at fixed prices.

“The impact on the existing healthcare professionals means that more will leave our shores for attractive global opportunities. The NHI fund will pay or employ private and public healthcare practitioners, meaning they are effectively public servants.”

On Thursday, the DA’s health spokesperson, Siviwe Gwarube, asked how much the NHI will cost and where the money will come from.

Mkhize did not give any clues to this on Friday, but said the NHI would actually fix the current shortfall in health spending.

“In the long term the investment in NHI will create a funding mechanism that will permanently resolve underfunding.”

“No funding mechanism anywhere can permanently resolve underfunding. There will always be demands in health in excess of what can be afforded, and a need for rationing.”

Comrie said: “It is surprising that the government would rush through the NHI Bill without a realistic financial plan.”

Treatment Action Campaign president Anela Yawa welcomed Mkhize’s comments that 2,680 of the 4,100 vacant doctors’ posts would be filled and that 2,371 nurses would be employed, since there are almost 4,000 vacant nursing positions.

The organisation said: “The TAC has always championed universal health coverage in a bid to reduce the gap in the two-tier healthcare system. We commit to actively participating in it if done within the prescripts of the constitution.”

But Yawa said the TAC will be monitoring how the health system is fixed, and warned that more money is not a “panacea” for the system.

Yawa also expressed concern that “we still don’t know” what was achieved in the NHI pilot districts.

The rich would be fools to pay a wealth tax to ...

ANALYSIS: How Cyril's got it wrong on NHI

Healthcare bill will cost SA an arm, a leg and ...

Just how expensive is intensive care? Now we know

Wheat a minute! Just because its label says ‘gluten-free’ doesn’t mean it ...

The EFF thugs are a short hop from Idi Amin, and it suits the ANC fine