Cops race to find source of bullets, explosives and poison

Cops race to find source of bullets, explosives and poison

Raids on Pretoria premises yielded enough ammo and gear 'to start a small war'. We speak to one of the 'buyers'

Police firearm and explosives specialists are racing to find the source of thousands of rounds of state-issued ammunition, explosives and suspected deadly poisons seized in raids across Pretoria.

Top of the team’s list is to establish what the suspected poisonous substances – which are believed to be cyanide and arsenic – were to be used for.

On Monday, police management clamped down on information on the raids, during which officers stormed a flat and a house in the Pretoria suburbs of Wonderboompoort and the Moot.

Of the ammunition, 1,000 rounds of 9mm and R5 police-issued bullets were hidden in a couch in the Wonderboompoort flat.

A 28-year-old man was arrested and six other people, including two women, taken into custody for questioning.

We need to give the investigators the space they need.

Times Select understands from police sources that the owner of the house is a former military explosives expert who is said to have links to the police.

Gauteng police spokesperson Brigadier Mathapelo Peters declined to comment on the investigation, “which is still at a preliminary and sensitive stage”.

“We need to give the investigators the space they need.”

Times Select understands that Hawks officers, who are tasked with specifically investigating firearm-related crimes, are to be brought in to assist detectives in the case.

Speaking on condition of anonymity, a man who was among those taken into custody by police and subsequently released on Monday after appearing in court, said he had assisted officers in their investigations.

“They initially came to my flat in Trouw and Steve Biko streets. I had some of the ammunition. I had 1,000 rounds. I’m a collector of military equipment. A buyer of sorts.

“I found the ammunition in munitions containers which I bought from the owner of the house in Swemmer Street in the Moot,” he said, adding that he had hidden it in his couch out of fear.

He alleged he knew something was wrong when he went to the house, “which I initially went to, to buy a compressor canister for my fridge”. 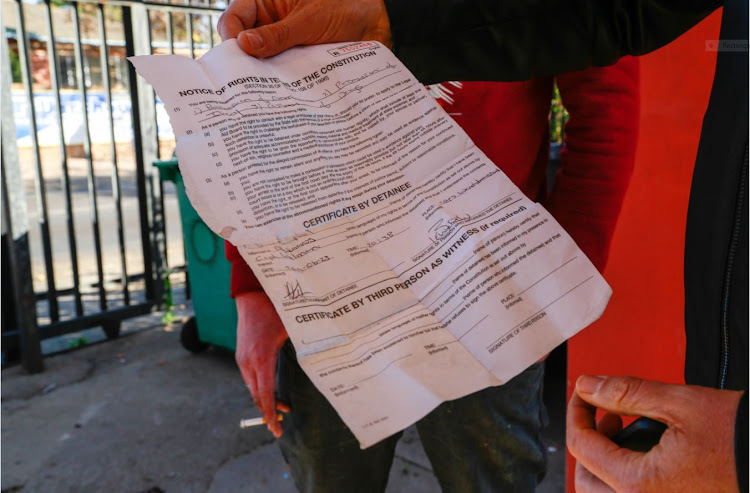 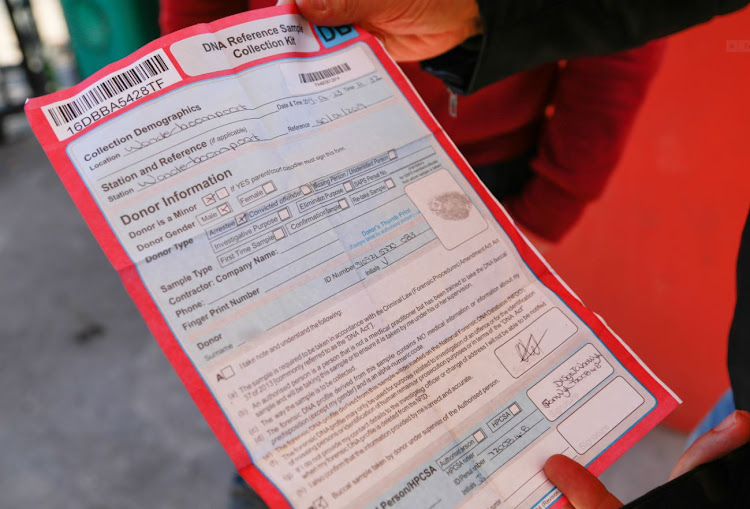 Showing Times Select a copy of a form for a DNA swab he had to give to the police, as well as his charge sheet, which shows he was charged for the unlicensed possession of ammunition and ivory, the man alleged that when he walked into the house he saw several firearms in the house, along with bullet-manufacturing equipment and explosive equipment and powders.

“There was the stuff needed for pressurised bombs, the kind that explode when you stand on them.

“There were enough weapons, bullets and other guns to start a small war. Whatever those guys were planning is dangerous.”

He alleged that as he was preparing to report his possession of the ammunition to the police, his house was raided by heavily armed officers.

“I don’t know how they found out I had this stuff, but I have cooperated. I wouldn’t have been released if I had not. I told them where the bullets came from, where explosives and the drugs in the other house were hidden.

“The bullets there included tracer rounds and armour-piercing ammunition. There were lots of these.”

There was the stuff needed for pressurised bombs, the kind that explode when you stand on them.

Dries Gibson, who lives opposite the Moot house, described the owner as a pleasant person.

“He is elderly. I would always see him at his gate waving and greeting people. But, ever since his wife died last year he has mostly kept to himself. His son, who lives on a plot north of Pretoria, sometimes comes to visit.

“There are group of rough people who moved into his place a while back. I have never seen them before, but they don’t look okay.

“One guy seems to help the old man around his house, but I don’t like the look of the others.”

He said Sunday’s raids had taken neighbours by surprise.

“When I asked the police what was happening all they would say is that it is official business. They left very late on Sunday night. They were in and out of the house.

“We got spooked when we saw them in the chemical suits, removing bags from inside the property.”

Full precaution Forensic investigators suit up on Sunday after discovering substances suspected to be poison in a Pretoria home.
Image: Graeme Hosken

A police source said substances, some of which had, in field tests, indicated to be cyanide and arsenic, had been taken to a forensic laboratory for analysis.

“The house contained a small armoury of stolen military- and police-issued equipment. Detectives are trying to establish where it came from and, importantly, where it was destined for. There are thousands of rounds here, including explosives.”

Ubers are cheaper in Cape Town than in Jozi. Why?

SA’s fight against global hacking onslaught ‘is a ...

‘The Zim market was self-dollarising ... it was out of control’