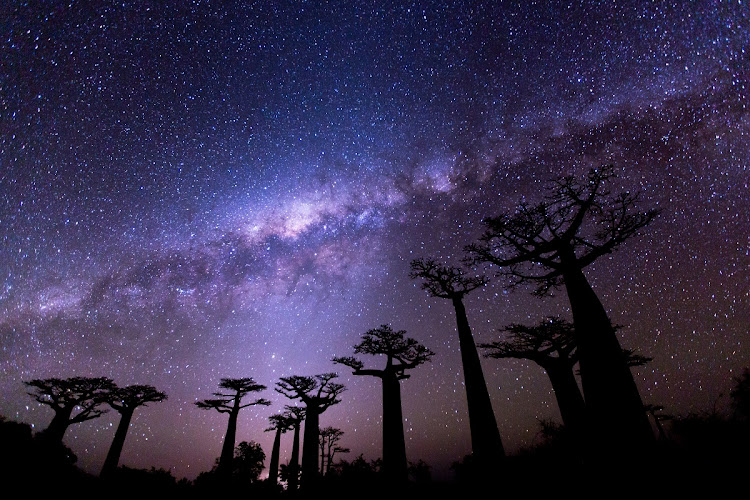 BAOUTIFUL For 15 years astronomers have battled to understand what causes fast radio bursts in the Milky Way and other galaxies.
Image: 123RF/petrilopia

Powerful bursts of radio waves emanating from a distant dwarf galaxy that were detected using a massive telescope in China are moving scientists closer to solving what one called a “cosmic mystery” that has lingered for years.

Since being discovered in 2007, astronomers have struggled to understand what causes phenomena called fast radio bursts involving pulses of radio-frequency electromagnetic radiation originating from places inside our Milky Way and other galaxies. Radio waves have the longest wavelengths in the electromagnetic spectrum.

Astronomers suspect these bursts may be unleashed by certain extreme objects. These might include a neutron star, the compact collapsed core of a massive star that exploded as a supernova at the end of its life cycle; a magnetar, a type of neutron star with an ultra-strong magnetic field; and a black hole messily eating a neighbouring star.

Researchers this week said they had detected a fast radio burst, or FRB, originating from a dwarf galaxy nearly 3-billion light years from Earth. A light year is the distance light travels in a year — 9.5-trillion kilometres. This galaxy’s collective star mass is roughly one-2,500th that of our Milky Way.

The FRB was first spotted in 2019 using the FAST telescope in China’s Guizhou province, the world’s largest single-dish radio telescope, which possesses a signal-receiving area equal to 30 football fields. It was studied further using the VLA telescope in New Mexico.

“We still call fast radio bursts a cosmic mystery and rightfully so,” said astrophysicist Di Li of the Chinese Academy of Sciences in Beijing, the FAST chief scientist and co-author of the research published in the journal Nature.

“Fast radio bursts are intense, brief flashes of radio light that are powerful enough to be seen from across the universe,” added Caltech astronomer and study co-author Casey Law. “The burst blinks on and off in about a millisecond, far faster than the blink of an eye. Some sources of FRBs have been found to emit multiple bursts in what look like storms of activity, but others have only been seen to burst once.”

The newly described FRB is a repeating one that also features a persistent but weaker radio emission between bursts. In other words, it always remains “on”. Most of the roughly 500 known FRBs do not repeat. The new one closely resembles another discovered in 2016 that was the first FRB whose location was pinpointed.

Li noted that numerous hypotheses have been offered to try to explain these bursts.

“The abundance of models reflects our lack of understanding of FRBs. Our work favours active repeaters being born out of an extreme explosive event such as a supernova. These active repeaters are also young, as they have to be seen not long after the birthing event,” Li said.

The astronomers suspect the newly described FRB is a “newborn”, still enveloped by dense material blown into space by a supernova explosion that left behind a neutron star. They said repeating bursts may be a trait of younger FRBs, perhaps dissipating over time.

Discoveries such as this may help scientists determine the cause of these radio bursts. Scientists previously were able to craft an explanation for the cause of another enigmatic phenomenon — hugely energetic explosions called gamma-ray bursts — as originating from the death of massive stars, merging neutron stars and magnetars.

“FRBs have rapidly risen to become a wonderful example of an astrophysical puzzle, just as gamma-ray bursts were a few decades ago,” Law said. “We know more and more about the phenomenon, where the sources live, how often they burst, etc. However, we are still chasing for that golden measurement that will give us a definitive answer to what causes them.”