How ‘Stranger Things’ and TikTok are running Kate Bush classic ... 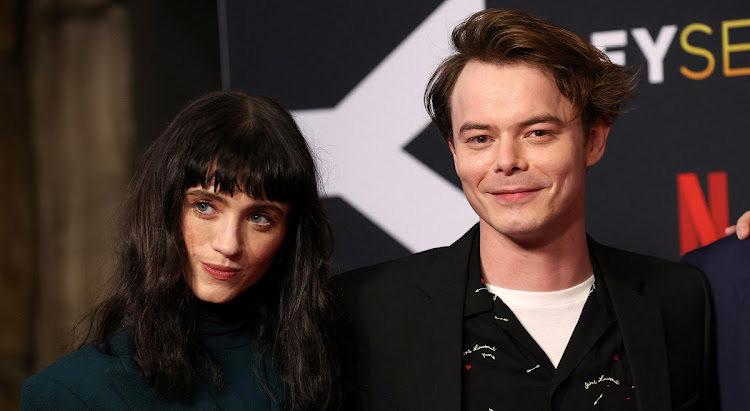 SHE EVEN LOOKS LIKE KATE! 'Stranger Things' cast members Natalia Dyer and Charlie Heaton pose at an event for the series.
Image: Mario Anzuoni/Reuters

Netflix’s nostalgia-laden thriller Stranger Things returned last month and with it came the revival of another classic from the 1980s, Running Up That Hill by Kate Bush. The song plays a prominent part in the narrative connected to one of the show’s leading teen cast members and is featured in a climactic and visually stunning scene that has been making the rounds on the internet.

In a post on her website at the weekend, Bush showered praise on the show and Netflix: “You might’ve heard that the first part of the fantastic, gripping new series of Stranger Things has recently been released on Netflix ... It features the song, Running Up That Hill, which is being given a whole new lease of life by the young fans who love the show — I love it too!”

One thing missing from the acknowledgment is mention of another digital platform helping to boost the song’s presence: TikTok. A 30-second version of the Stranger Things clip has been posted and reposted on TikTok, gaining millions of views in just more than a week and Bush’s song has been used in more than 500,000 short videos.

Those featuring it depict teens cosplaying as characters, acting out scenes from the shows and making humorous meme videos (“my friends playing my favourite song trying to save me ... my airpods die”).

Others engage less with Stranger Things and more with Bush, in videos depicting connecting with parents over a shared love, recommending more of Bush’s music and sharing joy that a new generation of audiences might be discovering the influential artist for the first time. The song speaks to misfits and of desperation, themes as relevant to teens in 2022 as they were in 1985.

The runaway resurgence of Bush’s 1985 classic could be a signal to film and TV producers to make clips more “TikTokable”.

Songs with short, catchy hooks that are attached to eye-grabbing visual sequences in clips that are 60 or, better yet, 30 seconds maximum are more likely to be picked up on and shared on TikTok.

The chances of going viral can be improved by choosing classic chart-toppers that may find a revival among younger audiences. Naturally, when a beloved artist is found by Gen-Z audiences, it leads to gatekeeping by longtime fans and counter-gatekeeping by fans who are thrilled to see a younger audience connecting with one of their favourite artists’ music.

The chances of going viral can be improved by choosing classic chart-toppers that may find a revival among younger audiences. Naturally, when a beloved artist is found by Gen-Z audiences, it leads to gatekeeping by longtime fans and counter-gatekeeping by fans who are thrilled to see a younger audience connecting with one of their favourite artists’ music.

Stranger Things is not the first to capitalise on the power of musical nostalgia. The successes of films such as Guardians of the Galaxy have proven to be powerful tools to give older songs a reprisal on the radio and popular charts. TikTok challenges and audio memes have helped catapult other classics back into vogue, such as Harry Belafonte’s Jump in the Line, The Shangri-Las’s Leader of the Pack, remixed into Oh No by Kreepa, and, of course, Fleetwood Mac’s Dreams.

TikTok is a music-centric platform. It takes advantage of musical innovations pioneered on earlier short video platforms such as Flipagram, Dubsmash and Musical.ly. These platforms allowed users to draw from an internal library of popular songs, creatively add them to video creations and use features like Duet to place themselves next to their favourite artists.

Unlike streaming services such as Apple Music or Spotify, users can take a more active and playful role interacting with music on TikTok.

Radio and the charts

As with other musical TikTok phenomena, Running Up That Hill might be more than a momentary flash in the pan. In 2020 TikTok claimed more than 70 artists who first emerged on the platform had secured record deals and the Billboard charts now frequently feature songs that went viral.

The song has returned to the Top 10 singles charts in the UK and is set to overtake Harry Styles’s As it Was as the number one single in Australia.

Bush being reserviced to radio, physically or digitally delivering music to radio stations by her label, is a significant development. In the past much money and influence has been involved in getting music onto the radio. For a song that has not received play for decades to spontaneously reappear is a “watershed moment”, according to a Warner Music label executive. Despite the growth and dominance of streaming, radio still plays a pivotal role for curation and discovery in music markets worldwide.

Radio play brings such songs to those who might not use TikTok or haven’t got around to watching the new season of Stranger Things.

While much focus in the music industry has centred on how to make songs go viral on TikTok, labels and artists might want to reconsider the radio as the true measure of success for songs travelling through the pipeline from TV to TikTok to Top 40.

D Bondy Valdovinos Kaye is a lecturer at Queensland University of Technology.

Hellier’s bells! Unique 1679 Stradivari violin could fetch up to R170m