The battle might seem new, but it is just history repeating itself 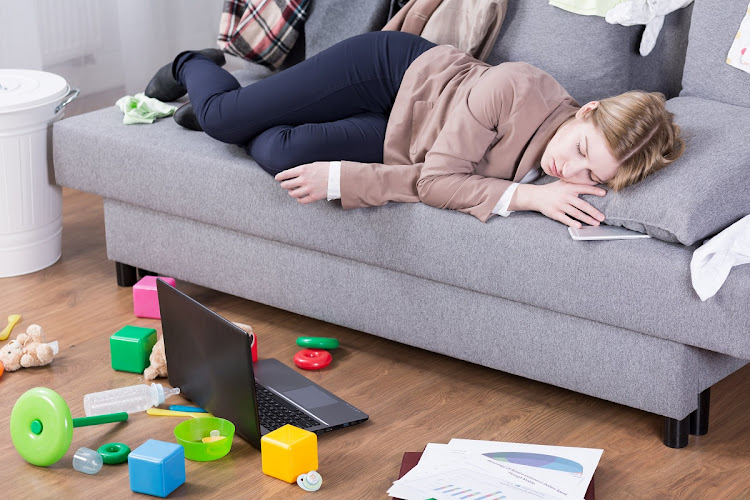 AT PEACE? Minimalism is more difficult than ever, especially if you have children.
Image: 123RF/bialasiewicz

Have you heard maximalism is in and minimalism is out? Rooms bursting at the seams with clashing florals, colourful furniture and innumerable knick-knacks, this is what defines new interiors trend cluttercore (or bricabracomania).

Some say it’s a war between generation Z (born between 1997 and 2012) and minimal millennials (born between 1981 and 1996), symptomatic of bigger differences. Others say it’s a pandemic response, when our domestic prisons became cuddly cocoons, stimulating our senses, connecting us with other people and places. But what really lies behind the choice to clutter or cull?

Why do some people revel in collections of novelty egg cups? Or have so many framed pictures you can barely see the (ferociously busy) wallpaper? And why do those at the other end of the spectrum refuse to have even the essential stuff visible in the home, hiding it behind expensive, incognito cupboards?

One important reason for the clash between minimalism and maximalism is simple: the relentless pendulum swing of fashion. Whatever psychological or cultural rationale pundits may suggest, fashion is always about the love of what strikes us as new or different.

This struggle might seem new, but it is just history repeating itself, encapsulated in the interior struggle between less and more that began between class-ridden Victorian commodity culture and modernism’s seemingly healthy and egalitarian dream.

Victorians liked stuff they could put on display. These things communicated their status through solid evidence of capital, connectedness, signs of exotic travel and colonial power. Think inherited antique cabinets and Chinese ivory animals. Then imagine the labour required to not only create, but polish, dust, manage and maintain these myriad possessions.

The minimalist mantra 'less is more', courtesy of German art school the Bauhaus, was established in the 1920s. For some modernists 'needless decoration' was a sign of an 'uncivilised' (read feminine and non-white) mind. They nevertheless also looked to 'primitive' cultures for bold aesthetics and authenticity superior to Western excess.

But this deluge of stuff was made possible for more people as mass-produced commodities, especially those created from synthetic materials, became cheaper.

All this created a novel and lasting problem: how to choose and how to organise a world with so much aesthetic possibility — how to make things “go together”. The 19th- and 20th-century guardians of culture and the “public good” were just as concerned about the spiritual chaos of too much clutter as modern “organisational consultants” such as Marie Kondo.

In response, they set up design schools and educational showcases, such as the Great Exhibition of 1851, the 1930 New York World’s Fair and the Festival of Britain in 1951.

The minimalist mantra “less is more”, courtesy of German art school the Bauhaus, was established in the 1920s. For some modernists “needless decoration” was a sign of an “uncivilised” (read feminine and non-white) mind. They nevertheless also looked to “primitive” cultures for bold aesthetics and authenticity superior to Western excess.

Modernists believed simplicity and elegant functionality, enabled by mass production and cost-effective new materials (such as tubular steel and plywood), could promote social equality in interior design. They had a point. Without staff, what working person can, realistically, keep “curated” clutter looking cool (and clean)?

But what about “cosiness”? That feeling described in the 1990s as “cocooning or providing a “warm welcome” to guests?

A 1980s US study found the “homeyness” desired in interiors was achieved by successive circles of stuff, from the white picket fence to the wisteria on exterior walls, the wallpaper, pictures and bookshelves lining the interior walls, then furniture arranged also in roughly circular formations.

These layers would then be overlain with decorations and texture, making symbolic entry points and enclosures. “Homey” was aesthetically the total opposite of modern minimalism, the “functionality” of which was perceived as cold, unsympathetic and unwelcoming.

Despite this popular rejection, modernism was the postwar default for European 'good taste', seen in design headquarters and high-end interiors magazines. But wasn't it all not just uncomfortable, but also a bit boring? And unfortunately, every bit as unforgiving without a lot of cash and a team of cleaners?

Despite this popular rejection, modernism was the postwar default for European “good taste”, seen in design headquarters and high-end interiors magazines. But wasn’t it all not just uncomfortable, but also a bit boring? And unfortunately, every bit as unforgiving without a lot of cash and a team of cleaners?

Rebelling against modernist mantras, 1980s design sought to put “the fun back into function” for sophisticates. However, ordinary people were always buying fun stuff, from plastic pineapples to granny-chic knick-knacks.

Nowadays, the “safe” and default mainstream option is a broadly defined “modern” look characterised by Ikea. But it’s not really minimalist. This look encourages an accumulation of stuff that never quite functions or fits together, and which still fills a room according to the ethos of homeyness, even though each object may “look modern”.

It fails to tell a convincing story of the self or remain tidy, prompting further purchases of “storage solutions”. Minimalists strip this back to a minimum of objects with a neutral palette. Fewer mistakes equals less chucking out. Less stuff equals less to change when you tire of it.

But minimalism is more difficult than ever. We are powerless against the tides of half-wanted incoming consumer stuff, especially if you have children, which makes achieving minimalism all the more impressive. People who do achieve it frame their shots with care and chuck a lot of stuff away.

Making a more elastic aesthetic look good is also difficult, maybe more difficult. Clutter lovers range from sub-pathological hoarders, to upper middle class apers of aristocratic eclecticism, to ethical “keepers”. An aesthetic mess can look like an accidental loss of human control, identity or hope. It takes a lot to make harmony out of all that potential noise — and keep it tidy.

Cluttercore is perfect for now, a vehicle to display the curated self, the “interesting” and “authentic” self so demanded by social media. And it hides behind the idea that anything goes, when maybe some things must.

Vanessa Brown is a course leader in MA culture, style and fashion at Nottingham Trent University in the UK.

In the Cannes: stars flock back as film festival shakes off Covid curbs