From beaming beauties to ‘Beam me up Scottie’, this is the BMW ...

From beaming beauties to ‘Beam me up Scottie’, this is the BMW 7-Series

With BMW about to launch its latest version of the iconic 7-series, lets look at how the car has evolved over the years 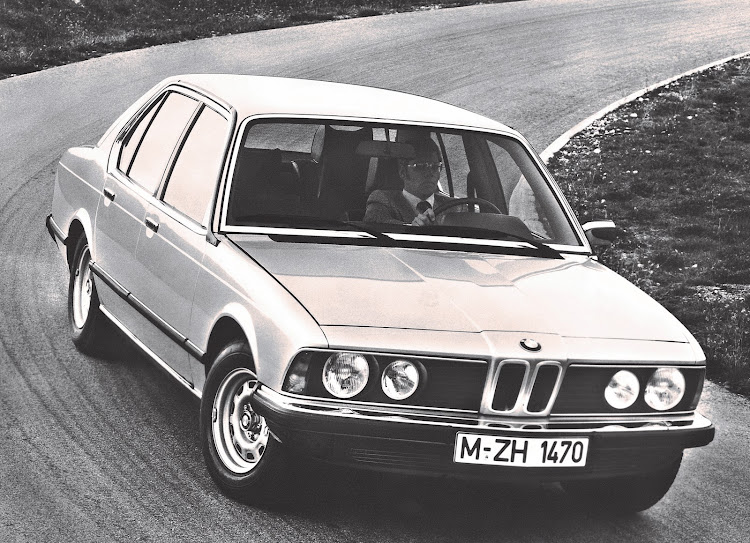 ORIGINAL The 7-Series has always been a serious car for serious people.
Image: Supplied

The Audi A8, BMW 7-Series and Mercedes-Benz S-Class are flagship offerings of their respective stables that pander to a very specific demographic – diplomats, captains of industry, hip-hop stars or debonair action-man chauffeurs, as in the case of a certain Transporter.

True to the identity of the Bavarian automaker, the BMW has always positioned itself as the sharpest driving tool of the trio. The newest expression was recently released — and sparked controversy, as other designs from the marque have done in times of late. Join us for a quick look at how the model has evolved since inception. 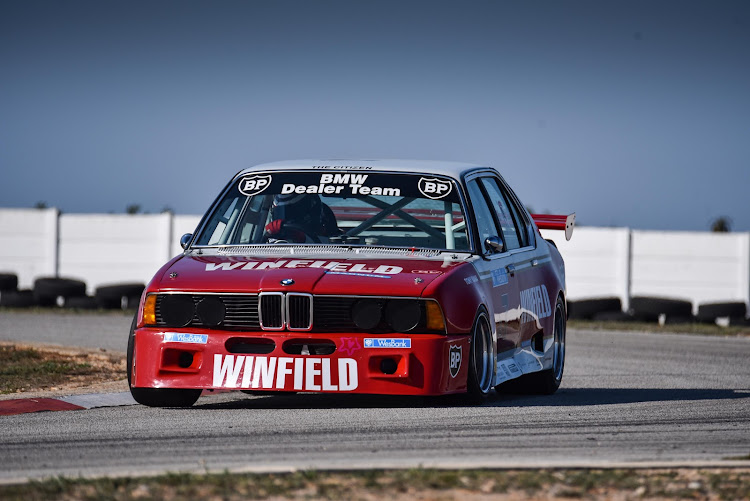 TRACKING SA was the first country to take a 7-Series racing.
Image: Supplied

It all began with the E23, birthed in 1977, which took the baton from the E3 as the full-sized, range-topping offering by the brand. Stylistically, the model bore the shark-nosed front-end that characterised BMW, with the legendary Paul Bracq the designer. Perhaps the most coveted of them all was the 745i, developed for the South African market, which wielded the same M88 motor that featured in the M1 supercar. And it went racing. Campaigned by Tony Viana, a 745i went on to win the 1985 Group One Championship and was the first 7-Series race car in motorsport, worldwide. Apparently the suits at HQ in Germany weren’t all that happy with the endeavour at the time. 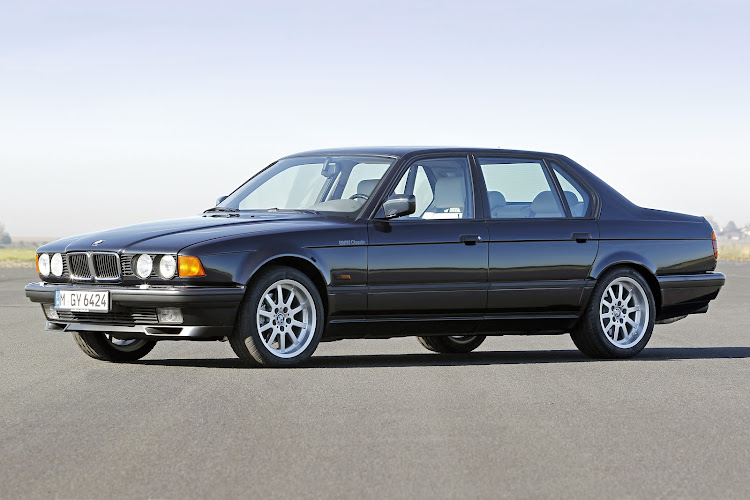 Did you know that the E32 7-Series in 735i guise was the South African Car of the Year for 1988? At the time, the decision was probably as wild as when Porsche took the title with its Boxster in 2013. In 1987, the E32 broke an interesting hiatus: it was the first German luxury saloon with a V12 in 50 years. The 750i packed a 5.0-litre mill with a creamy dozen. A hugely indulgent prospect in contrast to the ethically conscious approach to luxury motoring seen by the marque today. “Refinement, low noise levels and excellent balance between performance and fuel consumption set new benchmarks in engine design,” in the words of BMW. 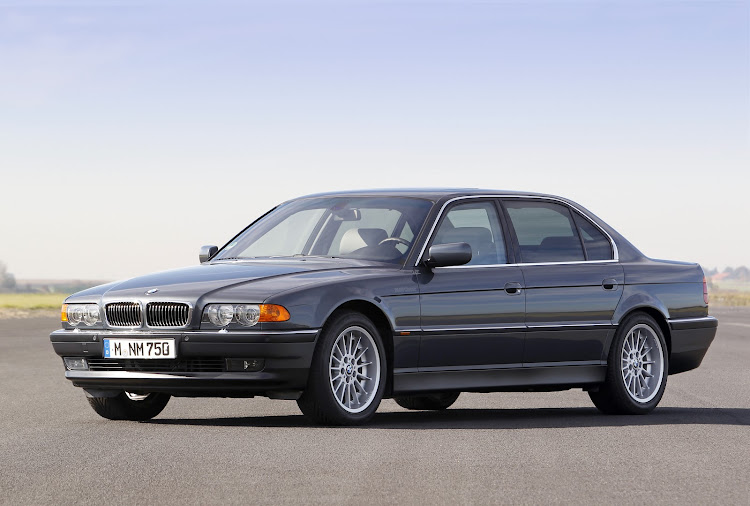 The svelte E38 even served as James Bond’s steed in 'Tomorrow Never Dies', remote-controlled via an Ericsson mobile that would be downright cumbersome by today’s standards.

Ask most aficionados and they are likely to pick the E38 as the most exquisite 7-Series of them all, with a level of sophistication — and a sense of underlying menace — never quite matched by subsequent iterations. The svelte E38 even served as James Bond’s steed in Tomorrow Never Dies, remote-controlled via an Ericsson mobile that would be downright cumbersome by today’s standards. Jason Statham caned the living daylights out of black, manual 730i in the first Transporter movie. Even our beloved Tata Madiba was chauffeured around in an armoured 7-Series. It was loaned to the former president by BMW SA. As was reported in a Car magazine feature, the vehicle boasted a strengthened floor plan and on-board fire extinguisher. 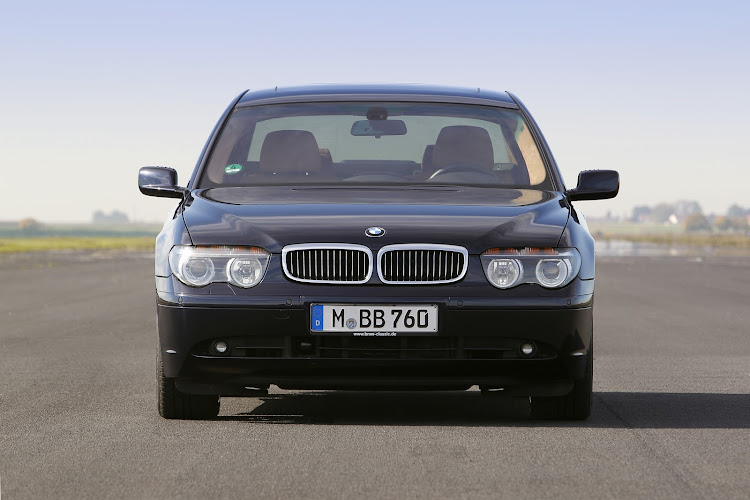 UNGAINLY The E65 was not its finest hour.
Image: Supplied

The E65 of 2003 was regarded as a low-point for the 7-Series. And while its progressive, flame-surfaced exterior did set an agenda that inspired other manufacturers, you have to concede: compared to the sleekness of the E38, this E65 was downright ungainly. Chris Bangle often gets the rap for its design, but it was actually styled by Adrian van Hooydonk, currently design director at the BMW Group (this was Bangle’s old title). Indeed, under Van Hooydonk’s watch the world has seen a number of ... shall we say “interesting” expressions from BMW. A life-cycle improvement gave the E65 a somewhat more traditional look, but those bulky proportions remained. 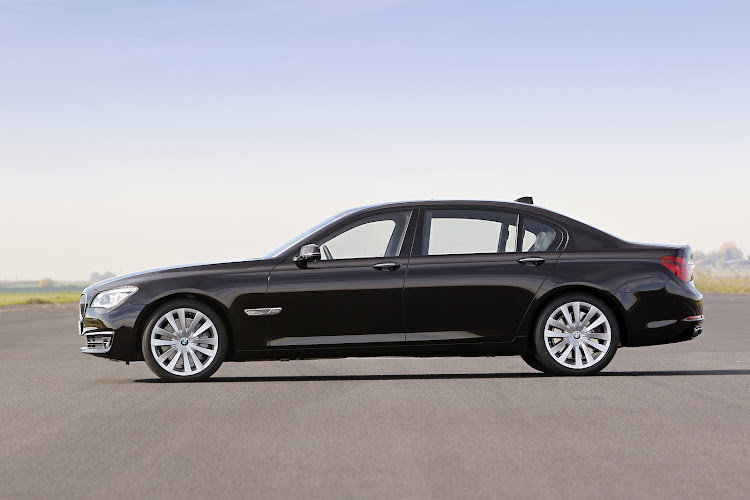 STYLISH The F01 gave us a first taste of semi-autonomous assistance.
Image: Supplied

With the F01 7-Series, those trademark kidney grilles were at their largest. This fifth generation also marked the adoption of turbocharged-petrol power, with boosted V8 and six-cylinder derivatives. Optional driver assistance systems like adaptive cruise control with a stop-and-go traffic function gave the vehicle an inkling of semi-autonomous trickery. Its infotainment system featured an internet browser, while buyers could also specify a function that allowed remote presetting of the climate control, via cellphone. Four-wheel steering was another item on the options list, affording greater manoeuvrability. In all, the F01 was less divisive than its predecessor from a stylistic perspective. 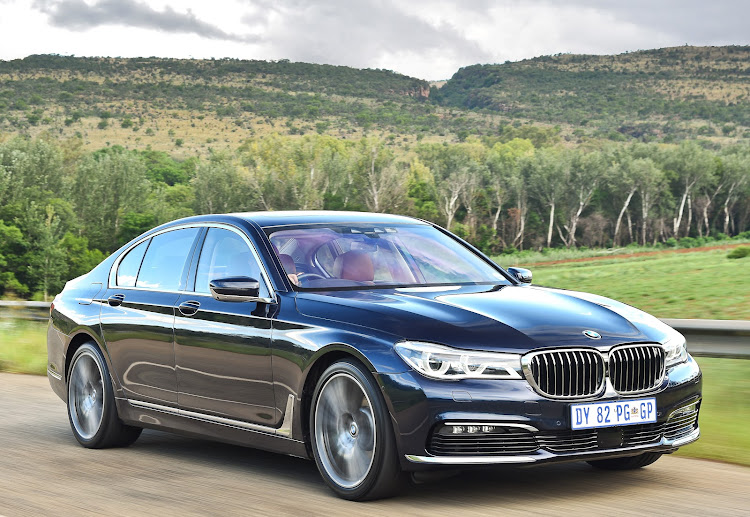 SMOOTH The most attractive 7-Series since the E38?
Image: Supplied

Leaner and meaner (for a bit)

In January 2016 the sixth-generation, G11-code 7-Series landed on South African shores. And it was an absolute stunner — a return to form, if you ask some, with a sleeker impression that echoed flavours of sophisticates like the E38. Its headlights were narrower, with a furrowing gaze. And its kidney grilles were sensibly sized and proportionate. It also introduced a new layer of semi-autonomous capability, with steering interventions linked to a more advanced adaptive cruise control function. But if you decided to take the helm yourself, the large bimmer did not disappoint. No matter which engine you opted for, the experience was a creamy, smooth one. Of course, the V12 M760Li xDrive was a complete brute, a genuine iron fist in a velvet glove. Then BMW went and ruined the look with the updated version, which spawned a pair of nostrils inspired by the fins of an oil heater. 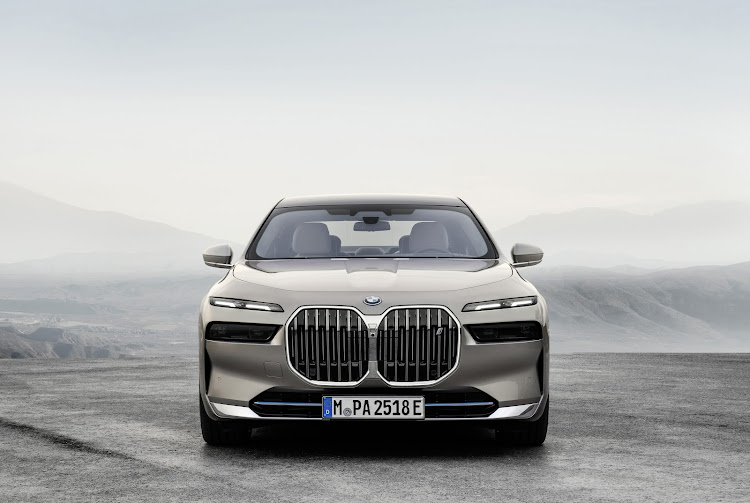 Last month BMW took the wraps off the seventh-generation car. And quite a few of us wished that they had just kept those wraps on, because it looks, well, as hideous as stablemates like the iX electric sport-utility vehicle and behemoth X7. One thing you can depend on from the manufacturer in 2022 is a grille-intensive frontal area that looks as if it was designed to inhale pedestrians. And that is basically what you get with the latest car. It will be brimming with technology, however, with a cabin that is largely digitised. An all-electric i7 version is on the cards too. Aesthetically, the chintzy, garish new 7-Series is not all that friendly on the eye. But maybe the substance beneath the skin can redeem our estimations of the vehicle. It will be launched here towards the end of the year.