How new hi-tech archaeology is revealing the ghosts of human ...

Using a cheap technique, experts are uncovering motifs they previously wouldn’t have been able to 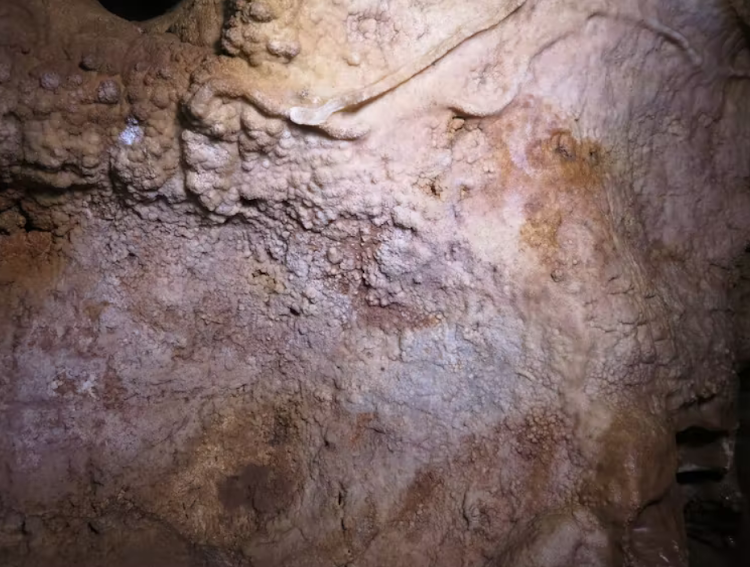 HANDY An unenhanced digital photograph of a hand stencil in Maltravieso Cave in Spain.
Image: The Conversation

New details of our past are coming to light, hiding in the nooks and crannies of the world, as we refine our techniques to go looking for them. Most lauded is the reconstruction of the evolution of humanity since our African origins around 300,000 years ago by analysing our living and fossil DNA. Replete with the ghosts of African and Eurasian populations of the deep past, these have been resurrected only through the ability of science to reach into the world of the minuscule by studying biomolecules.

Now, digital analysis of rock surfaces reveals how other ghosts of the deep past, this time from almost 2,000 years ago in North America, have been coaxed into the light. Writing in the journal Antiquity, Prof Jan Simek of the University of Tennessee and colleagues have published images of giant glyphs carved into the mud surface of the low ceiling of a cave in Alabama.

The motifs, which depict human forms and animals, are some of the largest known cave images found in North America and may represent spirits of the underworld.

In terms of dating the findings, ancient people rejuvenated a light in the cave (a flaming torch of American bamboo) by stubbing it against the cave’s wall. This left a residue that the researchers were able to date with radiocarbon to 133 to 433AD. This was also in accord with the age of pottery fragments ancient artists left in the cave.

The problem is seeing the paintings. The cave ceiling is only 60cm high, which makes stepping back to view the large images impossible. They were revealed only through a technique called photogrammetry, in which thousands of overlapping photographs of an object or place are taken from different angles and digitally combined in 3D. Photogrammetry is a cheap technique increasingly used in archaeology to record artefacts, buildings, landscapes and caves. It allowed Simek’s team to “lower” the cave floor up to four metres, enough for the complete motifs to come into view for the first time.

Rock art is found on almost every continent and the earliest is at least 64,000 years old. It is likely we know of only a tiny percentage of the rock art created in the past. Pigments can dull and disappear, thin engravings can erode to nothing and cave walls can crumble or be covered by crusts of carbonate deposits or mud. Assuming more art does survive, the chances are we may never see it unless we invest in research and new technologies. 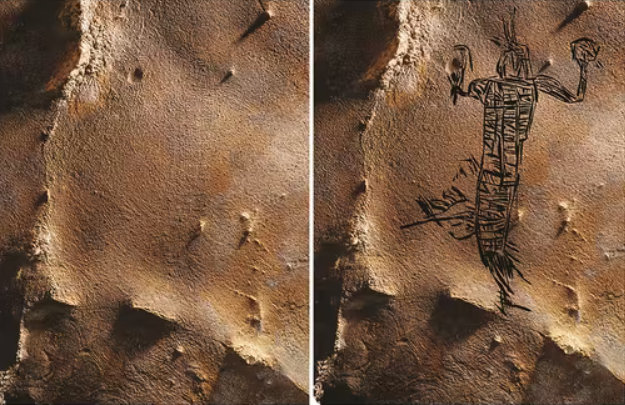 Rock art in the dark zone of caves beyond the natural light in cave mouths was only discovered in North America in 1979, more than a century after its discovery in Europe (at Altamira in northern Spain). Some 500 European caves are known to contain rock art from the Pleistocene era between 2.6-million and 11,700 years ago.

One example critical to our research only came to light through digital manipulation of images we took of it.

Light engravings, a very common Pleistocene technique, are notoriously difficult to see. Parts of them may come to light using light shone at an oblique angle, which we refer to as raking light. But with a technique known as reflectance transformation imaging (RTI), which is similar to photogrammetry, 3D models can be illuminated from any angle. These can reveal far more complete and complex images.

Future archaeological searches for rock art will probably benefit from recent developments in airport security. Full-body scanners use far infrared frequency light that safely penetrates clothing to reveal concealed weapons or contraband, and similar techniques have been used to “see through” layers of prehistoric wall plaster to paintings underneath. When these scanners become small and cheap enough to take into caves, who knows what further ghosts will come to light.

Paul Pettitt is a professor in the department of archaeology at the UK’s Durham University.

Alistair Pike is professor of archaeological sciences at the UK’s University of Southampton.

Coaching qualifications must be a minimum, not an option

It’s madness! Dr Strange is back, but he won’t be going to Saudi Arabia