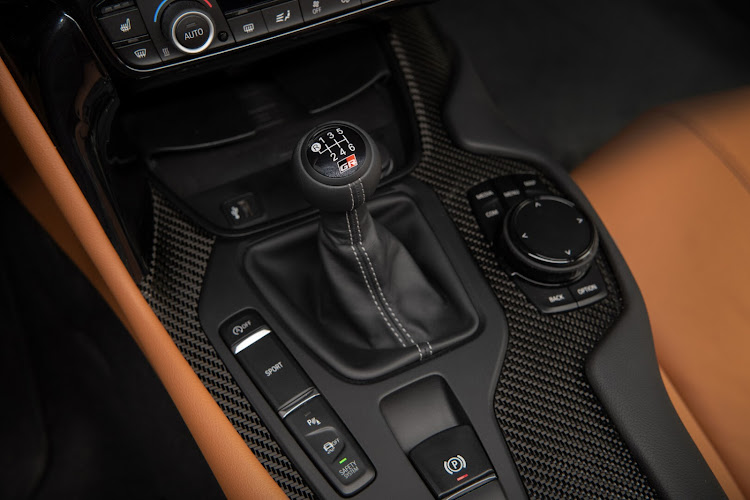 Your eyes aren't deceiving you. That's the six-speed shifter of the new Toyota Supra.
Image: Supplied

First launched locally in 2019, the Japanese sports car got a mixed reception. Purists questioned the authenticity of the model, given its co-development with BMW and kinship with the Z4. Others relished the return of the nameplate and classic configuration employing six cylinders and rear wheel drive. 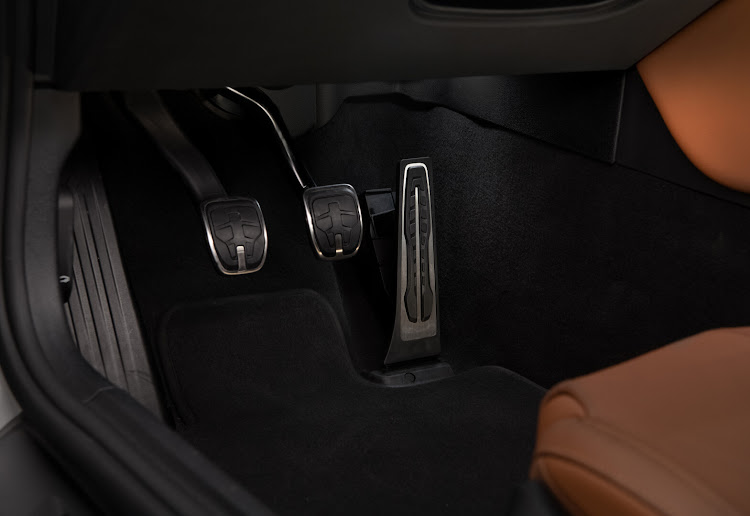 It was not long before the sporting coupé won over naysayers with its heady mix of engaging, lively handling, sparkling straight-line performance and characterful engine acoustics. Now the recipe looks set to become even better thanks to the involvement a manual transmission will bring.

Manual performance cars are a dying breed, with most having adopted automatics in entirety, whether dual-clutch or torque-converter. But some brands are showing their willingness to keep pandering to those aficionados who relish using their left feet. 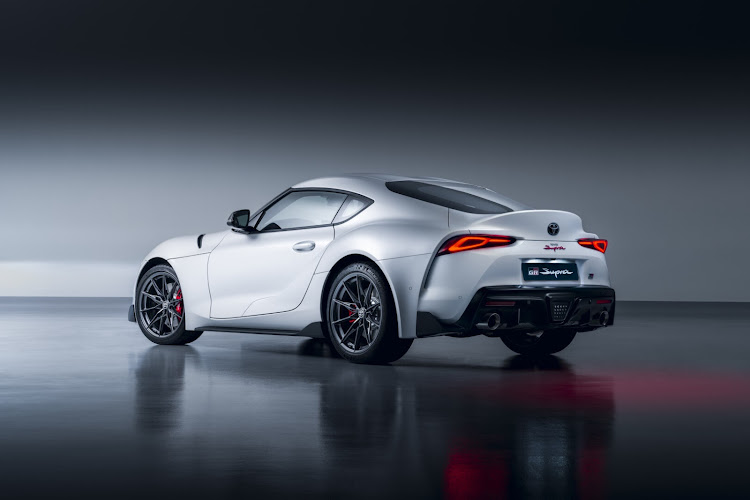 Porsche is a good example. Toyota has indicated quite firmly, in recent times, that it will not fully relent to a world without machines that allow drivers to row their own. Consider the acclaimed GR Yaris, for example, or the GR Corolla that was revealed recently, wielding six-speed manuals by default.

Toyota claims the gearbox in the imminent Supra has been newly developed. It incorporates automatic throttle-blipping for smoother shifts. The shifter lever is said to have been carefully weighted. In some markets overseas Toyota sells a 2.0-litre, four-cylinder Supra, but this version will not receive the option of the manual. 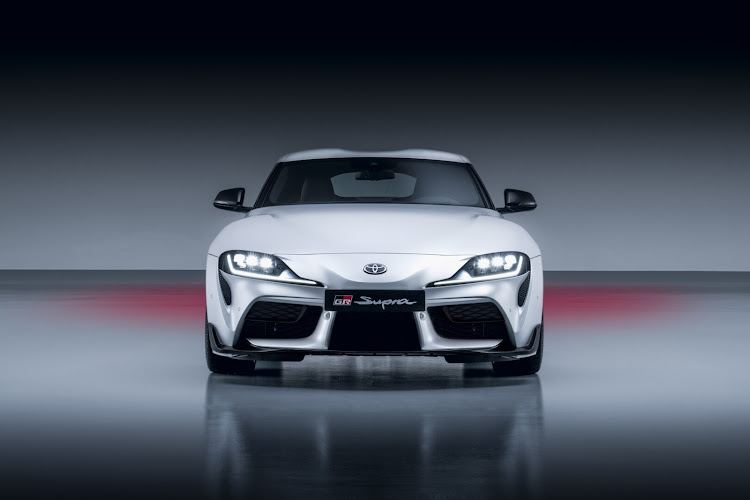 The GR Supra looks as good as a sports car should.
Image: Supplied

Other enhancements for the latest Supra include tweaks to the suspension. The shock absorbers have been retuned, in addition to modified stabiliser bushings, which purportedly translate into sharper steering responses. Electronic elements have not been neglected either: the electric power steering system and vehicle stability control programmes have been revised.

Also on the cards are a set of new 19-inch, forged aluminium alloys, similar in design to those on the GR Yaris, lighter in weight and higher in rigidity than the rollers currently fitted to the Supra. Those are finished in titanium silver paint. Two new colour options for the body can be expected: Iridescent Grey Metallic and Sapphire Blue Metallic. No changes for the inside, apart from improvements to the JBL audio system. 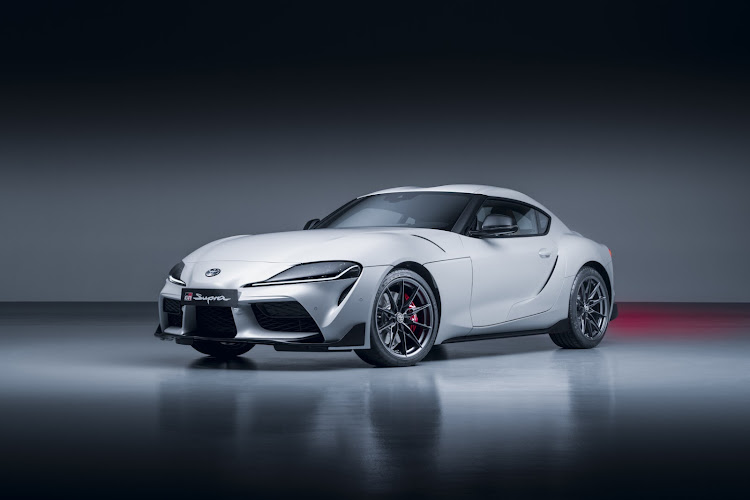 The new Supra will make its local appearance in August at the Festival of Motoring event. We are expecting to have a drive before then, so keep an eye out for our impressions in the June edition of Sunday Times Lifestyle Motoring.

It’s madness! Dr Strange is back, but he won’t be going to Saudi Arabia

After 100 years, Tulsa massacre survivors will have their day in court