Black Twitter is a ‘powerful force’, but Musk’s takeover brings ... 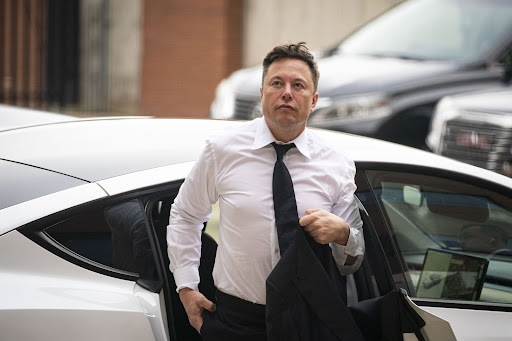 Those were some of the alternatives to Twitter floated by black users contemplating leaving the social media platform after news that Elon Musk is buying it in a $44bn deal. The Tesla chief executive officer’s plans for the brand centre on fixing what he calls “free speech” problems, but his complaints have relied heavily on the dog whistles of the extremely online segment of the political right. That has black Twitter users, along with other minorities, worried that the floodgates are about to be swung open for harassment, abuse and more.

Plenty of Twitter’s left-leaning users are already howling at the Musk deal. But the potential for the platform to lose many of its black users — or #BlackTwitter to those in the know — could mean financial blowback for the company, which saw its social media app grow to prominence at least in part because of the cultural and social-justice discourse that black users made popular. Researchers at Old Dominion University and Radford University have called African American users “some of the most influential” on the app.

“It’s all hypothetical right now, but worst-case scenario, I can absolutely see a mass exodus of people from marginalised communities, especially those with large platforms who are already targeted, from Twitter,” said diversity and inclusion advocate April Reign, who’s also a major influencer in #BlackTwitter circles and the creator of the #OscarsSoWhite hashtag in 2015.

Musk’s track record on race at his existing ventures is spotty at best.

About 11% of Twitter users are black, according to a 2018 Pew Research analysis. But even the company itself has acknowledged the outsized influence they have had on the platform. In a 2019 Essence Festival interview former Twitter CEO Jack Dorsey said #BlackTwitter is “such a powerful force”. A 2014 Pew study showed that black people spent more time on the social site — 22% of black internet users accessed Twitter at high levels, compared with 16% of white ones.

Now, black Twitter users are asking: “What has Elon Musk done in his life to show that he has the context or cultural competency to run an organisation like this?” Reign said.

Musk’s track record on race at his existing ventures is spotty at best. This month, electric-car maker Tesla revealed it faced an investigation by the US Equal Employment Opportunity Commission that predates a three-year-old probe by California’s department of fair employment and housing. The state agency sued Tesla in February, saying the company ignored “rampant racism” and years of complaints from black workers about racial slurs at its auto plant in Fremont, California.

Musk also calls himself a “free speech absolutist” and plans to take a minimalist approach to restrictions on the app. That prospect is already being celebrated by conservative activists and lawmakers, including Josh Hawley, the Republican senator from Missouri, and Tucker Carlson, the highly rated rightwing cable news host.

“I am against censorship that goes far beyond the law,” the Tesla CEO tweeted this week. Earlier this month, during a panel discussion at the Ted2022 conference, Musk said he would be “very reluctant to delete things” and “very cautious with permanent bans — timeouts, I think, are better”.

Under Musk, Twitter could bring back accounts that the company banned after they were used to harass others, spread misinformation, or incite violence. For his part, former US president Donald Trump, who hasn’t been allowed on the platform since 2021, said this week he won’t return if his account is reinstated.

“One of my concerns definitely is what does free speech look like on the platform?” said Sherrell Dorsey, the founder and CEO of The Plug, a digital news platform covering the black innovation economy. “I am very concerned that free speech turns into open hate.”

The concerns come after years of criticism that the company hadn’t gone far enough to protect marginalised users. Research has shown that minorities, women and those from other marginalised backgrounds face a torrent of abuse on social media sites such as Twitter — black women in particular have been targets of the vitriol.

Amnesty International found in an analysis of millions of posts that one in 10 tweets mentioning black women was abusive and problematic, compared with one in 15 for white women. Earlier this year, the Centre for Countering Digital Hate reported 47% of the accounts that sent direct misogynistic abuse to high-profile women such as vice-president Kamala Harris and Lizzo went on to reoffend. Of the latest comments, 49% targeted a woman of colour, and 41% included the word “bitch”.

And just this week, Musk’s criticism of a content decision made by Twitter’s legal team was followed by a wave of abusive tweets directed against the company’s top lawyer, Vijaya Gadde, a woman of colour.

Twitter has made some efforts to tamp down abuse. Last year, the company said it “took action” on a record number of accounts for violating its hate speech policies during the second half of 2020. In 2017, Twitter said it would hide content from abusive tweeters and prevent them from making new accounts in a bid to clean up the app. But it remains to be seen if those types of measures will continue under Musk’s ownership.

Researcher Meredith Clark defined #BlackTwitter as a “network of culturally connected communicators”. The platform is often used to bring attention to issues that impact black communities, she said while an assistant professor at the University of Virginia in an interview posted on the institution’s website.

If there’s one thing I believe in, and one thing gives me a lot of hope, it is that as black folks we will always make a way out of no way.

The community has had nationwide impact in recent years in response to police violence against black people. The hashtags #ICantBreathe and #SayHerName flooded the site after the deaths of Eric Garner and Breonna Taylor, respectively. #BlackLivesMatter, which came to prominence after the acquittal of George Zimmerman in Travyon Martin’s killing, was used some 48-million times on Twitter in the immediate aftermath of the murder of George Floyd in 2020.

Black users say it’s also been a place for connection, reflection, nostalgia and humour. Andre Brock, an associate professor at Georgia Tech who studies #BlackTwitter, cites camaraderie around the 2009 BET Awards, which took place just after Michael Jackson’s death, and the early days of the show Scandal as early examples of the platform becoming a “second screen” experience.

“These moments were where we shared our joy over something, our laughter over other things, our critiques of some other things,” Brock said. That built the platform “into a space that was immediately a fertile ground for then building out the impact of say, Ferguson, or Trayvon Martin”, he said.

The decision on whether to leave the platform is complicated.

Growing a following on the app can provide a pathway to jobs, mentorships and connections that may otherwise be closed to some people, said Dorsey of The Plug. (She has no relation to Twitter’s Jack Dorsey.)

“I’m someone who is college educated, and grad school educated — has had a certain level of access,” she said. “I still get access to people, organisations, institutions and opportunities as a result of my presence on the platform.”

Reign, who said “I owe my professional career as it is now” to Twitter, is considering leaving the app, albeit begrudgingly. Her #OscarsSoWhite post kicked off changes at the Academy Awards to make the voting body more diverse. Reign said she will wait to see what changes roll out once the Musk deal is official.

Bridget Todd, creator and host of the There Are No Girls on the Internet podcast and communications director for women’s advocacy group UltraViolet, said the company owes the users who have made the platform successful some level of accountability and transparency on changes that will affect them. Regardless of what happens, she doesn’t think this will be the end of the vibrancy that #BlackTwitter has built.

“If there’s one thing I believe in, and one thing gives me a lot of hope, it is that as black folks we will always make a way out of no way,” Todd said. “We will always carve out what we need from a space, even when that space goes out of its way to tell us again and again and again that it wasn’t designed with us in mind, that they don’t want us there, that they’re not going to amplify us.”