I worked Abercrombie’s storefront. This is what happened at the ...

I worked Abercrombie’s storefront. This is what happened at the back

Netflix doccie is accurate: the closer to the front of the store, the more white and American the staff became 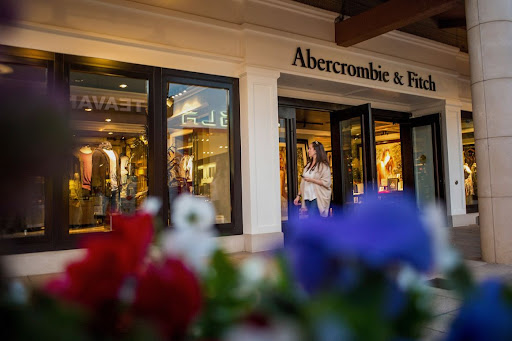 A new documentary shows the epic rise and fall of the controversial retailer.
Image: Bloomberg

Netflix’s White Hot documentary chronicling the heady days of Abercrombie & Fitch’s popular and exclusionary marketing strategy of tying oiled abs, gyrating bodies and white-picket-fence Americana to brand identity is an accurate portrayal. I should know: I was one of the shirtless models who greeted visitors to its stores.

The documentary released last week showcases how the brand’s ripped jeans and hoodies — once touted as the preserve of the upper middle class and privately educated — became sought after by wider society who wanted a share in that aspirational image. Business thrived and was met with rapid global expansion for both Abercrombie and sister brands Hollister and Gilly Hicks, before a slew of discrimination lawsuits beset the company and interest in in-store shopping experiences dwindled.

The cleaners were from South America. The overnight restocking staff were largely South Asian. Minorities were often situated in the fitting rooms, dark hallways or back of the store.

Whistle-blowers featured in the documentary revealed racial discrimination in hiring and working practices. The company was embroiled in several scandals from selling children’s thongs emblazoned with words like “eye candy” and “wink wink” to the revelation that management ranked staff by their looks and how “cool” they were. Abercrombie was also taken to the US Supreme Court for not hiring a woman who wore a headscarf for religious reasons. In London, law student Ria Dean sued the company for discriminatory practices, accusing Abercrombie of “hiding” her in the stockroom because her prosthetic limb was not in keeping with brand image.

The London branch where I worked was the only store outside North America for a prolonged period. Shoppers flocked from locations including the United Arab Emirates and Russia to spend thousands on clothing in the dimly lit, club-like surroundings. The cleaners were from South America. The overnight restocking staff were largely South Asian. Minorities were often situated in the fitting rooms, dark hallways or back of the shop. The closer to the front of the store and entrance, the more white and American in appearance the retail staff became.

As with all rules, especially those unspoken, there were caveats. If a minority individual had been famous in fashion or entertainment, or was simply well-liked by senior management and considered gorgeous by eurocentric beauty ideals, the closer to the front of the store they found themselves. I shifted from the back to the front in my time working there — an odd retail Montgomery bus. 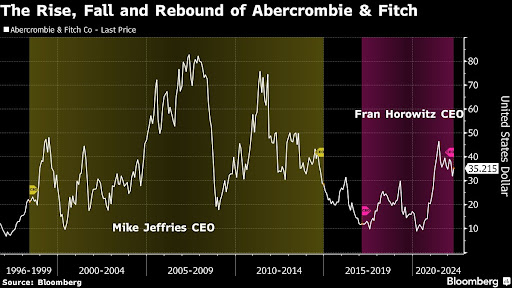 Netflix’s ‘White Hot’ documentary chronicling the heady days of Abercrombie & Fitch’s popular and exclusionary marketing strategy of tying oiled abs, gyrating bodies and white-picket fence Americana to brand identity is an accurate portrayal. I should know: I was one of the shirtless models who greeted visitors to its stores.
Image: Bloomberg

The CEO at the time, Mike Jeffries, had liked my look. Once I got cast in a modelling campaign for the brand, I moved from the back of the store attending to fitting rooms to greeting customers and becoming a shirtless model stationed at the entrance.

At a later campaign shoot for the brand, I was urged to stay out of the sun — senior managers expressed disappointment that I’d got darker in skin tone since my casting.

Rumours of malpractice during shoots by the brand’s choice photographer, Bruce Weber, were well-known to the models in my location. Weber has denied all wrongdoing and settled a second sexual assault lawsuit out of court in 2021 after a group of male models accused him of groping and coercive behaviour.

Working at the company had a lasting effect on its former employees. It was an incredibly fun place to work, and that’s why I and many other employees stayed. We appreciated the flexibility shifts offered, allowing you to attend castings. I also needed the money. Many employees were models, actors, dancers and “creatives” while attending university. Most were living hand to mouth, trying to get their big break in their prospective industries and finish their studies, while also partying hard for free in London’s top clubs.

In response to White Hot, Abercrombie posted a statement from the chain’s current CEO Fran Horowitz on its Instagram: “We’re focused on inclusivity — and continuing that transformation is our enduring promise to you, our community.” The brand’s identity has changed. Plus-size and diverse models adorn its marketing. The naked men have left the stores and, as Horowitz says, they’ve “turned the lights on and music down”. To shift the consciousness of many who remember the old company will require more. however.

A company spokesperson said changes had taken place since Jeffries retired in every area from management to store employee demographics to mandated internal training to help build diverse teams. They cite that Abercrombie tops polls as one of the best places to work and offers its minority employees support via associate resources groups.

These days, ESG topics and employment practices celebrating inclusion are at the heart of many organisations’ business decisions, with executives like BlackRock’s Larry Fink setting the tone with his views on stakeholder capitalism. I look back on my time at Abercrombie fondly, as though it was a place where overt discrimination once existed and perhaps thrived — as it does elsewhere in fashion — I met some of the most driven and interesting people I’ve come across in any field.

Nicolas Cage is the most fascinating and exciting actor working today

A taste of what’s to come: poisoned AI is the next big cybersecurity risk