Experience Jean-Michel Basquiat as you never have before

Experience Jean-Michel Basquiat as you never have before 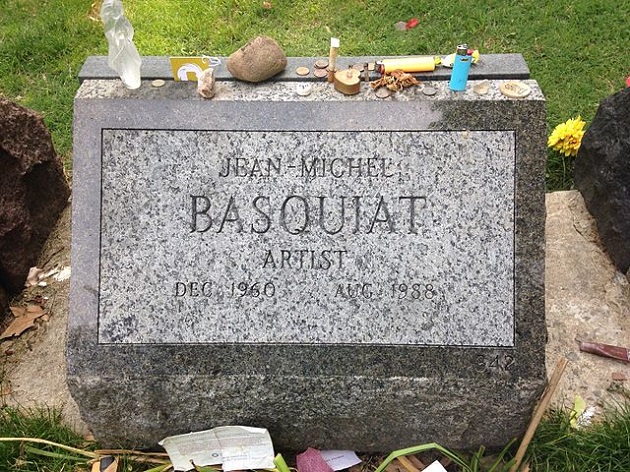 GIVING HIM LIFE Jean-Michel Basquiat died of a heroin overdose at the age of 27. Now his sisters are paying tribute to him with an exhibition of more than 200 of his works.
Image: Wiki Commons

More than 200 never-before or rarely seen paintings, drawings, ephemera and artefacts by Basquiat, who died of a drug overdose at the age of 27 in 1988, fill the space at the landmark Starrett-Lehigh building.

Basquiat’s sisters, Jeanine Heriveaux and Lisane Basquiat, created the exhibit to showcase Jean-Michel, his work and the context of where he came from and how he lived.

“We wanted to make sure we had the passion that we’re feeling for the project and for him, and the love that we have for him,” said Heriveaux.

“One of the things we wanted to do was ensure people who appreciate Jean-Michel’s art had a fully immersive experience,” added Basquiat.

It took the sisters about 18 months to fully realise the space that was created. The pair spent hours poring over his work.

The experience starts with 1960 — Introduction, the year he was born, where his self-portrait is found, then transitions to Kings County, the location where the family grew up in Brooklyn. Other environments include World Famous and Ideal, that showcase his studio and track different periods of his life.

A replica of New York City nightclub Palladium’s VIP room was also constructed to showcase the paintings Nu-Nile and Untitled, which Jean-Michel created for the club in 1985.

“It was hard because Jean-Michel, like every one of his works, is absolutely amazing. And then also putting a focus on Jean-Michel’s very strong expression of what he felt and what he thought about what was happening in the world from a political and social, economic and cultural perspective,” said Basquiat.

There is also a focus on his strong expression of the world with three galleries in the SoHo section that use titles of his works Royalty, Those Who Dress Better and The Irony of a Negro Policeman.

In 2017 a vibrant, untitled 1982 portrait by Jean-Michel sold at auction by Sotheby’s for $110.5m (now about R1.6bn). At that time, it was the second highest price for a work of contemporary art.

All the items displayed are owned by the estate, which the family says it will never sell.

Cooking with Gaston: Sirino is like a new signing, says Sundowns coach

Celebrating podcasts’ rise out of the muck of amateurism