What a win: Darwin notebooks returned to library 20 years after ...

They were reported missing in 2000, only to be found in a gift bag, with a note, at Cambridge University this week 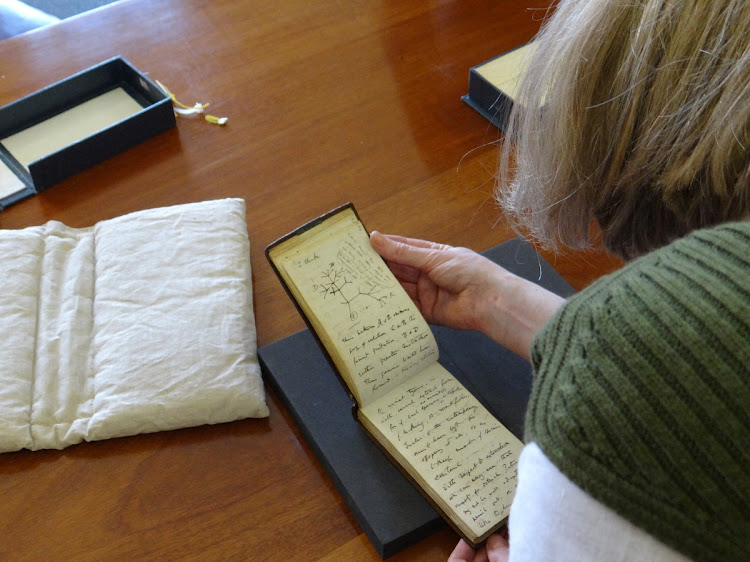 Two notebooks owned by British naturalist Charles Darwin, including one containing a sketch of his famous Tree of Life, have been returned to Cambridge University’s library, more than 20 years after they were reported missing.

The notebooks were found in good condition on March 9 in a gift bag that was left on the floor of the library. The bag also contained a printed message saying: “Librarian Happy Easter X,” the library said on Tuesday.

The notebooks are known as the Transmutation Notebooks because Darwin theorised in them for the first time how species might 'transmute' from ancestral to later forms.

“They may be tiny, just the size of postcards, but the notebooks’ impact on the history of science and their importance to our world-class collections here cannot be overstated,” Jessica Gardner, the librarian of Cambridge University Library, said.

Darwin sketched his ideas about an evolutionary tree in 1837 after a trip around the world, more than two decades before he published a more fully developed tree of life in his book On the Origin of Species, the library said.

The notebooks are known as the Transmutation Notebooks because Darwin theorised in them for the first time how species might “transmute” from ancestral to later forms, it said.

The notebooks were removed from a strong room to be photographed in late 2000 and were reported missing in January 2001. But it was only in 2020 that the library concluded they had probably been stolen rather than misplaced.

A police investigation into their disappearance is ongoing.