The curious case of Julia Fox: four ways to wear the viral ‘Ye ...

We can’t stop thinking about ‘that’ eyeliner! Take a dive into the actress’s short but drastic beauty evolution 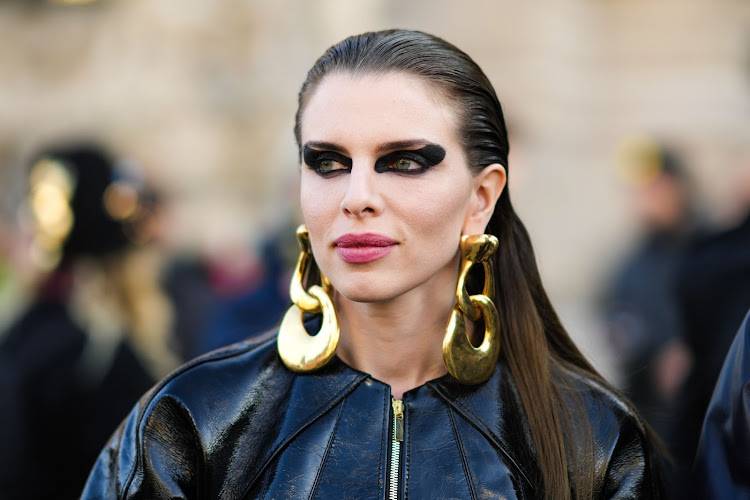 From actress to Kanye West’s girlfriend and muse and now her own muse, Julia Fox has been the viral sensation we didn’t know we needed. Known faintly on the celebrity scene as a model-turned-actress who starred in the movie Uncut Gems, Fox has always had a rather demure, Old Hollywood-esque beauty. 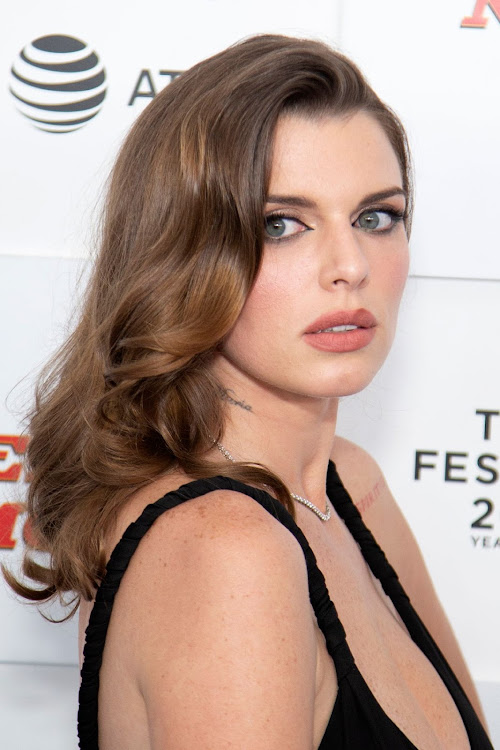 Since being Kanye West’s girlfriend shortly after his divorce from Kim Kardashian was announced, Julia Fox has been on everyone’s lips not only for her new darker, gothic style (thanks to West’s influence) but for the incredible change in her makeup. A change so drastic that people even started wondering if West had gone into makeup.

Making their fashion debut at Paris Fashion Week, we were also blessed with the first sightings of the now “Ye Liner” that saw Fox sporting sooty black eyeshadow or pigment swiped across her lids from the extreme inner eye corners to the outermost part of the brow bone. Since then the severe eye look has not only been sported on the runways but even on TikTok by way of a Julia Fox eye filter that allows you to virtually superimpose the look on your face. With a viral makeup look and voice thanks to her “Uncut gyaaaaammms” muse sound on TikTok, we look at Fox’s short but drastic beauty evolution and savour tips on how to sport her viral “Ye muse” liner.

Fresh-faced and demure, Fox’s signature look used to be a glowy, pared-back complexion with softly defined eyes and a semi-matte nude lip that was occasionally swapped out for a true red lip.

Dark, graphic and theatrical, the now Ye liner or Julia Fox eye is anything but demure. A big departure from Fox’s previous beauty choices, this look features a very graphic shape, reminiscent of the villain-esque makeup seen in Black Swan, with rounded edges spanning the entire eye area, from the inner eye corners and lifting up into the edges of the brow bone. Intensify the graphic nature of the eye by opting for a black gel liner or liquid pigment that can be painted on for a solid application of colour. 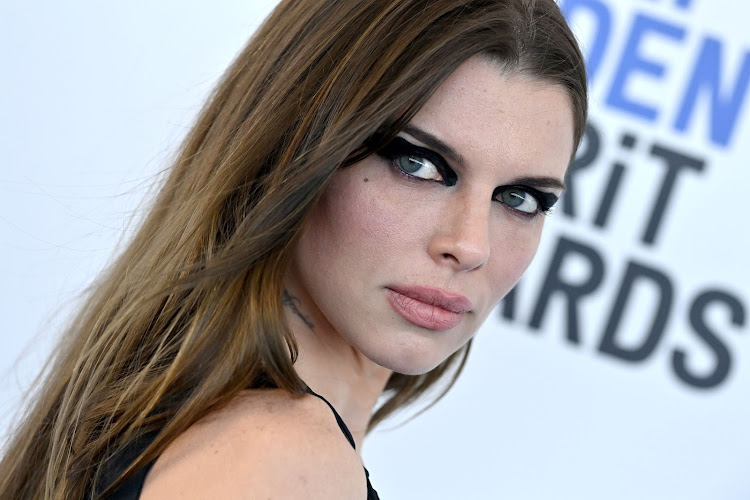 A little less graphic colour and more smoked out and emollient, this version of the Julia Fox eye still carries the same severity but is less clean and more grunge-inspired. Use a black gel liner or eyeliner pencil as a base to create your graphic shape base. Use a black eyeshadow to layer on top and feather out the edges slightly so that the shape appears less clean and structured. Focus the colour intensity in the inner corners and the outer corners, spanning up to the brow bone. Tap on an eye gloss over, focusing on the centre of the eyelid to create that smudgy, emollient feel. 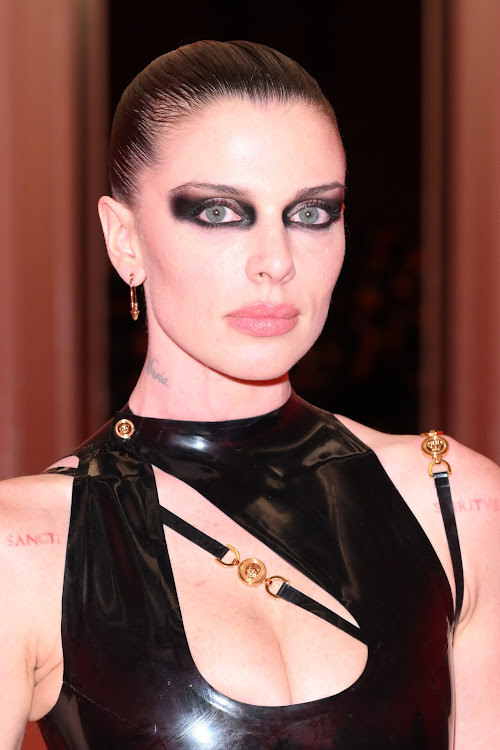 For Milan Fashion Week, Fox stayed true to her signature graphic eye shape but chose to lighten the mood by opting for white pigment splashed across her lids as opposed to black. However, the black hue was not far behind, with a stamp of contrasting black lipstick gracing her lips. 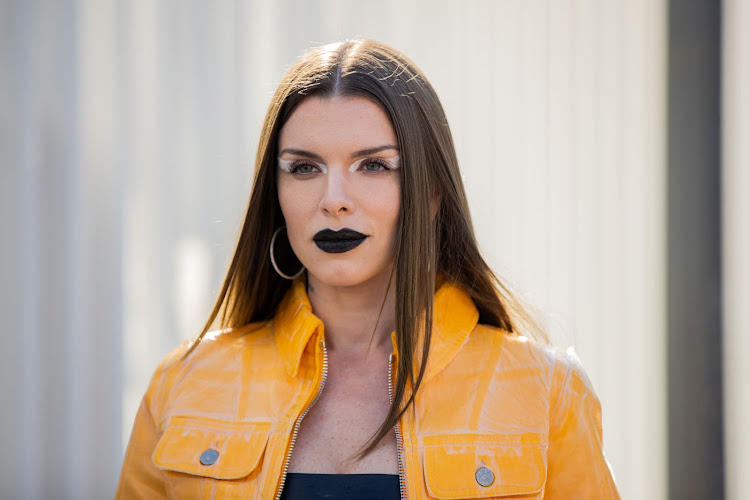 At the Oscars Vanity Fair after party, Fox went for a more minimalistic approach to her very maximalist eye. Though one may argue her look was still jarring, it definitely had some breathing spaces, which made it feel lighter. The shape was not a solid graphic shape but featured a graphic swipe of black in the inner corner and then an extended eyeliner flick that went from mid eyelid to the outermost corner of the eye. The addition of a reddish eyeshadow in the negative space of the eyelid, where there was no black, added a welcome flash of colour and light to the look, which does make it a more wearable and less aggressive liner look. 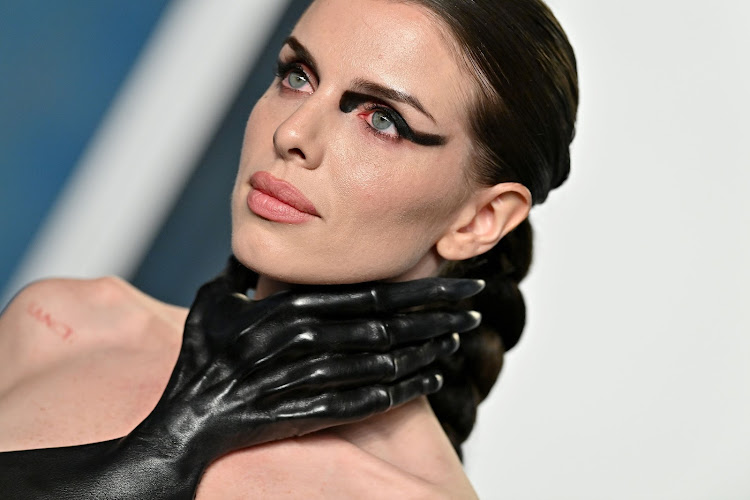 Winter is coming, but after that it’s game on

Omicron may be ‘mild’, but cases among children tell a different story