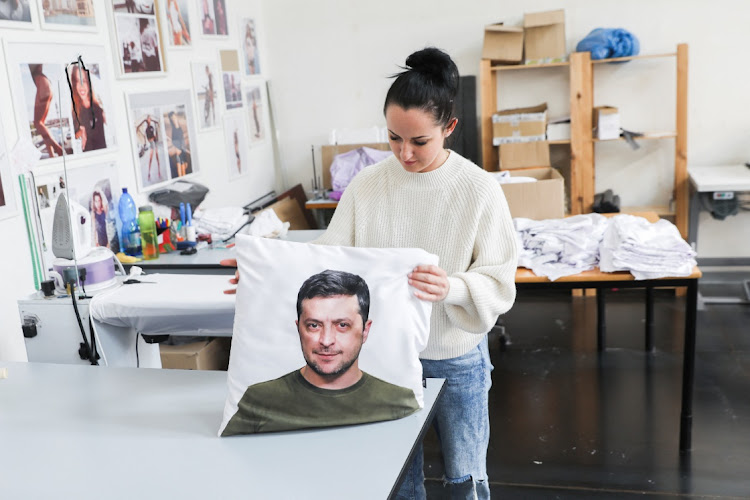 A Czech designer has come up with a novel way to raise money for Ukrainians suffering from the war in their country — making pillows bearing the portrait of their president, Volodymyr Zelensky, who he says has become a sex symbol for some.

Zelensky, tired, unshaven but defiant in his trademark green T-shirt, has become the face of Ukraine’s resistance to Russia’s invasion, rallying his compatriots from his bunker in Kyiv in daily broadcasts on social media.

“Many people, mostly of the fair sex, see him as some kind of a sex symbol, so I got the idea to make a pillow which would look like he is actually in their bed,” designer Tomas Brinek said.

Brinek, who runs a satirical Instagram channel called TMBK which has more than 540,000 followers and usually pokes fun at politicians, said his limited edition of handmade pillows has attracted more than 2,000 orders and raised some $19,000 for a charity helping Ukrainians affected by the war.

“The idea was really a bit of a joke, but there is this serious side that the profits can do some good for Ukraine,” Brinek said, adding that he now planned to make another batch because of strong interest.

The Czech Republic has sent tens of millions of dollars worth of aid to Ukraine and has so far taken in some 270,000 refugees, mostly women and children, fleeing the war.

Thousands of people have been killed and more than 3-million have fled to neighbouring countries since Moscow launched what it calls a “special military operation” in Ukraine on February 24.

Russian artist and Ukrainian in Bali shout unity from the rooftops

No state clears WHO bar for air quality, and climate change makes it harder