If there’s one thing Russia and Ukraine do agree on it’s ... 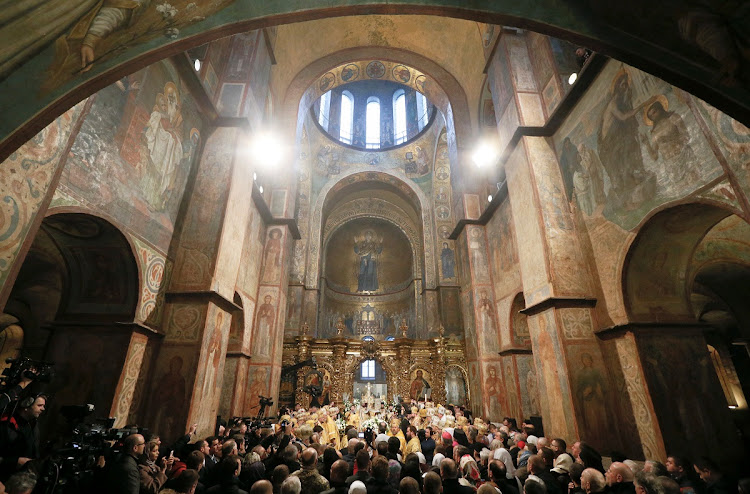 SHIELDED The St Sophia Cathedral in Kyiv is among the sites to receive Unesco's 'Blue Shield' emblem.
Image: Valentyn Ogirenko/Reuters

To avoid deliberate or accidental damage, the agency is marking cultural sites and monuments in Ukraine with the distinctive “Blue Shield” emblem of the 1954 Hague Convention for the Protection of Cultural Property in the Event of Armed Conflict.

“The marking with the emblem of the convention also comes from the fact that Russia and Ukraine are two countries to have ratified this important convention”, Lazare Eloundou Assomo, the director of the Unesco World Heritage Centre, said.

“International conventions, when we ratify them, we commit to respect them,” he said, adding that Unesco was monitoring all sites in Ukraine where cultural heritage could be at risk.

Partnering with the UN Institute for Training and Research (Unitar), the agency assesses damage by analysing satellite imagery for priority sites which are endangered or impacted.

A dozen such sites are already covered by the monitoring system, according to Unesco.

Of the properties included on the World Heritage List, Unesco said it considers the St Sophia Cathedral in the Ukrainian capital Kyiv and related monastic buildings a priority.

It is also monitoring Odessa, a city in southern Ukraine, Eloundou Assomo said.

If tech does it for you, sink your teeth into this