Polestar drop-top concept is a breath of fresh air

Polestar drop-top concept is a breath of fresh air 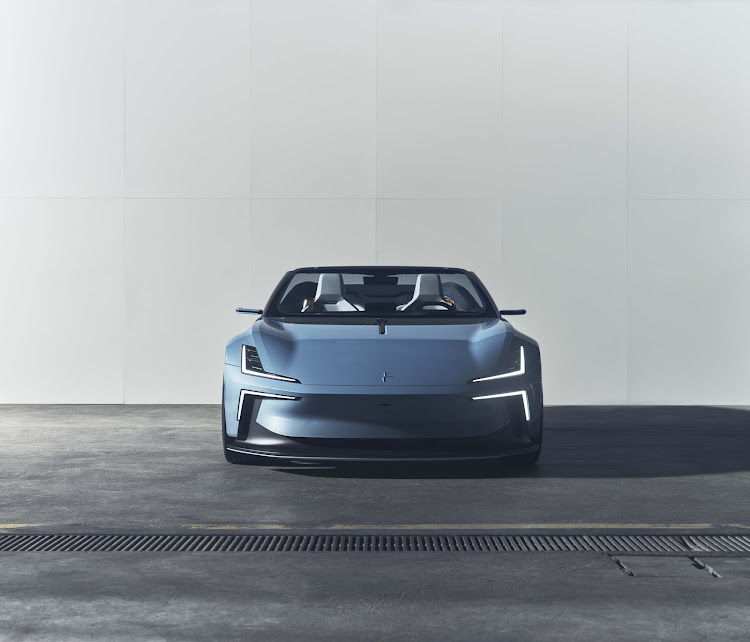 Since it has no engine, the Polestar O2 does not require a grille.
Image: Supplied

If you were suffering from enthusiasm fatigue over the gluttony of crossovers and sport-utility vehicles released by the carmakers, Polestar has a concept to soothe the senses.

Meet the O2 (stylised to look like the symbol for oxygen), a roadster-coupé design study released last week. While series production is yet to be confirmed, it is a positive signal that the manufacturer is, at the very least, committed to entertaining prospects beyond what it now sells. In case you forgot, Polestar is the electric performance division of Volvo. 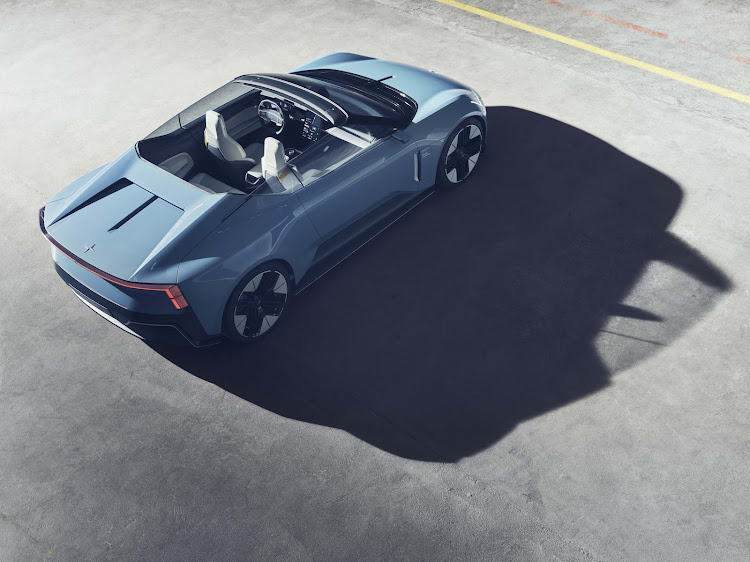 An aerodynamic shape is retained even with the roof open.
Image: Supplied

It debuted with the Polestar 1 in 2019, a hybrid coupé with an all-electric range of 124km. The Polestar 2 fastback became their first fully electric, mainstream car. The new concept uses a bonded aluminium platform — a method employed by the aircraft industry — and its makers promise handling that is dynamic and intuitive. That said, you would be forgiven for categorising the O2 as a luxurious, open-air tourer rather than a thoroughbred, lightweight sports car. 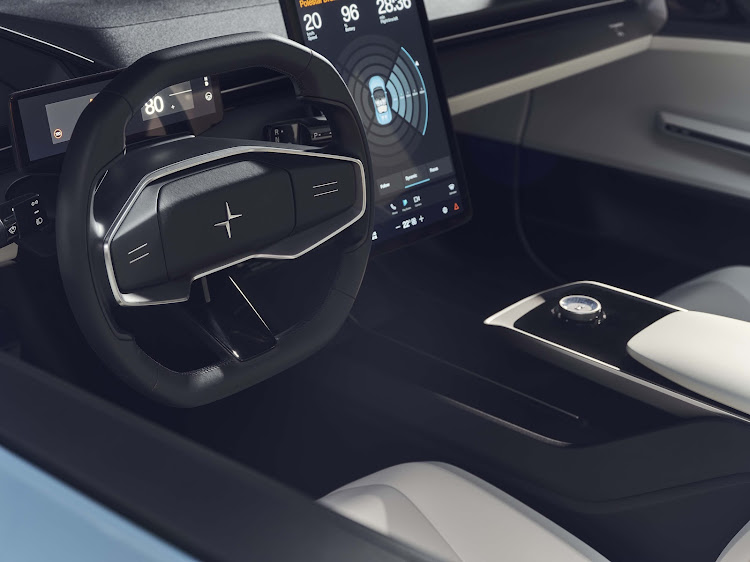 The central screen can be used to edit videos taken by the on-board drone.
Image: Supplied

Take the complicated roof, for example: a folding metal ceiling, instead of a classical fabric top. Its cabin takes on the template of a 2+2 seating layout. Integrated ducts are concealed within the bodywork, aimed at improving airflow. The rear lights are said to be aerodynamically optimised too, with blade-like elements reducing drag. Polestar offered little details about the power train (it will be electric of course), but said that sustainability is a crucial part of the O2.

The interior features the extensive use of recycled polyester and a new variety of thermoplastic material. Different grades of aluminium employed in the construction of the O2 have been marked accordingly, promising to make recycling easier once the vehicle has reached the end of its life.

There are some interesting (slightly strange) standard amenities as well. Like a cinematic drone, integrated behind the rear seats, which can be deployed when the vehicle is in motion. Polestar believes some owners may want to record driving sequences to share on social media. 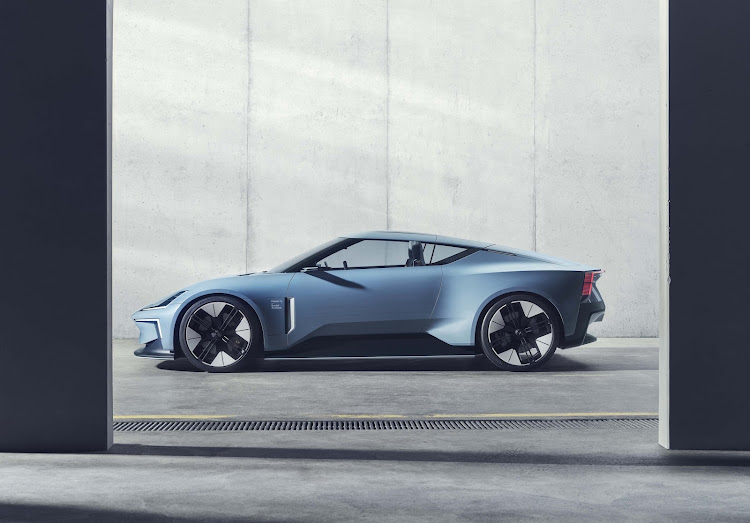 A classical sports car silhouette with the top in place.
Image: Supplied

A specialised aerofoil raises behind the rear seats to create a calm area of negative pressure that allows the drone to take off when the car is on the move. The drone operates autonomously, automatically following the car at speeds up to 90km/h. After filming, the drone can autonomously return to the car. Video clips can be edited and shared directly from the 15-inch central display when the car is parked.

In the coming three years, Polestar plans to launch one new electric vehicle per year, starting with Polestar 3, a sport-utility vehicle, in 2022. Polestar 4 is expected to follow in 2023, also SUV in format, but with a coupé twist. In 2024, the Polestar 5 electric performance four-door is planned to be launched as the production evolution of the Polestar Precept. 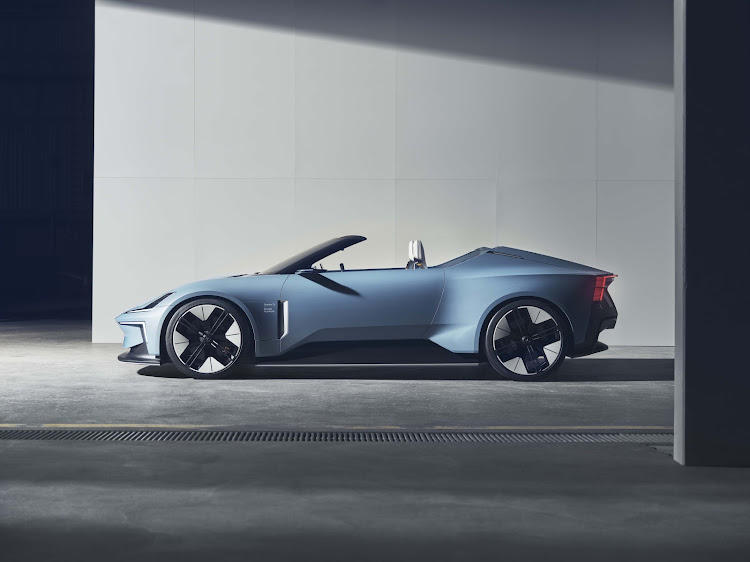 It looks like a roadster – but the O2 is a 2+2 convertible.
Image: Supplied

Precept was a 2020 concept billed as the blueprint for the direction in which the brand is heading, as it aims to produce an entirely climate-neutral car by 2030. There is no word yet on the establishment of Polestar in SA. Parent company Volvo is due to host an event soon at which it will divulge more of its plans regarding electrification. We will be sure to ask all the right questions at this meeting.

Anyone for tennis? Not just yet, as oldest player stays put in Ukraine