Kingsley of the road: let’s take a look at his customised ...

Kingsley of the road: let’s take a look at his customised Defenders

Adventurer Holgate has made sure his Land Rovers are up to the challenge of a 30,000km odyssey across two continents 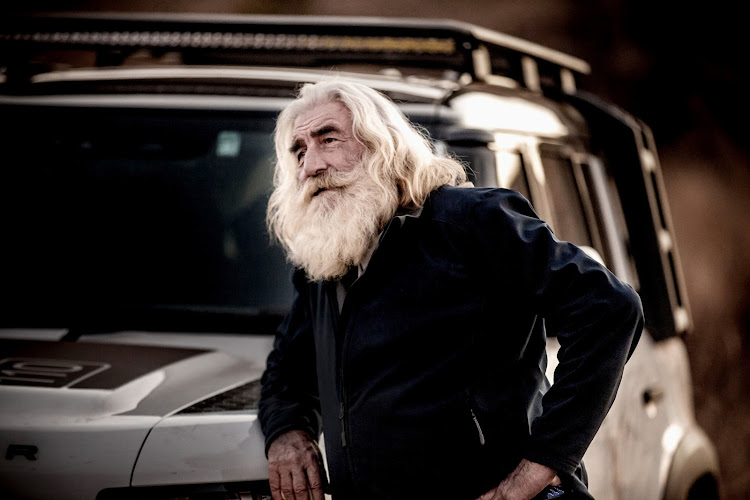 “A sense of humour is essential for any expedition,” according to iconic bearded adventurer, Defender man and philanthropist Kingsley Holgate.

We are at the Jaguar Land Rover Experience Centre in Johannesburg, face to face with the man who has embarked on more cross-continental expeditions than some people have had haircuts. If you were wondering, the actual number is 39, soon to be 40.

This latest undertaking sees Holgate and his team trek from the southern tip of Africa at Cape Agulhas, through the continent, Eastern Europe and Russia to Nordkapp in the Arctic Circle in Norway, which is the northern point of Europe. 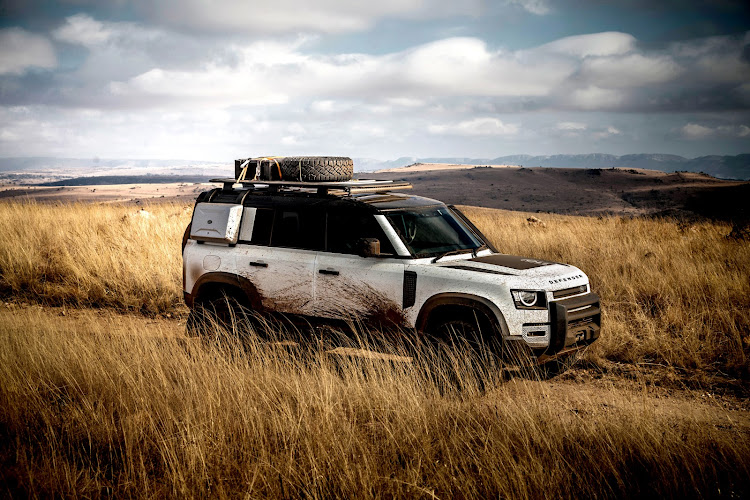 In KwaZulu-Natal, the team had a goal to deliver as many as two million meals to children at impoverished crèches in rural communities, as well as provide storage tanks, reservoirs and pipelines to alleviate limited access to water. Zigzagging up into the African continent, Holgate’s crew will distribute insecticide-treated mosquito nets to mothers and children, to help protect them against malaria.

“It’s crazy to think that an illness spread by mosquito bites killed at least four times as many people in Africa last year as Covid-19 did,” explained Ross Holgate, Kingsley’s son and the leader of the expedition.

He gave us a walkabout tour of one of the two fully kitted Defender units as part of their convoy.

Both are 110 P400 derivatives, which means power comes from a petrol engine with mild hybrid technology. Would a diesel not have been better suited? Holgate junior told us they had considered the D240 version, but had reservations about fuel quality. The expedition-ready Defender units run on the standard pneumatic suspension. Among the extensive list of features is an on-roof tent set-up, portable shower cubicle, a sizeable awning and, in the rear, a fridge. 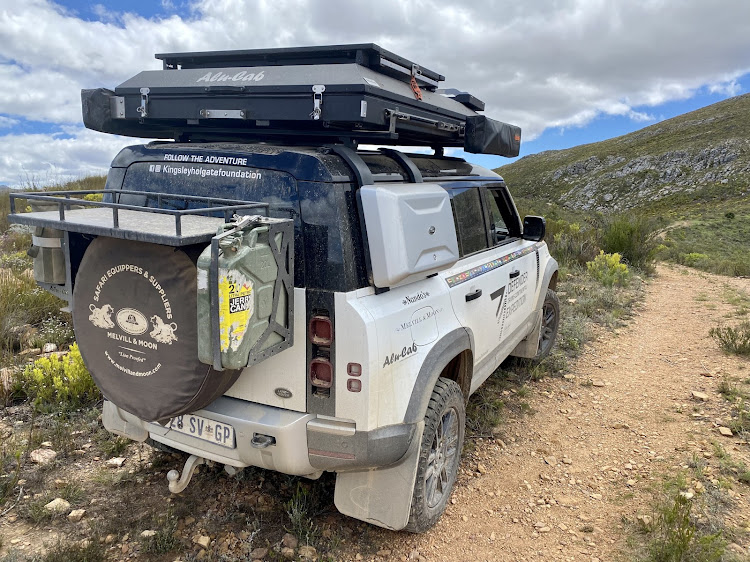 An erectable roof tent is fitted atop the Defender.
Image: Motorpress

A large wooden block sits behind a shovel in a rack on the tailgate. Holgate jokes that the piece of wood is the handbrake from an old Defender — this chock will come in handy to secure the vehicle, should they need to work on it in sand.

“The route through central and east Africa will be at the height of the ‘big rains’, so we’re expecting very wet and muddy conditions for days on end,” Holgate told us. “Crossing the dry and hot Sahel and Nubian Desert through Sudan and into Egypt will also be very testing for both man and machine,” he said. The expedition leader also spoke of geopolitical issues in Ethiopia and Sudan.

As always, the team’s well-travelled traditional Zulu calabash has a prime spot in the Defenders and will collect seawater from where the Atlantic and Indian Oceans meet at Cape Agulhas, the expedition’s midpoint at Alexandria in Egypt on the Mediterranean, the Norwegian and Barents Seas at Nordkapp, and will be symbolically emptied at the expedition’s endpoint at Red Wharf Bay in Anglesey, Wales. 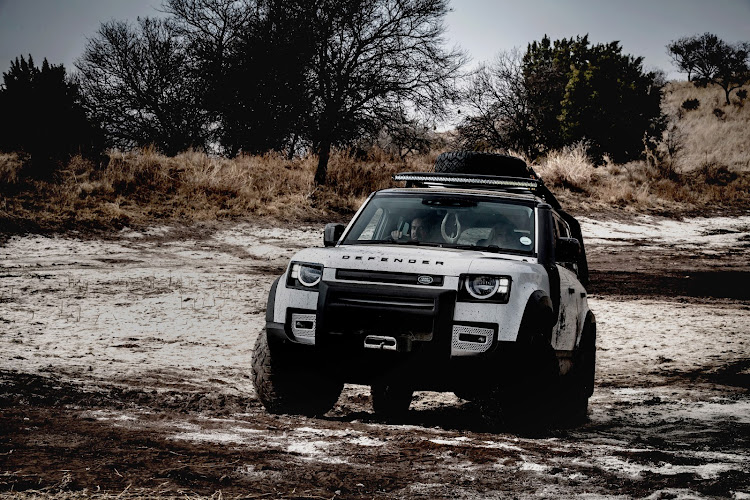 Their vehicles are fully outfitted for overlanding.
Image: Motorpress

Four “isivivanes” (stone cairns) will be built at key points along the expedition route: Cape Agulhas, Alexandria, Nordkapp and Anglesey. The expedition will also be carrying a new Scroll of Peace and Goodwill, collecting hundreds of messages of support from citizens of 30 countries for a new and more hope-filled post-Covid world.

As part of the expedition, Kingsley and his team have supported the planting of indigenous trees and spekboom plants to offset 100% of the expedition’s carbon footprint, on the newly established 760ha Tanglewood conservation area in the Eastern Cape.

The initiative forms part of a biodiversity restoration programme implemented by the Conservation Landscape Institute and aims to restore Albany Thicket, a key component of one of the world’s biodiversity hotspots.

Rhodes University assisted the Holgate team to accurately calculate the number of trees and plants required to offset the fuel used by the expedition’s two P400 mild-hybrid Defenders on the 30-country route. As a result, Holgate and his team helped to plant 4,000 trees and spekboom plants, while expedition team member Mike Nixon contributed another 2,000 to offset the emissions of his personal Land Rover Defender. 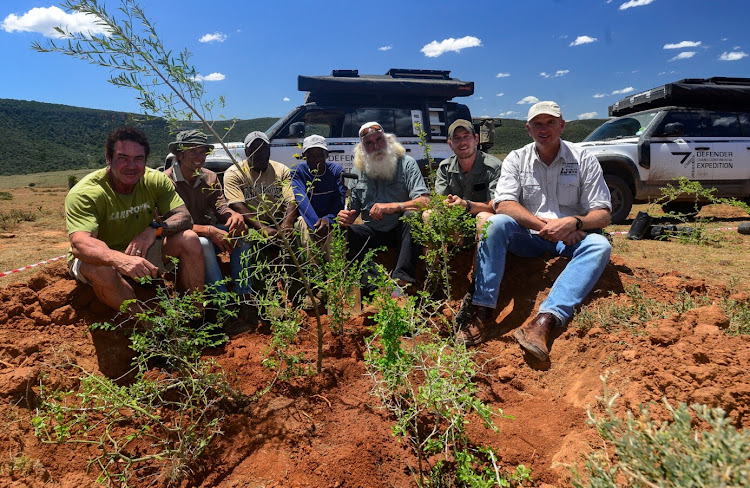 From Nordkapp, the expedition route will turn south through Western Europe and will end on the mystical Isle of Anglesey in Wales, where the first Land Rover design was sketched in the sands of Red Wharf Bay in 1947. It’s a trip that adds up to about 30,000km and will be completed over a year.

Of course, these journeys are not for the purposes of leisure and frivolity. The Defender Transcontinental Expedition is underpinned by a spirit of genuine humanitarian ambitions. The journey began in October last year already — our meeting with the team on January 27 was just before they crossed over the border into Mozambique two days later.

“With the relaxation of Covid-19 regulations, we’ll be able to once again provide eye tests and reading glasses to poor-sighted elderly people in outlying areas through our Mashozi’s Rite to Sight programme, which has already assisted over 218,000 people throughout Africa,” Holgate said. 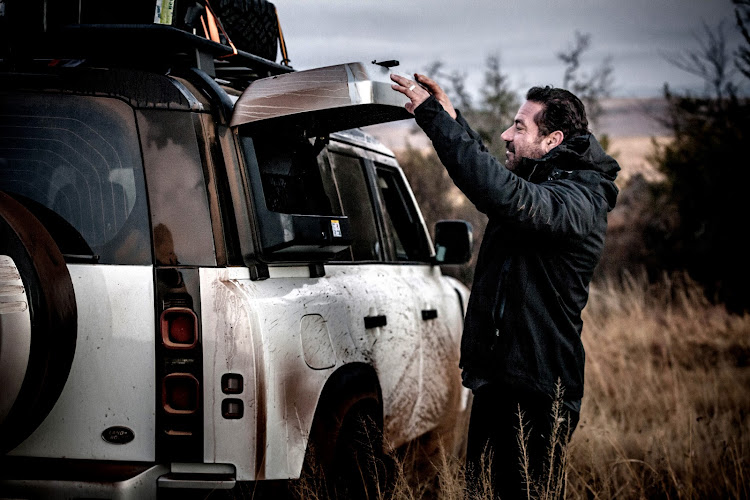 Now Rog(ue)an is in it for a racial slur, but he’s ‘cut it’ from his vocab