So how and why did bipedalism begin, and which hominin ...

So how and why did bipedalism begin, and which hominin cross-stepped first?

Up to now it’s been a bit of a mystery, but Tanzanian footprints are offering clues to the origin of upright walking 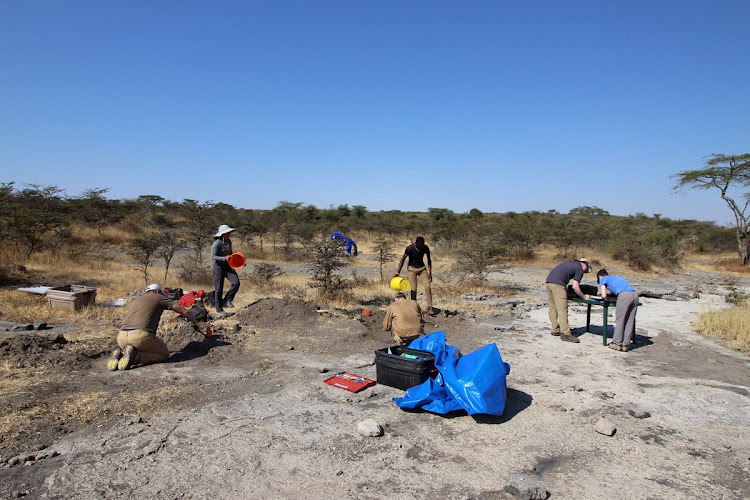 Five fossil footprints left in volcanic ash 3.66-million years ago in Tanzania are giving scientists new insight on a landmark in human evolution — upright walking — while showing its origins are more complicated than previously known.

Researchers said last week a thorough new examination of the tracks, nearly half a century after their initial discovery, has shown they were made not by a bear, as once believed, but by a hominin — in other words, a species in the human lineage — and possibly a previously unknown one.

They display a curious gait, adding to the mystery.

Bipedalism — walking on two feet — is a hallmark of humankind, but scientists are still putting together the puzzle pieces on how and when it began.

The trackway was found in 1976 at a site called Laetoli, a stark landscape northwest of the Ngorongoro Crater in northern Tanzania, about 1.6km from two sets of fossil footprints found two years later. Those found in 1978 have been attributed to Australopithecus afarensis, a hominin exemplified by the famous skeleton discovered in Ethiopia and dubbed Lucy.

The study determined that the various Laetoli tracks, made within days, hours or possibly minutes of one another in the same ash layer, were created by two different hominin species.

Palaeoanthropologist Ellie McNutt, of Ohio University’s Heritage College of Osteopathic Medicine and lead author of the study published in the journal Nature, noted that the Laetoli trackways represent the oldest unequivocal evidence of bipedal locomotion in the human fossil record. 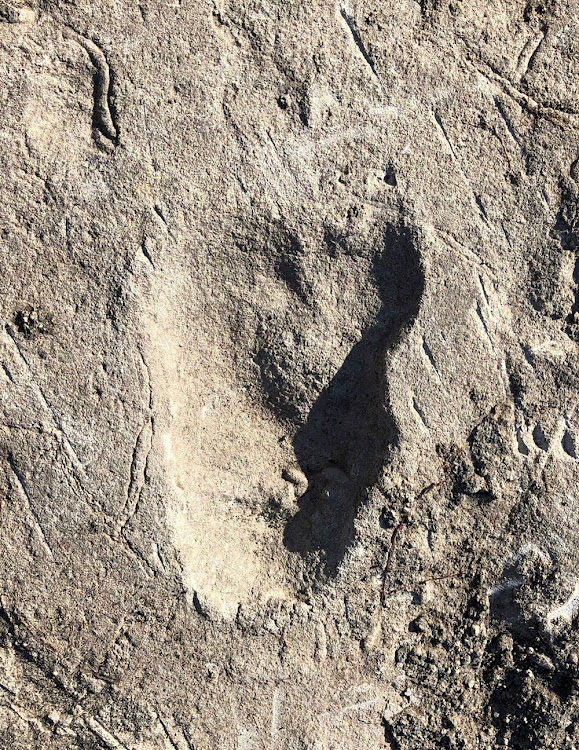 “There were at least two hominins walking in different ways on differently shaped feet at this time in our evolutionary history, showing that the acquisition of human-like walking was less linear than many imagine,” said Dartmouth College palaeoanthropologist and study co-author Jeremy De Silva. “In other words, throughout our history, there were different evolutionary experiments in how to be a biped.”

The footprints found in 1976 and re-excavated in 2019 bore different traits to those found in 1978, in particular a gait called cross-stepping.

“The trackway consists of five consecutive bipedal footprints. But the left foot is crossing over the right and vice versa. We aren’t sure what this means yet,” De Silva said.

“Cross-stepping sometimes occurs in humans when we are walking on uneven ground. Perhaps that explains this odd gait. Or perhaps just this individual hominin walked in a peculiar manner. Or maybe an unknown species of hominin was adapted to walk in this way,” De Silva added.

Based on the footprints, the researchers estimate the individual that made them was only a bit taller than one metre, walked with a prominent heel strike and had a big toe that stuck out to the side slightly, though not as much as in a chimpanzee.

De Silva said scientists can only speculate about other aspects of this hominin’s appearance and behaviour, and whether it was one already identified, such as Kenyanthropus platyops or Australopithecus deyiremeda, or a previously unknown one.

The human lineage diverged from the chimpanzee lineage about 6-million to 7-million years ago. A key moment came when our ancestors adopted erect walking on two feet, perhaps adapting to life on the African savanna.

Bipedalism required anatomical changes, particularly in the feet, legs, hips and spine, that evolved long before our species, Homo sapiens, appeared more than 300,000 years ago.

The Laetoli site is a grassland, with acacia trees dotting the landscape and giraffes and zebras plentiful. When the footprints were made, it was a hazardous neighbourhood for a little hominin, with ancestors of modern hyenas, lions and leopards, as well as now-extinct saber-toothed cats, on the prowl.

“Ancestors of a lot of the same animals that live there now lived at Laetoli millions of years ago including, of course, humans,” De Silva said.

England captain Root is the wicket the Aussies prize most, says Cummins

If the Aztecs thought they invented the macuahuitl they were wrong

By WILL DUNHAM
3 min read