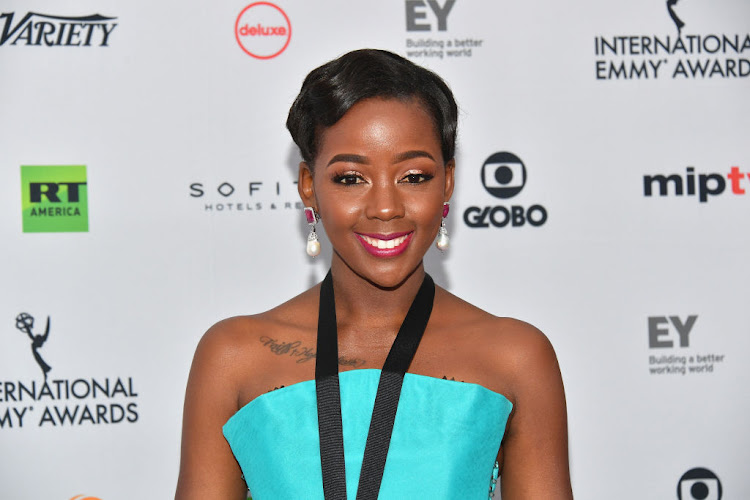 When we are not exporting the greatest fashion designers all over the world, SA actresses such as Thuso Mbedu have proven we are also the top destination for talented movie stars. The young actress stole hearts with her debut in 2014 on Mzansi Magic’s Saints and Sinners and, from the look of things, the local beauty has captured the US as well.

Set to star alongside Oscar-winning actress Viola Davis, Mbedu is fast becoming one to watch in her global takeover. Shining ever so brightly, the young screen maven has also gone through a meticulous and well-crafted wardrobe evolution that mirrors her climb up the Hollywood ladder.

Here is our look at how Thuso Mbedu is becoming a fashionista on the rise.

No stranger to the small screen, Mbedu made her name known through roles in soapies and telenovelas such as Scandal and Isibaya.

Taking on fresh young roles, including in daytime drama Snake Park on SABC2, Mbedu’s style mirrored that of her characters with practical pieces, including denim jackets and joggers, switching between sling bags and backpacks that completed her girl-on-the-go look. Her love for snapback caps echoed New York influences that might come from the time she spent in the Big Apple at the Stella Adler Studio of Acting.

The rising star showed no signs of slowing down in her unstoppable trajectory in the SA film and television industry, becoming the talk of the town and a must-watch star. The year would prove to be difficult for Mbedu, who recently shared she was struggling with depression at this time. But that was not going to derail her rise. That year, Mbedu scored one of her standout roles as Winnie in coming-of-age drama Isthunzi.

Her wardrobe took on a more playful approach, albeit a bit over the top. Mbedu started to experiment with layers, different textures and added more colours while still holding on to her casual approach with practical backpacks and comfy sneakers.

Taking on a much more dolled-up approach to her casual style, Mbedu starts to add established staples to her wardrobe with leather pieces, especially jackets. Mbedu was starting to take on much more demanding roles including a spinoff of the award-winning MTV series Shuga. Mbedu’s fashion also got a sleeker look with cocktail dresses and tight-fitting ensembles that mirrored the model off-duty look of the time.

Red carpets were nothing new to Mbedu, especially when she bagged her first Safta. Coming into her own as a rising star, Mbedu updated her red carpet looks and included bolder gowns in place of the understated monochrome choices she previously opted for. Taking on the same meticulous approach to what she wears, Mbedu interchanged different Africa-print gowns done in a variety of colours.

Cementing herself as one of the major stars of Shuga and one to watch, it came as a beautiful surprise that SA’s it girl would be taking on a lead role on Barry Jenkins’s adaptation of 2016 Pulitzer Prize-winning novel The Underground Railroad. While this would be a great time to shake up her look and explore with completely new pieces, Mbedu updated her sporty hip-hop inspired wardrobe with one that married her love for statement silhouettes seen on the red carpet.

Calling Atlanta home for over year, Mbedu’s style emulated the bold fashion approach the US city is known for. Many of her outfits employ colour-blocking. Reflecting the need for comfort à la the 2020 lockdown, Mbedu opts for a lot less accessorising during this time.

Millennial pink, earthier palettes and peachy tones become dominant themes of Mbedu’s take on fashion. Mbedu shines in the spotlight with a personal style that sees her try out bolder prints and even dressing around statement pieces. Never one to abandon her approach to style, Mbedu shows great potential as someone rooted on her take on fashion without changing according to what is trendy.

Four luxury linen brands to jump into bed with

Something’s cooking: the oil in your kitchen is about to make jets fry high