It’s US poll time. Here’s some on-screen insight into the ...

It’s US poll time. Here’s some on-screen insight into the nation’s politics

From 1939 to 2016, these 14 films will guide you through what is sure to be one of America’s most-watched polls 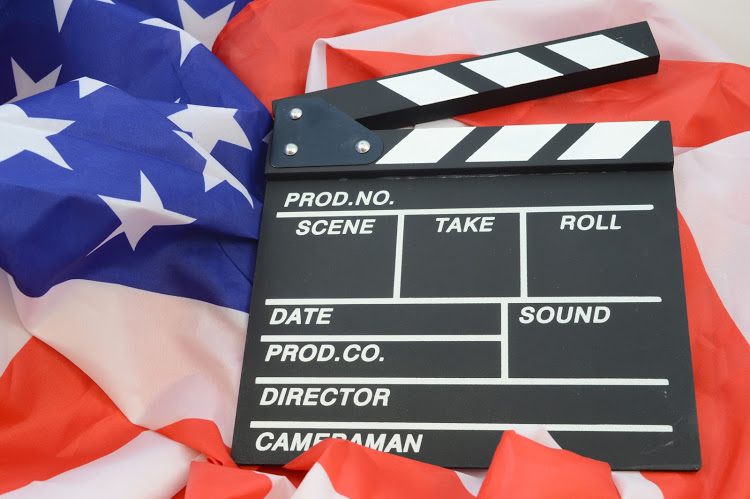 LIGHTS, CAMERA, ACTION Nothing can teach you about America quite like TV and movies.
Image: MATTHEW BENOIT/123RF

As in all political campaigns, many worthy, early front-runner candidates dropped off this list, but as we enter the final stretch of this year’s gobsmacking US presidential campaign, here are 14 films to guide you through the tricky maze of US politics over the past eight decades and show you how the more things change, the more they seem, so depressingly, to stay the same.

Frank Capra’s Jimmy Stewart-starring story of sentimental but heartfelt belief in the promises of American democracy is still a classic tale of idealism and what happens when a good man gets sucked into the Washington swamp.

A self-made media mogul whose ambitions know no bounds and who in this, still for many the best film made, is ultimately unsuccessful in his bid to gain the highest office in the land. If only it could never happen in real life.

John Frankenheimer’s brilliant dissection of the madness of the far left and right in the anxious nuclear age stands the test of time as a prophetic vision of the US under the influence of foreign puppet masters.

'The Manchurian Candidate' dissects the madness of the far left and right in the nuclear age.

The film that created a generation of journalists is still one of the best on-screen examinations of the depths of government corruption and its far-reaching consequences. It’s the ultimate story of the determination of small men to doggedly pursue justice and bring down those whose power seems to make them untouchable.

Robert Altman’s freewheeling, fast-talking comic genius was a perfect fit for this criminally underseen and underrated mockumentary miniseries about a hapless nice-guy candidate who decides to give his campaign his best shot, only to find that people out there actually like him. Written by Doonesbury creator Garry Trudeau and mixing fictional characters with real-life interaction with candidates on the real campaign trail, it’s a masterwork by an American maverick that perfectly conveys the mighty mess of post-World War 2 US democracy.

Forget about whether any of Oliver Stone’s conspiracy theories about the assassination of JFK have any evidence to back them up and you’re still left with a brilliant examination of all the nefarious powerplays at work in terrified Red-scare, Cold-War America, with its over-the-top real-life characters and their high-stakes dogged commitment to defend their misguided ideas about democracy by any means necessary.

Kevin Costner stars in 'JFK', which examines the powerplays at work in Red-scare, Cold-War America.

Tim Robbins directed and starred in this ahead-of-its-time piece of mockumentary nuttiness about a simple-minded conservative folk singer who decides to run for office. It’s blackly humorous and still uncomfortably prescient for a film made in the days before reality television produced a real, living president.

Barry Levinson’s sharp, funny, star-studded satire of the power of media to influence politics still rings frighteningly true and even more pertinent in the era of fake news.

'Wag the Dog' focuses on the media's power in politics.

Mike Nicol’s adaptation of the thinly veiled novel about the slick charms of the Clintons, Bill and Hillary, is an all-too-familiar story of idealism that turns to disillusionment in the face of ruthless ambition and the demands of realpolitik.

Alexander Payne’s high-school election satire is still a superbly smart attack on the bureaucratic madness that plagues the American electoral system. It’s not just a hugely enjoyable and cynical attack on voting, it’s also a terribly true demolition of the inequalities and fissures at the heart of the American dream.

Armando Iannucci took his singular brand of foul-mouthed, fast-paced, dry British satire to Washington for his madcap but razor-sharp dissection of the dangerous idiocy and lack of irony that was allowed such free rein during the eras of former UK prime minister Tony Blair and former US president George W Bush.

'In the Loop' is a political satire about a group of sceptical American and British operatives attempting to prevent a war between two countries.

George Clooney’s slickly thrilling look at the perennial American political theme of the souring of idealism and the threats posed by the revelation of dark secrets still feels all too chillingly real and relevant, even though similar situations seem not to have had quite the desired effect on toppling the career of US President Donald Trump.

Steven Spielberg’s Daniel Day-Lewis-starring look at the behind-the-scenes machinations of the passing of the 13th amendment to abolish slavery is as much a carefully observed historical portrait of its legendary protagonist as it is a revelation of the way in which the machinations of the US government have remained the same for hundreds of years.

Brian Cranston stars as legendary Senate bulldog and master politician Lyndon B Johnson in this hard-hitting examination of what happened when a man of iron will came up against the realities of the presidency during tumultuous 1964 and the titanic struggle to pass the Civil Rights Act.

Emma Thompson shimmers in dystopian drama that delights and terrifies