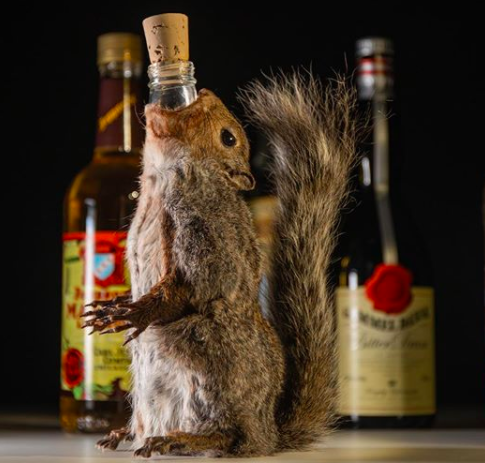 A museum in Sweden has launched an exhibition of bizarre alcoholic drinks from around the world.

The Disgusting Food Museum is exhibiting revolting beverages, such as spit-fermented wine, liquor fermented in prison toilets, whisky made from human faeces and beer made from testicles.

Sky News reported that the aim is to examine people’s relationship with booze by seeing the extreme lengths some will go to when craving a drink. Some ingredients in the brewed booze include a spit-fermented cornmeal beer from Peru, Ugandan gin made from fermented bananas and an ancient Korean beverage fermented from faeces and rice. This was thought to be a medicinal alcoholic drink until the 1960s.

“People are very desperate to get drunk around the world. Whenever we find ourselves in a situation where there is no alcohol, we become inventive and we’ve been doing this for millennia.”

Ahrens’ statement is not far-fetched. Earlier this year, South Africans were brewing their own beer when the government implemented a ban on alcohol sales.

Here is a snapshot of some of the bizarre drinks and food being exhibited.

A post shared by Disgusting Food Museum (@disgustingfoodmuseum) on May 3, 2019 at 4:49am PDT

A post shared by Disgusting Food Museum (@disgustingfoodmuseum) on Dec 2, 2018 at 6:30am PST

We just got a new cheese for the tasting bar - Cados from France, a rather smelly Calvados washed rind cheese. Come try it! #cados #frenchcheese #disgusting #disgustingfoodmuseum

A post shared by Disgusting Food Museum (@disgustingfoodmuseum) on Jan 9, 2020 at 5:04am PST

NDA or not, Cricket SA still has to field those hard questions