Tlale and Avon join to make up affordable luxury

Tlale and Avon join to make up affordable luxury 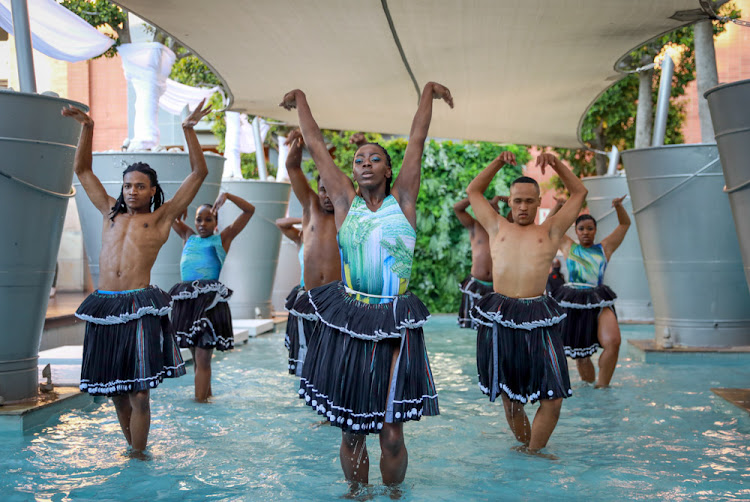 It’s the perfect Saturday afternoon and actor Vuyo Dabula, who plays Gadaffi in Generations: The Legacy, orders a double Jameson and lime from the bar.

The sun falls on his chiselled body as he sits down and admits that returning to the runway had him feeling anxious. Dressed in an all-white, linen David Tlale-designed outfit, the actor looks like a modern-day Greek deity. This is one of the pieces which was showcased as part of Tlale’s collaboration with Avon. 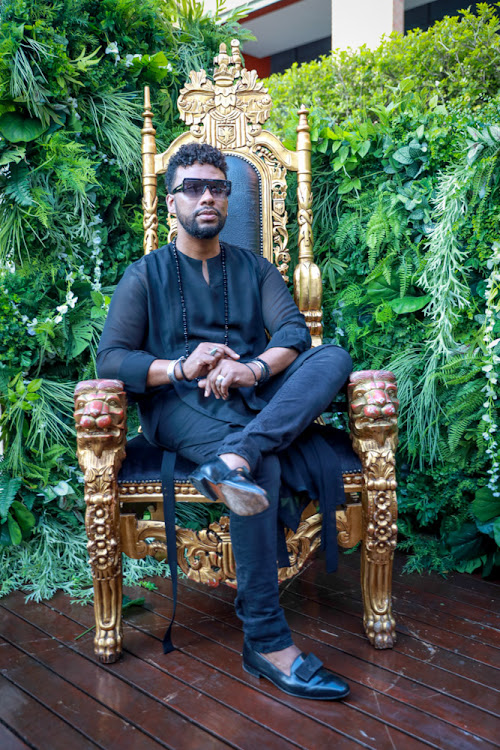 THE KING David Tlale revealed his new collection at the weekend, in collaboration with Avon.
Image: Sebabatso Mosamo

At the weekend, Tlale hosted his first fashion show since the Covid-19 pandemic changed the world. The pool deck at the African Pride Hotel at Melrose Arch in Johannesburg was where Tlale’s spring/summer collection with the cosmetics brand was revealed.

The collection is Tlale’s response to the fashion industry post-Covid-19’s hard lockdown and his attempt at tapping into the affordable luxury market.

“What we as the brand David Tlale did was to see the opportunity during the pandemic to start expanding and distributing on an even bigger scale to make sure people are able to buy and consume the product,” the designer said.

“Our luxury market will always flourish and will always stand. The affordable luxury, like this collaboration with Avon, we know the price points and the making of the products. People think now we’re going to make 6,000 products, no ... this collection is not poorly made, it’s still beautifully made, beautifully finished and still fashionable. We know that there is a mass market and a high-end market which will always thrive and we can’t mix the two,” Tlale said.

The collection, inspired by the movement of the xibelani [Tsonga skirt], ranges between R399 and R799, while Tlale’s spring/summer 2021 collection features a skirt which costs R17,800.

Tlale said the pandemic forced him to look deeper into himself, the country and the continent. The collection, which started taking shape in March, was inspired by elements of SAs heritage and culture. The designer said he was drawn to the beauty, movement and colours of the xibelani skirt. 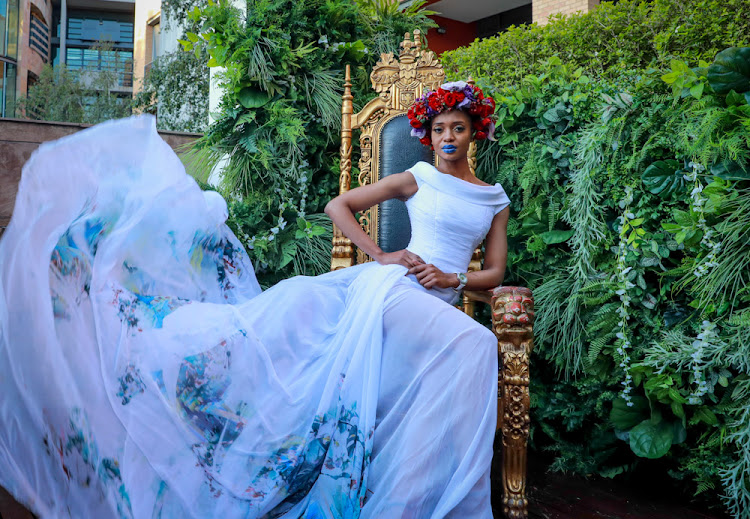 JUST FLOW David Tlale drew on the movement and colours of the xibelani skirt for his collection with Avon.
Image: Sebabatso Mosamo

“For this collection we looked into our heritage and our culture. We took one element, which is the xibelani skirt, not for anything else but the beauty it embodies. It takes metres and metres of hand-pleated fabric, it’s all hand beaded, which speaks to the craftsmanship in this country, which is amazing. We fused it with the underwater life by bringing in colour and texture,” Tlale said.

There were two shows to allow for social-distancing protocols. Champagne flowed and, with it being one of the first events since the pandemic shut down most social activities, there was excitement in the air.

The show kicked off with a captivating performance by Vuyani Dance Theatre. Dressed in Tlale swimsuits and black xibelani skirts, members of the ensemble had the audience in awe as they performed in the pool to Black Motion’s hit, Prayer for Rain. 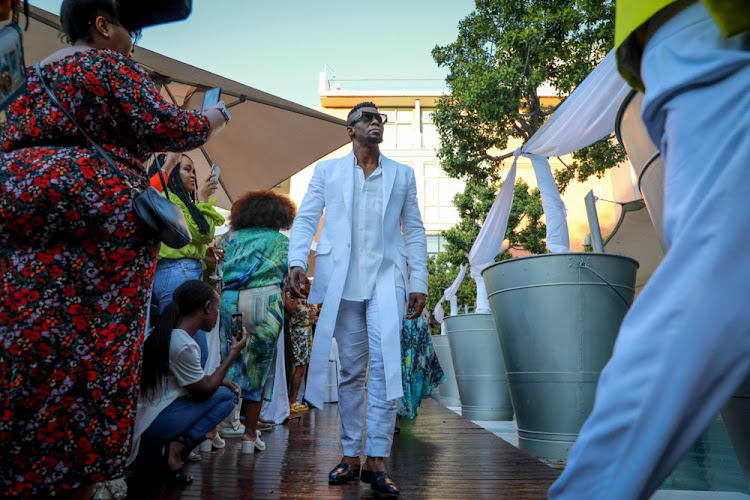 TV presenter Lalla Hirayama and former Miss SA Tatum Keshwar modelled pieces from the collection, but it was the six male models, including Dabula, who had everyone gasping.