African films to stream now if you’re looking for cinematic ... 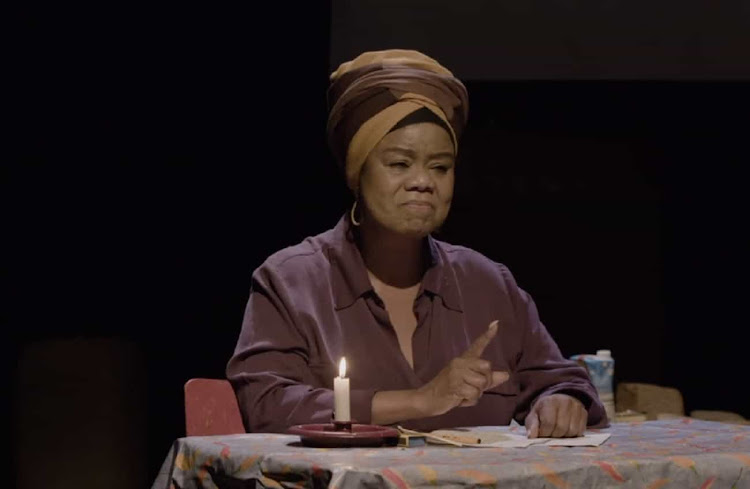 FACING EACH OTHER 'Mother to Mother'.
Image: Supplied

“My son killed your daughter.”

So begins Sara de Gouveia’s Mother To Mother, a 48-minute documentary about Sindiwe Magona’s book exploring the death of 26-year-old Fulbright scholar Amy Biehl, who was killed in 1993 while working to organise SA’s first democratic elections.

Magona was inspired to write the novel after realising that Amy was murdered just yards away from her own home in Gugulethu, and that one of the young men responsible for the killing was her neighbour’s son. “I had never before felt pain for a killer’s mother,” says Sindiwe, who chose to tell the story as a letter from the killer’s mother to the mother of her son’s victim.

The documentary also interviews actress and playwright Thembi Mtshali and theatre director Janice Honeyman, who adapted the novel as an intimate one-woman play, as well as pupils at both Oaklands and Westerford high schools, where the novel is now a set work.

Mother to Mother comes to Showmax from the 2020 Encounters SA International Documentary Film Festival, which praised it as “an engaging and thought-provoking work of cinema that expands our collective humanity” and awarded it second place in the Adiaha Award for best documentary film by an African woman.

This is De Gouveia’s third feature documentary: her first, Mama Goema, won Best SA Documentary at Tri Continental Film Festival 2011, while her second, The Sound of Masks, premiered at IDFA, was an official selection at Hot Docs, and won Best Cinematography at this year’s SA Film and Television Awards, where it was also nominated for Best Documentary and Best Editing.

In SA’s powerful 2020 Oscar entry, an ageing, womanising professional boxer (Safta winner Bongile Mantsai from Inxeba – The Wound and Scandal) and his career-criminal brother (Thembekile Komani) take one last shot at success and get more than they’ve bargained for.

Knuckle City was the most awarded film at this year’s Saftas, taking home six awards, including Best Director, Best Actor for Bongile, Best Supporting Actor for Patrick Ndlovu and Best Editing (Layla Swart), as well as Production Design and Make-Up and Hairstyling.

Directed by Jahmil XT Qubeka (Blood Psalms, Of Good Report, Sew The Winter To My Skin), Knuckle City has a 100% critics rating on Rotten Tomatoes. “It is impossible not to be completely consumed by Knuckle City,” wrote The Globe and Mail when the film premiered at Toronto International Film Festival, describing it as “Raging Bull meets Rocky, but in South Africa” and praising its navigation of “the painful issues of toxic masculinity, age and the impossible-seeming choices one can be forced to make to ensure the survival of themselves and the people they love ...  Mantsai’s performance is gripping, electrifying and heartbreaking”.

The Mzansi Magic film is set in Qubeka’s own Eastern Cape hometown of Mdantsane, which has produced 17 boxing world champions since 1994. But as Knuckle City’s tagline says, “There are only three ways out. The ring. A cop car. A pine box.”

Look out for the likes of Safta winners Zolisa Xaluva (Gomora), Siv Ngesi (Still Breathing) and the late great Nomhle Nkonyeni, who received a Lifetime Achievement Award in 2016.

I AM NOT A WITCH | First on Showmax

After a minor incident in her Zambian village, nine-year-old Shula is exiled to a travelling witch camp, where she is told if she tries to escape she will be transformed into a goat. As she navigates her new life with her fellow witches and a government official who exploits her innocence for his own gain, she must decide whether to accept her fate or risk the consequences of seeking freedom.

Winner of 15 international awards, including the Bafta for Best Debut for Zambian-born, Wales-raised director Rungano Nyoni, I Am Not A Witch has a 96% critics rating on Rotten Tomatoes. As Variety put it, “It’s rare and exhilarating that a new filmmaker arrives on the scene so sure of herself and so willing to take bold, counterintuitive chances ... Invigorating, intriguing and provocative.”

“I Am Not A Witch came about because of a huge spate of witch accusations that took place over a particularly dry summer in Zambia,” says Rungano. “What drew me in particular was that these accusations of witchcraft were almost always aimed at women. Naturally this added to my curiosity. What was particularly shocking in Zambia is that it’s a country dominated by Bembas, my maternal tribe. The Bemba people are matriarchal. We pride ourselves in the equality between men and women. Women were in the army and police long before many Western countries admitted them. Women could divorce just as easily as men. Women can own land and inherit just as a man does. Even our names are gender neutral. It’s this apparent contradiction that held my curiosity.

“I soon saw this phenomenon repeated throughout different parts of Africa,” she adds. “Eventually my research took me to Ghana. For over a month I stayed in one of the oldest witch camps in the world – more than 200 years old – the first foreigner to sleep there apparently. It’s my stay at the witch camp that informed the script.”

Rungano co-directed and co-wrote the Vimeo Staff Pick short film Listen, which was selected for more than 150 film festivals and won more than 70 awards, including Best Short Narrative at Tribeca in 2015. She also directed the Bafta-nominated short Mwansa The Great and wrote the Locarno Golden Leopard winner The Mass of Men.

A brilliant friend turns into a stranger as paths ...

Bend your mind, explore the ocean’s depths, laugh and cry