The ‘dark kitchen’ trend is gathering pace locally. And no, we don’t mean a dish served cold – à la Eskom 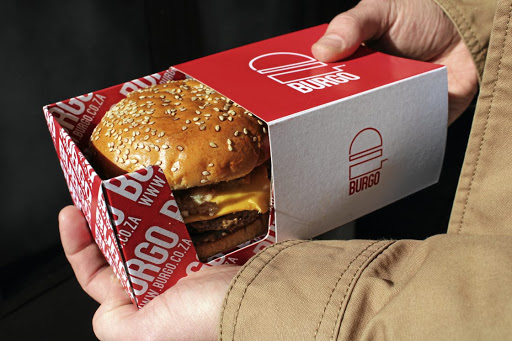 IN THE BOX Burgo is part of the dark kitchen trend.
Image: Supplied

The food delivery business is booming. Blame it on the lockdown or us being too lazy to leave the house in search of sustenance, but the global market for online food delivery services is set to top $110bn this year. And while SA accounts for just a fraction of that – about $524m, according to research group Statista – the market is growing even while the local economy contracts.

“Location affects two key factors: the cost of rent, and the suburbs you’re able to deliver to from that kitchen,” says Jarred Freedberg, CEO of The Ghost Kitchen, which launched in central Cape Town in 2018.

“Because we work with such a specific radius, if you’re 500m in the wrong direction you could miss a block of flats with a few thousand people in it,” says Jasper Meyer, who founded SmartkitchenCo in 2017 when his mobile pizza oven business outgrew his parents’ kitchen.

Today the SmartkitchenCo operates 24 “restaurant” brands from four kitchen locations across Cape Town, offering everything from the original Jazzy’s Gourmet Pizza to healthy bowls under the Jiro Poké brand.

“The goal is to eventually run 200 restaurants from 20 locations nationwide,” says Meyer.

Overambitious? Silicon Valley venture capitalist Tim Draper doesn’t think so. Draper has already taken a stake in the company, and Meyer plans a second round of funding for late 2020.

Silicon Valley heavyweights have certainly seen the potential in the dark kitchen sector. Google has invested millions in Kitchen United, while Uber founder Travis Kalanick rustled up $400m in investment to found CloudKitchens, which will offer serviced kitchens to budding entrepreneurs. 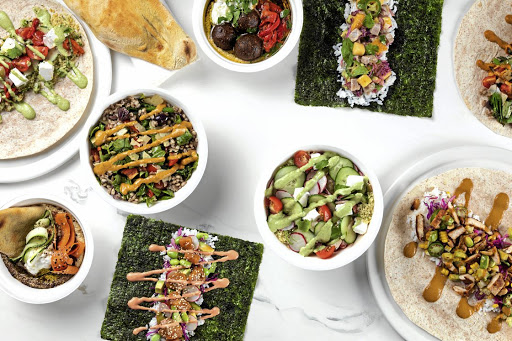 That’s the model behind Collective Kitchens, which launched in 2019.

Offering serviced kitchen space to chefs and entrepreneurs looking to get into the dark kitchen game, “it’s a turnkey solution where we provide all the infrastructure and commercial equipment”, explains founder Michael Hunt. “The operator comes in with ingredients and staff and can start cooking straight away.”

After a single kitchen in Rosebank, Joburg, confirmed to Hunt that the model worked, a new 10-kitchen development opened in Wynberg, close to the commercial hub of Sandton, in August.

“It makes sense to do it at scale,” says Hunt. “You have 10 kitchens using the same wifi, the same security. The financial model works better this way. We’re trying to give restaurants a cheaper way to serve customers. 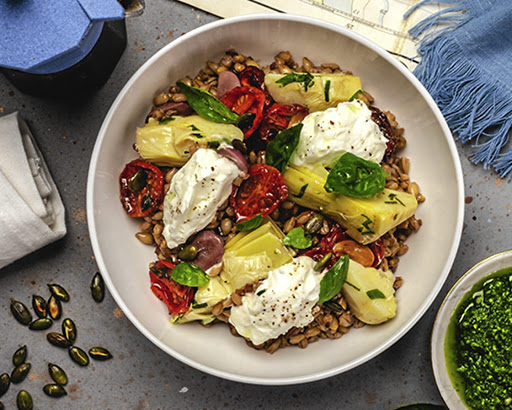 What’s on the menu?

While a handful of successful delivery-only businesses stick to a single product – special hat tip here to Cape Town’s delivery-only Butler’s Pizza, launched in 1989 – the current trend is for operators to offer multiple brands and cuisines from a single kitchen.

The brainchild of OrderIn founder Heini Booysen, Darth Kitchens launched in late 2019, with a R5m investment from Silvertree Holdings providing the capital to set up a 400m² production kitchen in central Cape Town. Today it offers eight standalone restaurant brands. 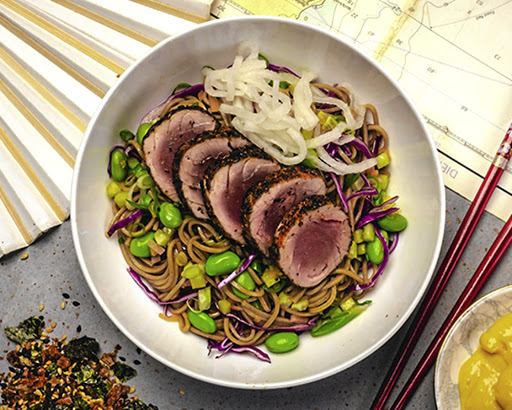 “Because you’re not adding a new bricks-and-mortar presence, all that’s needed for a new brand is some food and menu development and branding, before loading onto the various platforms,” says Shackle.

A diversity of food offerings also allows dark kitchens to quickly pivot when a brand isn’t gaining traction, or to respond to changing food trends.

“It’s a data-driven food business,” says Meyer. “We follow the data closely and create our brands around that.”

Shackle adds: “We pull a lot of data from delivery platforms and point-of-sale systems to analyse whether a dish or brand is successful. Which times of the day certain dishes are more popular, which ingredients are less popular, and how customers are receiving marketing campaigns. All of this helps us to customise our menus. If a dish isn’t selling, a chef can develop a new one and we can have it on the platform the next morning.”

If there’s an Achilles heel to the dark kitchen model, it’s that crucial last mile from kitchen to consumer.

This is largely outsourced to third-party delivery platforms, which brings with it a lack of control over delivery duration and the final interaction with the consumer. More importantly, it also means commissions as high as 30%. 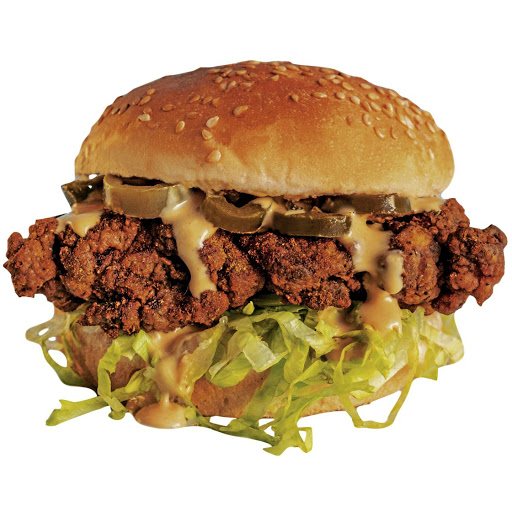 “It’s a tight margin game and the commissions are huge. In the restaurant industry 30% is your net profit, and that’s if you run your restaurant well,” says Meyer. “But in a way, it’s a good thing. You get better rates when you’re big and you have a bit more sway in the market, so commissions do drive us to scale.”

Other operators are working to build their own ordering and delivery networks, both to avoid paying commission and improve the customer experience.

The Slick Restaurant Group began developing its own dark kitchen before the lockdown took hold, but has since used the space to offer both its existing brands – it operates five restaurant brands in the V&A Waterfront – as well as new food styles catering to emerging food and purchasing trends.

“We have also developed our own online ordering system which will add value to the customer experience by providing deliveries to additional areas not offered by the delivery vendors,” says MD Ian Halfon. By using existing staff it was also able to offer employment while its restaurants were closed.

When veteran Gauteng restaurateur Larry Hodes launched The Dark Kitchen in a dormant space beneath his Voodoo Lily restaurant in Birdhaven, Joburg, he also balked at the commissions charged by mobile platforms. 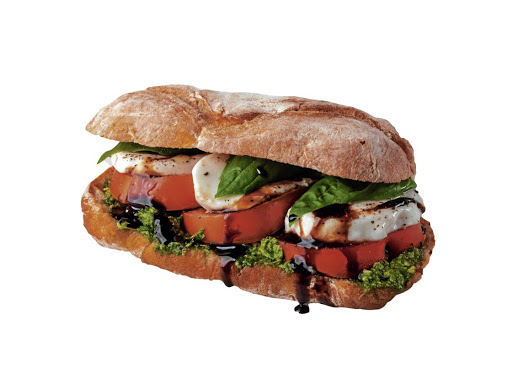 While The Dark Kitchen menu – pizza, Tex-Mex and Mediterranean-style cuisine – is also available through the major platforms, Hodes offers lower prices for direct orders: “We wanted to make this sustainable and cut down on costs, so we’ve created our own delivery network.”

While restaurant chefs obsess over the style and colour of the crockery served at the table, operators of dark kitchens do the same with delivery packaging.

“It plays a huge role,” says Hodes. “In a restaurant you have the touch and feel of the space, but with a dark kitchen there is no contact with the client, other than the delivery driver.”

“The packaging is one of the stars of the show,” agrees Shackle, who says it’s about function as much as form. “You need to make sure it’s easy to open, it’s sealed and that the customer can trust that the food hasn’t been opened en route. Plus, it has to be attractive, eye-catching and ensure that the food won’t be dislodged during [the] delivery process.”

Operators certainly work hard to make the packaging and presentation what many call “driver-proof”.

While many traditional restaurateurs have been forced to adapt to the brave new world of delivery, clinging to hope for a return to normality, the operators of dark kitchens are confident that their model is here to stay.

“There will always be space for experiential dining experiences, but delivery is the future as more players and customers become accustomed to delivery within that space, all the way to fine dining,” says Freedberg.

From Greece to Korea, how to eat your heart out ...

Wedded to distancing: venues dump the old for the ...

It takes a community to feed the bellies and ...

Gourmetless and gatvol? These venues are keeping ...

Hendrik simply loves the sweet side of life in Lisbon