Johan Stegmann’s solo exhibition explores his identity, while calling into question stereotypes about it 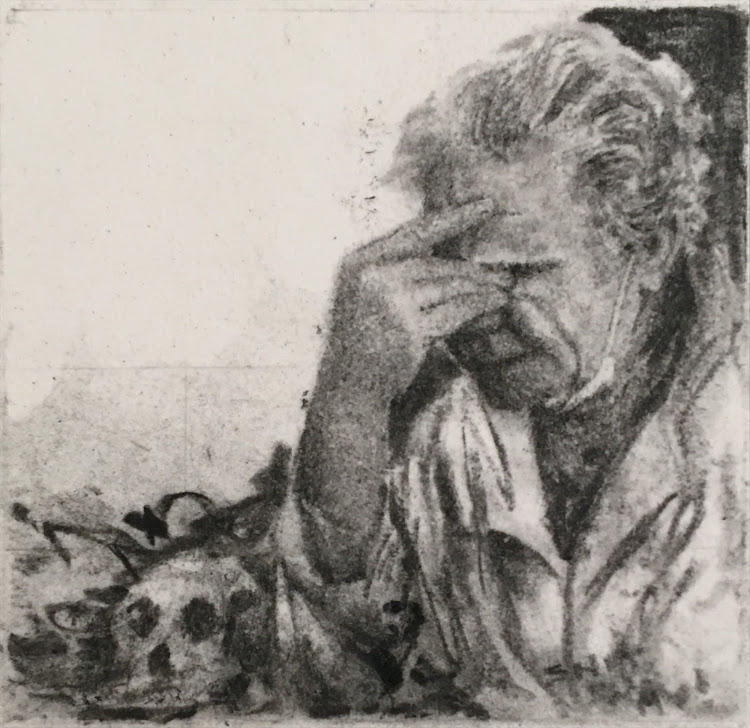 The weekend before last, a bomb was detonated at Lizamore & Associates’s gallery in Fairland, Johannesburg, briefly shattering the suburban quiet. The explosion destroyed the most prominent work in Johan Stegmann’s solo exhibition, an exquisitely rendered charcoal self-portrait, the result of three months of hard artistic labour.

Stegmann wasn’t too troubled. He had lit the match.

Admittedly, it was a firecracker and not a deadly device; the only bomb was the one referred to in the work’s title: Hou Jou Bom. The soft-spoken Stegmann hardly seems like the sort of loudmouth who would be told, or who would tell someone else, “hou jou bek!” (shut up!), so why would he blow up a picture of himself, placing the fuse between the lips in the image?

He argues that this was the only justified response to such a “terribly detailed, horrifically beautiful, disgustingly proud” depiction of his own bearded visage. It is a photorealistic drawing, from the wrinkles in his cloth hat to his piercing eyes and freckled skin. But the artist chastises himself: “What an ignorant white male you must be to glorify yourself so shamelessly and, above all, then demand praise for such a stupid achievement!”

Stegmann’s exhibition, Now There Are Horses! (Apokalips Toere vir Boere), sustains this fine balance between an unashamed and tender portrayal of his identity as a white Afrikaans person and an explosive, eviscerating, satirical response to that identity. In doing so, he plants a bomb deep under the layers of prejudice and stereotype that have accumulated in the collective South African imagination when it comes to Afrikaans and “Afrikaners”. 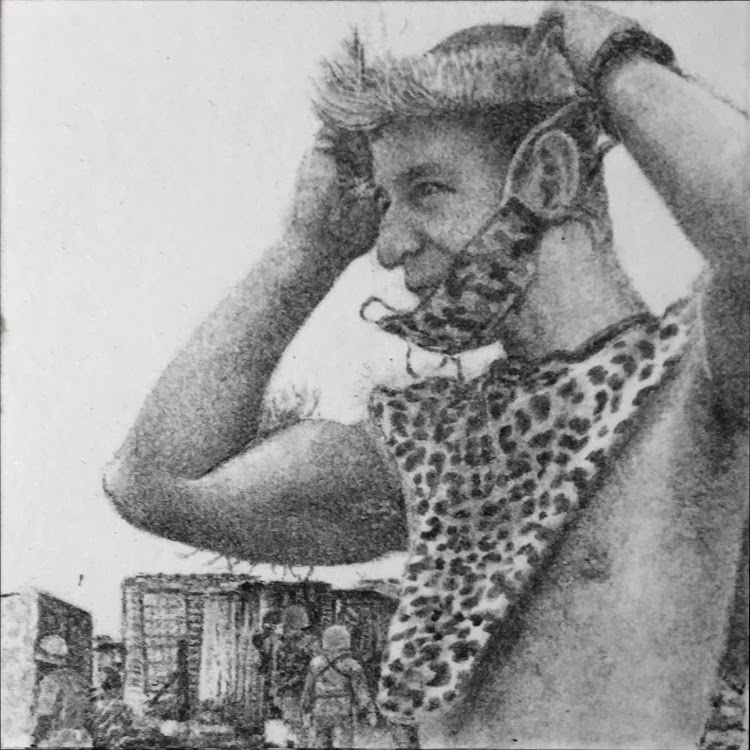 For starters, there is the misapprehension that Afrikaans is a “white” language. There is the ideological sleight of hand that has allowed English-speaking white South Africans to present themselves as “more liberal” or “less racist” than their Afrikaans-speaking counterparts. There is the neglect of a tradition of radical white Afrikaners: Beyers Naudé, Bram Fischer, Die Sestigers, Johannes Kerkorrel. And there is the false image of Afrikaans and Afrikaners as perpetually persecuted, and therefore always ready to fight or to flee, or to do something that involves riding a horse.

Stegmann is having none of it. He will not allow the caricature of the Afrikaans “Boer” to remain unexamined, but he will also not shy away from those aspects of his own white/Afrikaans subjectivity that are ripe for critique and mockery.

Along the way, his richly allusive works (and their playful titles) employ hundreds of verbal and visual cues. The obvious ones — the Voortrekkers, the “Boereoorlog”, apartheid’s border wars — do not necessarily signify the obvious. Alternative histories, or at least alternative interpretations of history, are suggested.

Yet the exhibition is very much of its time. The “apocalypse” in its title is the advent of Covid-19. Here Stegmann’s nightmarish etchings simultaneously parody the end-of-the-world scenario and morbidly acknowledge the severity of our modern plague. A number of works also respond to the urgency of the Black Lives Matter moment and movement. 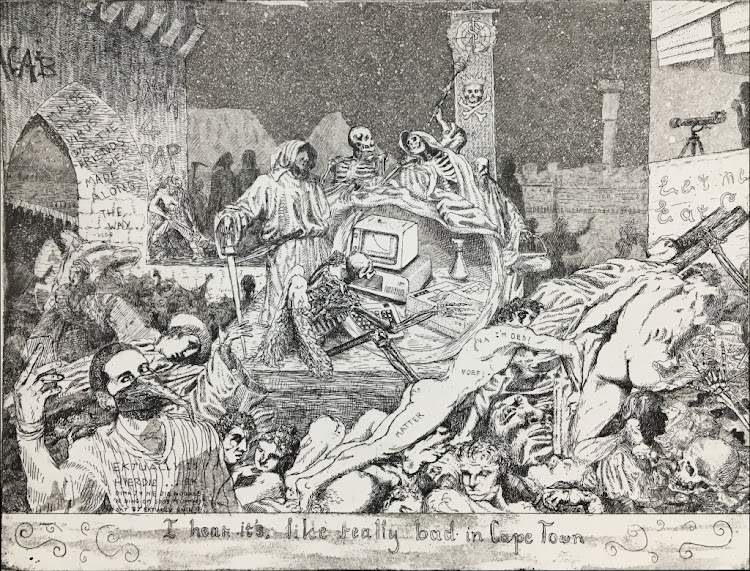 REALLY BAD ‘Gurl You Have Like No Idea’ by Johan Stegmann.
Image: Supplied

Despite this global context, it is of a specific place too: downtown Johannesburg, where Stegmann lives at August House in Doornfontein. The city’s CBD offers additional competing narratives. You can take tours that show urban growth and vibrancy; you can also find plenty of evidence of decay, of the end times, of things “going downhill”.

This is in stark contrast to the neatness and comfort of the gallery space, a binary that Stegmann collapses in an interactive virtual version of the exhibition that merges Johannesburg’s clashing geographies, imagery and soundscapes.

This digital intervention notwithstanding, the works insert themselves into a much longer art historical trajectory. Francisco Goya is Stegmann’s primary influence, but his etchings also cite William Blake, Gustave Doré and an iconography dating back to the late medieval period. His etchings are astonishing in their detail, all the more so for their miniature size. The scale is small, but the scenography is dense. Viewers are given magnifying glasses (and even a microscope) to study these close-up: an invitation to look more carefully, slowly and critically at the not-quite-apocalyptic world around us.

Under the skin: this is where taxidermy gets meaty