Relax, those voices in your head don't mean you're crazy

Relax, those voices in your head don't mean you're crazy 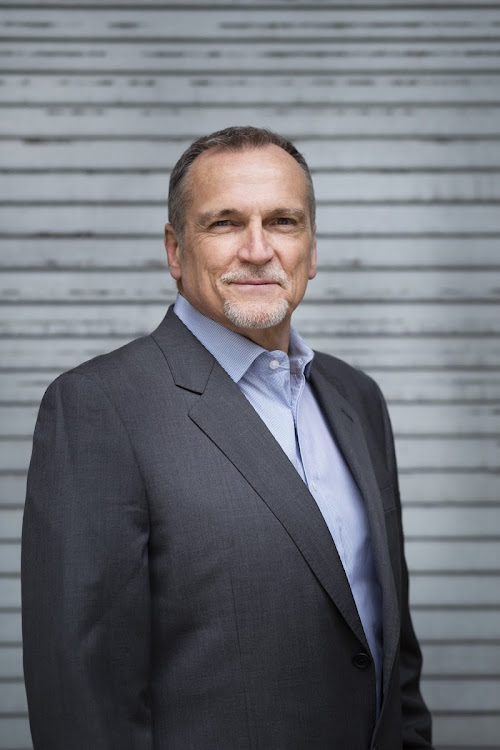 What if you could talk to the voices in your head, and tell them to shut the hell up? It sounds a simple solution to the complex problem that is one common symptom of mental illness. But researchers believe a study to be completed in 2020 could show that some people can function in daily life despite hearing voices.

South African Greg Shankland (pictured) who calls himself “a voice hearer and business strategist” says he is proof it can work for some high-functioning individuals with mental health conditions.

While living in New York, Shankland woke up one day about nine years ago, hearing three abusive voices. What he thought were his mean neighbours have become lifelong companions. But he has learnt to handle the three “visitors” who were spying on him and would bring him down at the least, and at the most tell him to harm people around him.

“At age 55, just out of the blue, this happened. I had no prior issues at all,” says Shankland. “Not everyone can understand it. People think it is God, the devil, the ancestors. Sometimes they tell you to harm people, they constantly say bad things about you, so it affects how you think about yourself.”

After several breakdowns, one which saw him book into the Table Bay Hotel so he could be safe (using notes to communicate), as well as unsuccessful medical interventions and a year of drama, Shankland decided to explore alternative options. He found a movement that believes people can live with the voices by handling them. Neurolinguistic programming (NLP) allowed him to interrupt the negative thought patterns that the voices provoked and replace them with something positive — and even amusing. He gave them silly names like Squealie and Tutu, put them in costume, and talks them down in the morning.

Not everyone can understand it. People think it is God, the devil, the ancestors.

Dr Linda Eskell Blokland, senior psychologist at the University of Pretoria said this form of therapy was  popular in the 1980s, but emphasised that the majority of NLP practitioners who clambered for a non-pharmaceutical solution, were non-medical professionals. However, in recent years, clinical psychologists and therapists were reconsidering the treatment method in conjunction with medication tailored to the individual. Unlike Shankland, there are those who have multiple symptoms.

“Any type of therapy really is supposed to help people manage the problems. Methods like NLP and cognitive behavioural therapy are an important part of their treatment. But there are many different causes for auditory hallucinations, and for some the prognosis is not as good as others. If it comes with other symptoms and is pervasive like schizophrenia, often you would need medication to help the person in function as best. Medication can silence the voices and for some people who were diagnosed with psychosis, without medication their lives would have fallen apart. It is a nightmare to be trapped in that situation. When they get onto medical pharmacare and therapy, which is best practice, they can become highly functional. A case study of a person who went to college and, in his case, his auditory hallucinations continued but he could ignore them and could tell between the hallucination and reality.”

But Shankland was determined to avoid the medication, which he says had undesirable side effects. “Some dull emotions, others cause weight gain, it is terrible.”

“What is happening in the majority of cases, I found living in the US and SA, people are given tablets and then get a lot of pressure put on them from family and friends, to take those tablets even though they don’t help. It is not giving people a chance to help those people deal with them.”

Shankland found common ground in the International Hearing Voices Projects and Hearing the Voice, a large interdisciplinary study of voice-hearing by researchers at Durham University, both in the UK.

The latter project aims “to develop new methods for interdisciplinary research into human experience and transform the way in which voice-hearing is managed, treated and understood through a comprehensive online resource for voice-hearers and mental health professionals, as well as an ambitious arts-led programme of public engagement”.

Voice-hearers describe the experience as like being visited or accompanied by a person or presence.

Dr Ben Alderson-Day, research Fellow in the Department of Psychology at Durham said “the interesting thing about the hearing voices movement is how it calls us to think again about unusual experiences like hallucinations, and try to understand them as something that can happen to anyone”.

“Our research group at Durham – Hearing the Voice – have been working together since 2012 exploring many different facets of the voice-hearing experience, including studying what it feels like or the “phenomenology”, the cognitive processes that might be involved, such as memory, and what’s happening in the brain. We are about to embark on a new three-year study tracking how voices develop over time in people when they first start using psychosis services in the UK.”

He said one of the key findings of the research so far, was that hearing “voices is not always about 'hearing' something; many of the voice-hearers describe the experience as like being visited or accompanied by a person or presence (a voice might even feel like it is there when not speaking). This has important implications for understanding the psychological impact of voices and affects how we might develop better treatment and therapy options for people who hear voices and need support.”

He added that, including South Africa, there are many people around the world who still don’t have access to psychological therapy for voices. “Where therapy is available, though, there has been an interesting trend towards more therapies promoting dialogue with voices and interacting with them as if they were people. This relates to the idea of voices not just being an experience of sound, but being an experience that feels like a person is there with you. Some people find dialogue with their voices very useful but it’s not for everyone – everyone’s voices are different.”

Shankland says: “Hearing voices is usually associated with severe mental illness such as schizophrenia, bipolar, OCD and psychosis — but hearing voices can also be an important aspect of many ordinary people’s lives.  Sometimes the diagnosis criteria does not fit in with it. People are being labelled but do not fit in. Yes, hearing voices or having visions, thought intrusions, are something unusual and present in your aware mind. The brain reacts, the body reacts and it becomes an emotional thing you feel and you think about. In thinking about it, we try and process that to a comfortable outcome,” says Shankland.

“I didn’t feel mentally ill. The voices were a distraction and difficult to ignore, but my mind was still working well. There are others who feel the same way,” he said.

Sweet! Snoozing for a wee bit longer helps you cut down on the junk food