Stick your neck out for these rock ’n rollers, you awkward turtle

A WORD IN THE HAND: GIRAFFE

Stick your neck out for these rock ’n rollers, you awkward turtle 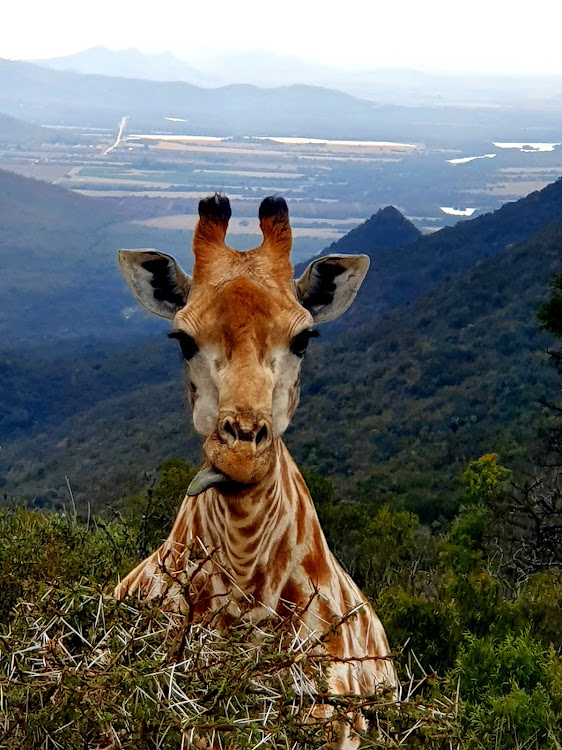 Somewhere out in one of the world’s oceans, an enormous female leatherback turtle is hopefully still swimming about without any notion that her name is Sea Biscuit, nor any inkling that I am her adopted mother.

Such gimmicks are common. This week, the Dallas Zoo in Texas advertised a special promotion where visitors could “symbolically adopt a reticulated giraffe for just $89” (about R1,500). They did not say how much it cost to adopt a non-reticulated giraffe.

The reticulated adoption included an “eco-friendly” plush toy, an adoption certificate, a photograph of the “baby” and two tickets to the zoo.

Cheap at the price, perhaps, but there wasn’t much said about where the money would go.

I “adopted” Sea Biscuit the turtle because my cash outlay (or so they told me) translated into clear research channels. I could hardly not do this after watching her lay her eggs on a beach in the far northern reaches of KwaZulu-Natal.

Turtle mothers return to the beaches where they were born, haul their laborious way across the sand, dig a hole, lay eggs and stumble heavily back to the weightless waves.

Those few who grow uneaten into adulthood will circle lazily from current to current and continent to continent until they are struck by the genetic drive to procreate.

At this point, the turtles unlucky enough to be born female become heavy with eggs and are directed by an internal compass to the very beaches down which they scuttled as newborn turtlets.

If, in the intervening 30 or so years, buildings with electric lights loom newly near these places, the female turtle will stay at sea and abort her eggs.

If things look suitably calm, quiet and dark, she will land and experience her body mass for the first time in decades. Which is sort of how I feel after lockdown.

Let us move on from turtles and address the mighty giraffe. Tuesday June 21 was annual World Giraffe Day. There is a day for everything under the sun, even peanut brittle, but World Giraffe Day is one of the nobler initiatives. Instituted by the international Giraffe Conservation Centre, it serves to remind people that these beautiful weirdoes are not nearly as prolific as they once were.

In about 1500 BCE, Egyptian Pharaoh Hapshepsut was the first person in recorded history to have a pet giraffe, although they were not called giraffes back then. The Online Etymology Dictionary has no idea what they were called. The first mentions in medieval writings refer to them as zarafa, jarraf, ziraph or gerfauntz.

The Afrikaans word for giraffe — kameelperd — owes its existence to the ancient Greek kamelopardalis, which combines a long-necked camel with a spotted leopard or panther.

In the 1500s, the selling of giraffe hides became a lucrative business. In 2016, the IUCN declared giraffes to be a vulnerable species, which is why we should have paid more attention to World Giraffe Day on Tuesday.

If you’re thinking that this is a bit of a departure from my usual language rant, it is purely because as I type, three giraffes are looking at me in a very judgy manner.

Their names are Elvis, Priscilla and Lisa-Marie, and they are residents at the Limpopo eco-lodge called Graceland (obviously).

It’s hard to tell what a giraffe is thinking when it stares at you. All I can say is I was the first one to drop eye contact.

PODCAST | Is the RAF worthy of public money or just pushing up the fuel ...