Unlike their human counterparts, these bureaucrats keep the ...

Unlike their human counterparts, these bureaucrats keep the channels open

Hippos may spend up to 16 hours a day chilling in rivers and lakes, but they do an important job keeping waterways open 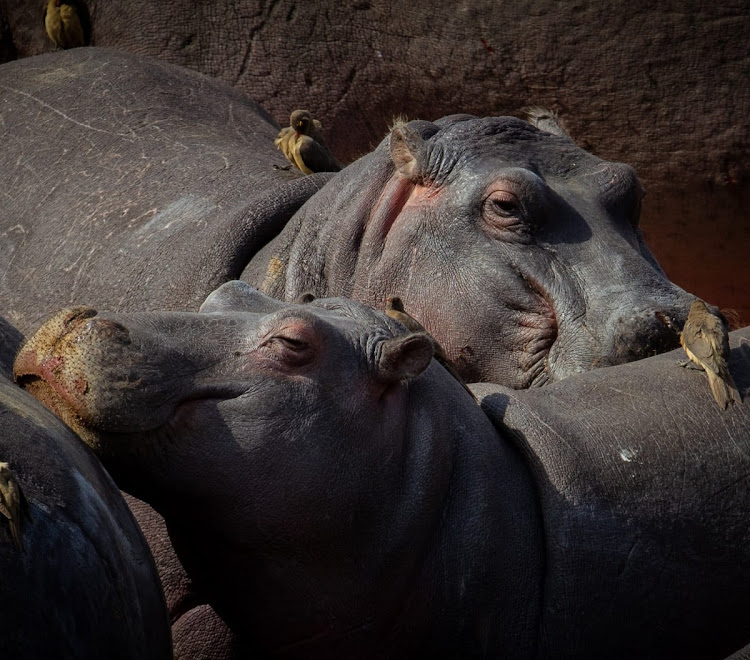 BEWARE THE BLOATED BUREAUCRAT Don't be fooled by their comic chubbiness. Hippos are highly territorial and dangerous if they feel their space is being invaded.
Image: Nadine Dreyer

One of the great mysteries of modern life is how civil servants while away their time.

One thing we do know is that they go through a rigorous vetting process to ensure they have the right genetic makeup to make our lives a misery.

If there were a curriculum for these playground Pinocchios, the works of the Marquis de Sade would feature prominently on the reading list. Torture by paper clip and stapler officiously documented in triplicate. Anything goes, as long as it’s not civil.

Hippos can weigh up to 3,600kg, but who needs Weight Watchers when  staying underwater helps relieve the weight of the  bulk?

In the wild, hippos live for about 40 years. In captivity, they tend to live longer and may reach up to 50 years.

The tyranny of tea time is rigidly enforced. Go-slows are best practice. Crucial documents vanish down a black hole, never to be retrieved.

Charles Dickens captured the trauma of dealing with civil servants in David Copperfield: “Britannia, that unfortunate female, is always before me, like a trussed fowl: skewered through and through with office-pens, and bound hand and foot with red tape.”

There are different explanations as to why the expression red tape has become synonymous with officious bureaucracy. One of these goes back to the 16th century, when Henry VIII wanted to divorce his queen because he had the serious hots for one of her ladies-in-waiting. The randy monarch besieged Pope Clement VII with 80 petitions for the annulment of his marriage to Catherine of Aragon so he could marry Anne Boleyn. Each document was sealed and bound with the obligatory red tape, as was the custom. (All his pleas were for nought; the Pope said no.)

The daily routine of the average hippo is very similar to that of the average government bureaucrat. They report for work in the morning and little else happens for the rest of the day.

They do, though, put in more hours than your average nine-to-fiver, spending up to 16 hours chilling in rivers and lakes. They can’t have much to record in their diaries, but what’s not to love about this life? Ask any bureaucrat.

Night time is munch time and that’s when these herbivorous titans get out to feed, mostly on grass.

Hippos, known by the ancient Greeks as river horses, come up for air every five minutes and their eyes and nostrils are located high on their heads, which allows them to see and breathe while mostly submerged. 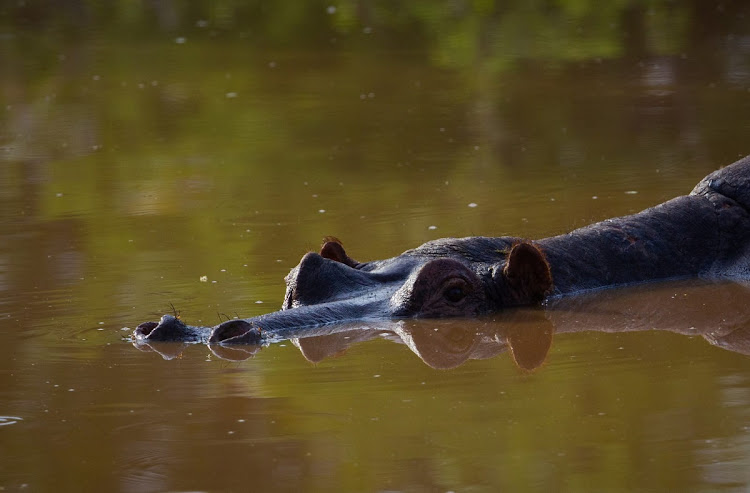 Hippos spend up to 16 hours a day in water and get out to forage when the temperature is cooler. They can eat up to 35kg a night, which is some serious carbo loading.
Image: Nadine Dreyer

Hippos were illegally imported into Colombia in the 1980s by Pablo Escobar to create a private zoo at his Hacienda Nápoles ranch. (How many bureaucrats did he need to bribe to pull that off? Wow.)

While many of Escobar’s animals were relocated after the notorious drug lord was shot and killed in 1994, the hippos were too big to move, so they remained.

Like Escobar, don’t get into a kung fu fight with hippos. Often mistaken for cheerful chubbies, they are dangerous to humans who venture into their territories.

Mothers defend their calves fiercely and crocodiles know that if they attack a baby hippo they could end up as sushi.

Unlike the other bottom feeders, hippo perform a vital ecological job by keeping waterways open by walking at the bottom of lakes and rivers.

As for the red tape brigade, even Napoleon Bonaparte couldn’t escape their tentacles. A letter addressed to the former emperor was sent to 3 Rue Saint Charles in the Corsican city of Ajaccio during a national census in 2013, nearly 200 years after his death.

The current resident returned the letter with a note: “Died in 1821 — please forward to Saint Peter.”

Are you hectic with cold sweats? If not, it’s a mutation at work