A WORD IN THE HAND: SNOG

P*ss off with that kiss-off, and if that’s giving lip, snog my a*s! 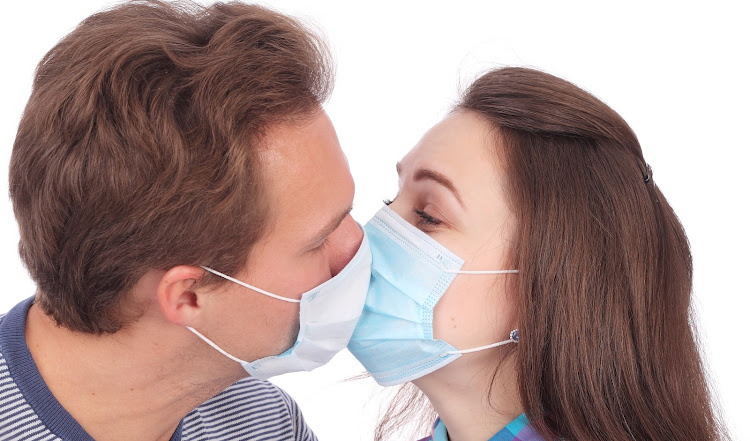 SNOG ‘Snogging’ was once as innocent as this: how can it be a swear word?
Image: 123RF/ lanych

The problem with Wordle is the same as the problem with any addiction. Upon waking, where before one might have thought first of the pleasure of a cup of coffee, or the enjoyable tasks the day might bring, now millions of people around the globe, as soon as they open their eyes, instead think: “A new Wordle!”

The high delivered by any addiction is by definition fleeting and evanescent. After solving the day’s Wordle puzzle in five minutes or less, the remaining 23 hours and 55 minutes of the day and night, until a new puzzle is posted, inevitably seem rather bleak.

Just like sugar, Wordle delivers a rush followed by a trough.

Which is why so many other sites have sprung up, such as Quordle, where one tries to simultaneously solve four adjacent Wordles, or Sweardle, which is based not on the Wordle system of five-letter words but, understandably, on four-letter words.

My good friend Jonathan has improved my life immeasurably by introducing me to Sweardle. It’s not the same as Wordle, where you get told, depending on how swiftly you came up with the day’s word, that you are a genius, impressive, splendid or great (or just “phew” if you take the maximum of six tries to get the word).

On Sweardle, as long as you find the naughty word within the requisite number of tries, you are always told: “Congratulations, you potty-mouth!”

While not presenting quite the same linguistic challenges as Wordle, Sweardle is undoubtedly fun, and an interesting test of how much or little profanity one might have absorbed over the years.

Wordle lovers have been known to complain vociferously about American spellings and borderline words such as “bayou”.

Sweardle lovers, particularly yesterday, complain about whether words are naughty or not.

Now that it’s Friday and Thursday’s Sweardle puzzle has come and gone, I can tell you that yesterday’s solution was “snog”, which had many Sweardle addicts up in arms.

My friend Jonathan vowed to contact those who run the site and “call “b***s**t” on them.

I pointed out to him that his objection had too many letters, to which he replied: “S**t.”

The corruption of snogging seems to have been accompanied by its importation into American English, probably via fairly innocent British films, such as those made by Richard Curtis.

The question remains: Is “snog” a swear word or not?

Based on some surface research, it would largely seem not, though there are those who think about snogging in a different way.

The Online Etymology Dictionary says that snog is of uncertain origins, with some indications that it first arose in British slang in 1945, while said British were in colonial occupation in India.

There are no sources that connect “snog” to a word or phrase in any South Asian language, so we must presume that the linen-clad, white-skinned occupiers came up with this all on their own. Also, it is unlikely that snogging would have been sanctioned in the rule book of any locals at the time.

The OED defines “snog” as “to flirt or to cuddle”. Even in a strict society that forbids public displays of affection, this can hardly count as profanity.

In my high school days, snogging meant kissing, at the very most. It did not carry with it any sense of exploring territories beyond the lips.

The corruption of snogging seems to have been accompanied by its importation into American English, probably via fairly innocent British films, such as those made by Richard Curtis.

Here’s what I discovered:

The US site Lexico defines snogging as “to kiss and cuddle amorously”. That “amorously” already takes it several bases beyond its UK origins, if you ask me.

The Urban Dictionary (successor to Ambrose Bierce’s Devil’s Dictionary in that it assigns real as well as inventive meanings to words), gives both a serious and a fatuous answer:

The examples given by the UD are: “Jean and John participated in some good old-fashioned snogging between class periods” and “Discreetly imposing her vegan lifestyle on John, Jean forcefully encouraged him to try some snog, but her efforts were in vain.”

To be fair, there is apparently a brand of frozen yoghurt called Snog, but I still think the second definition is overreaching.

As for its potential as a dirty word, the Stack Exchange section for questions about British English gives the most popular answer as: “Snog is a (neutral) slang word. Of course, almost all words can be used in a rude or impolite manner; but in English, that depends more on tone or context. Without any rude tone, snog does not have any innate rude qualities to it.”

Let’s just say that if all Sweardle addicts get together, the composers of yesterday’s puzzle might be socked rather than snogged.