Is it Usain Bolt? A fleeing Gupta? No! It’s the savannah’s super ...

Is it Usain Bolt? A fleeing Gupta? No! It’s the savannah’s super speeder

The cheetah, the fastest land animal, can reach 100km an hour in about the same time as a Formula One car 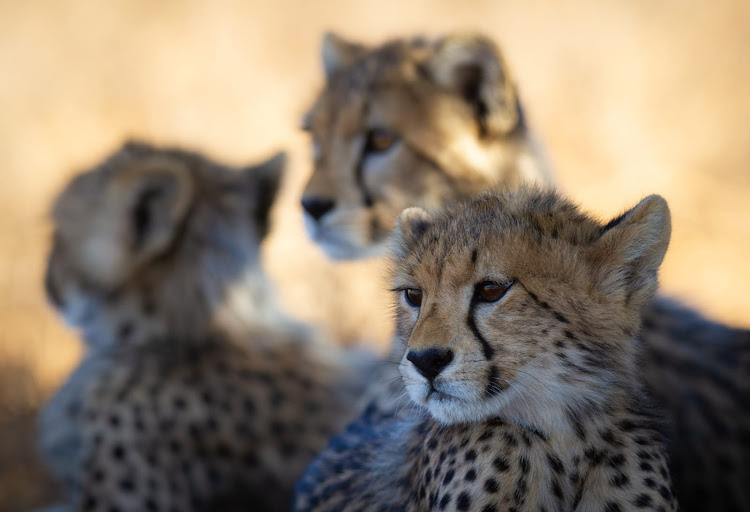 WILL THEY MAKE IT? In the wild, the mortality rate of cubs can reach 90%, so these adorables, photographed on a private reserve in the Karoo, face an uncertain future.
Image: Nadine Dreyer

I think it’s safe to assume the Gupta brothers bolted out of SA pretty speedily in 2016. Faced with the looming prospect of jail time, they would have demonstrated an athleticism one would not at first glance attribute to the tubby trio.

The alacrity with which they would have clambered aboard their private jet would have been equally impressive. (Naturally, state capturers make it a habit of avoiding cattle class. No chicken or beef.)

The tinpot triumvirate would then have ordered their pilot to point the nose of their private jet towards Dubai and hotfoot it PRONTO. “Don’t stick to the speed limit!” they would have barked at the poor guy.

It’s also safe to speculate that with their departure those cohorts and enablers left behind would have slurped up the remains of their gravy with concomitant haste.

State looters are quick, but not even the pace at which their greed metastasises can compare with nature’s highest expression of speed. The cheetah has evolved to sprint across the savannah like nobody’s business.

Take that, Max Verstappen, next time you squirt expensive champagne in the faces of your rosy-cheeked rivals from the podium.

Schoolkids have barely picked up their first copy of National Geographic when they are taught that cheetahs are the fastest land animals, reaching speeds of 120km/h over a 200m sprint.

Here’s another astounding fact: cheetahs can accelerate to 97km/h in as little as three seconds, making them faster than most sports cars. Va va vroom!

Apparently the fastest Formula One cars accelerate from 0 to 100km in 2.4 seconds, so even by the measure of the very best, a cheetah’s speed is astounding.

Take that, Max Verstappen, next time you squirt expensive champagne in the faces of your rosy-cheeked rivals from the podium.

Designing Formula One cars is a big deal, as you can imagine with more than 525-million fans watching goggle-eyed over the course of a season and an annual turnover of more than $4bn.

According to usmotorsport.com, the standard Formula One car is made up of about 14,500 individual components.

Unlike the cars we plebs drive, a Formula One car is continually tweaked, with new parts being introduced before each race.

I’m thinking this must be a bit of a pain for racing teams, but from this year Formula One cars must be built with certain “standard” and “prescribed” parts. (Seriously? Some people should get a day job.) 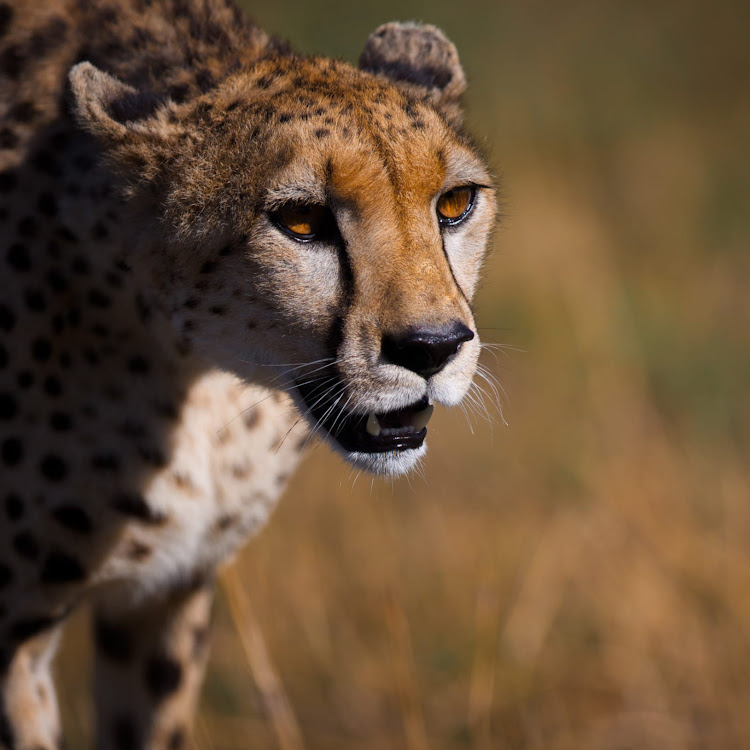 Cheetahs can spot prey up to 5km away. This animal was photographed in the Serengeti, an athletics track for big cats.
Image: Nadine Dreyer

Cheetahs have never had to suffer officious nosy parkers tying them up with red tape and telling them to standardise parts of their bodies with, say, leopards.

Over millions of years nature has engineered them with one primary goal in mind: to get from point A to point B in the fastest possible time.

So they have small heads, lean bodies and long legs. Their nostrils are large so they can take in more oxygen. They also have large lungs and hearts which help to circulate oxygen through their blood efficiently.

Not only are cheetahs fast on the straight and narrow, they can twist and jive like the best of them.

Not only are cheetahs fast on the straight and narrow, they can twist and jive like the best of them. These cats can reach speeds of up to 113km/h while turning 180 degrees. No use being the Usain Bolt of the plains if you can’t track your target.

They also have incredible eyesight and can spot prey such as impala from 5km away.

Their distinctive black tear stripes are believed to act like Ray-Bans, protecting their eyes from the sun’s glare. But not only are they cool sunglasses, they also help cheetahs to lock their eyes on their prey: rifle scopes for the fastest cat on the block.

Cheetahs have faced extinction twice and their future is again perilous. According to National Geographic, at the turn of the 19th century more than 100,000 cheetahs lived in the wild. Scientists estimate the figure has plummeted to 8,000.

Unlike the Gupta brothers and their cohorts, cheetahs desperately need to win the race against extinction.

I’m not journeying anywhere or risking anything, but I’ll read the books