UN peacekeeping in Africa is working better than you might think

UN peacekeeping in Africa is working better than you might think 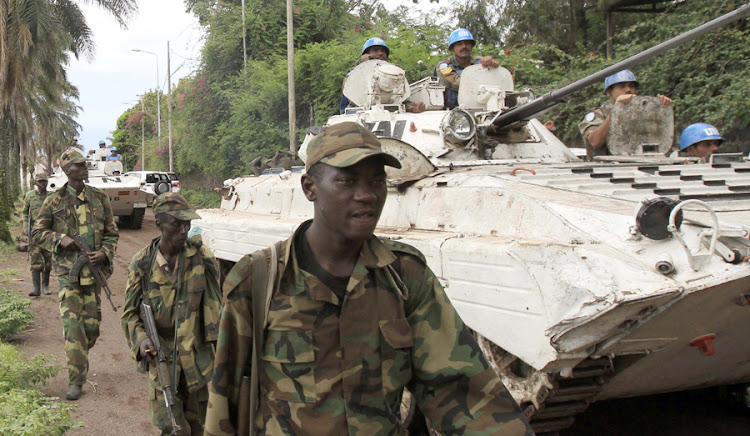 KEEPING THE PEACE A UN peacekeepers' armoured vehicle passes Congolese rebels in Goma in the eastern Democratic Republic of the Congo.
Image: Reuters

Media headlines often make it seem as if peacekeeping is not going well. They tend to highlight violence, displacement and abuse. The quantitative data, however, tells a different story. Peacekeepers are saving lives and helping to keep the peace.

I have studied peacekeeping since the early 1990s, when I worked at the UN in New York during the devastating failures in Somalia and Rwanda. I have since applied a scholarly lens to peacekeeping — examining all cases, not only failures — and found more missions succeed than fail. I have also witnessed peacekeepers in action in a variety of conflicts in Africa, the Middle East and Europe.

The narrative that peacekeeping is failing has contributed to decreasing budgets and stalemates in the UN Security Council. The council has not authorised a new, major peacekeeping mission in eight years.

Though UN peacekeeping has many challenges, it remains an important instrument of peace.

During the 2000s, South Asian countries — Bangladesh, India, Nepal and Pakistan — supplied the most peacekeeping troops. By the 2010s, however, top troop contributions and the locations of the most complex missions had shifted to Africa.

Most UN troops now come from the continent and it is home to six of the 12 current missions, including the largest four. These are in the Democratic Republic of the Congo (DRC), the Central African Republic, Mali and South Sudan.

First, it embodies the institutionalisation of the idea of “African solutions to African problems”. This idea was coined by the late Ghanaian economist George Ayittey in the wake of the US’s disastrous operation in Somalia and has been widely debated since. It represents a response to the legacies of slavery, colonialism and, more recently, exploitive and abusive practices.

Second, it reflects a shift in some basic principles. Research on the transition from the Organisation of African Unity (OAU) to the AU traces a move from the principle of “non-interference” to “non-indifference”. Regional and other organisations were expected to help prevent conflict within states and save lives.

Similar shifts occurred in the UN system more broadly. These were reflected in the 2005 adoption of the Responsibility to Protect doctrine.

In the 2010s UN peacekeeping missions expanded in number and size. By 2015 about 125,000 UN peacekeepers were deployed across 16 missions, nine of them in Africa.

The overall mission and troop numbers have diminished since then — to 12 missions and about 90,000 personnel — for a variety of reasons. Most notable was the absence of financial support during former US president Donald Trump’s administration between 2017 and 2021.

The overall mission and troop numbers have diminished since then — to 12 missions and about 90,000 personnel — for a variety of reasons. Most notable was the absence of financial support during former US president Donald Trump’s administration between 2017 and 2021.

About half of the current UN peacekeeping operations are simple ceasefire monitoring missions and the others are more complex state-building efforts in civil wars.

The three most complex missions — in Mali, the DRC and the Central African Republic — are termed “stabilisation” missions. These face a wide array of challenges, including undemocratic political transitions, illicit networks and terrorists. But all else being equal, they are saving lives and preventing the spread of violence.

The trouble with peacekeeping

Peacekeeping missions grab the headlines when they are associated with tragedy, death and sexual exploitation and abuse. There is no escaping these realities.

There are also other problems. Mercenaries have been deployed in Central Africa and Mali, and even well-intentioned external forces can bring negative, unintended consequences.

Peacekeepers can be arrogant and indifferent. They can create “peacekeeping economies” and illicit networks. They often increase rates of human trafficking and transactional sex.

But that is not the end of the story.

More than a dozen quantitative studies published in top peer-reviewed journals have shown, using different data sets, metrics, time periods and controls, that peacekeepers are protecting civilians. It is one of the most robust findings in the field of international relations and most of these studies narrow the case selection to peacekeeping in Africa.

There is a connection between diversity in peacekeeping and fewer civilian deaths. Whereas military fighting requires unity of command and training, peacekeeping doesn’t work the same way. In peacekeeping, diversity of skills and experience are connected to better outcomes.

It has proven effective at containing conflict, resolving civil wars, rebuilding state institutions and reducing violence in the midst of war.

It has also prevented violence from recurring, reduced the duration of wars and helped foster the growth of robust civil societies. Peacekeeping is additionally associated with less sexual and gender-based violence (GBV) during violent conflict.

The most notable failed missions are the ones people remember vividly — in Somalia, Rwanda, Bosnia and, more recently, Haiti. As tragically as those missions ended, they are not the norm.

Since the end of the Cold War the UN has completed complex peacekeeping missions in 16 conflicts. Of these, 11 successfully implemented mandates and departed the countries. None of those countries has returned to civil war. That is a two-thirds success rate.

The most notable failed missions are the ones people remember vividly — in Somalia, Rwanda, Bosnia and, more recently, Haiti. As tragically as those missions ended, they are not the norm.

Years later, these countries are not all perfect democracies, but neither are they at war.

The future of peacekeeping

Peacekeeping is not war fighting.

The doctrine of peacekeeping has three parts: consent of the parties, impartiality and the limited use of force.

It is fundamentally unlike counterinsurgency or counter-terrorism missions, which deploy without consent, take the side of the government and often employ offensive force to achieve military gains.

Though UN peacekeeping has been effective, it is not figuring in diplomatic efforts to end conflicts or assist in major transitions, such as those in Ethiopia, Sudan or Libya.

Third-party peacekeepers are not at the table, despite academic research over the decades demonstrating that the promise of peacekeeping helps parties agree to peace.

Recently, in Mali and Somalia, in contexts with violent extremist actors, African troops have been asked to fight wars. Refocusing on what has worked in the past — peacekeeping — may be warranted.

Lise M Howard is president of the Academic Council on the UN System and professor of government and foreign service, Georgetown University.

Act now on smoking, Africa, or the consequences will burn you