Memory to myth: that foxy salesman let the djinn out of the ...

A WORD IN THE HAND: DJINN

Memory to myth: that foxy salesman let the djinn out of the bottle 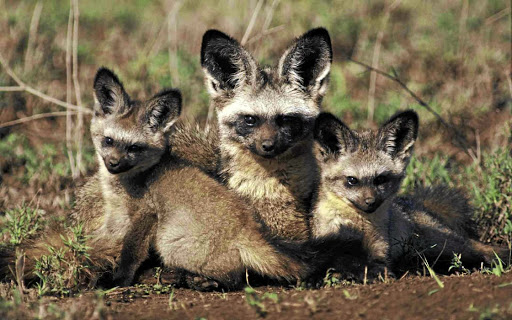 If Wikipedia had decided to call itself something other than “the free encyclopaedia” (“the place where you find stuff”, say, or “the place where siblings of celebrities create their own profiles so that they feel important”, or any number of other relevant descriptors) most children alive today would never have encountered the word “encyclopaedia”.

I did not grow up in a particularly wealthy home, but one thing we had that few of my classmates did was an enviable set of encyclopaedias.

This was due to the silver-tongued skills of a travelling salesman who knocked at our front door one night and was politely invited in by my parents, where he gave them his sales spiel.

The idea of a stranger walking across your unfenced yard, knocking on your unbarred front door and being invited in after dark seems like a concept from the Pleistocene era, but it isn’t actually all that long ago, depending on your perspective.

Almost as unbelievable is the thought of being alive in the days when travelling encyclopaedia salesmen roamed the earth.

There were not, as far as I know, any encyclopaedia saleswomen. As a toddler, witnessing the exchange between my parents and this purveyor of knowledge, I put this down to encyclopaedias being too heavy for most women to drag around the streets. Like missionaries, those who sold books plied their trade on foot.

As it turned out, this man carried only two sample volumes and a pile of glossy brochures to illustrate the advantage of purchasing the whole set. Somehow he convinced my father that my sister and I would grow up to be intellectual inferiors were we not provided with 24 volumes of Collier’s Encyclopaedia, plus extra reference books and a smaller set written for children.

Collier’s was never as famous as other encyclopaedias. I don’t think we lived in an area frequented by those hawking the more expensive Encyclopaedia Britannica.

Instead, after my dad signed an ironclad credit agreement, every month or so a new volume would arrive by post and I would be allowed, in great excitement, to rip off its cardboard packaging.

By the time I could read, the entire set had been delivered, as well as a bookcase made to snugly fit the collection. I still remember some of the upper-case gold letters on the black-and-red spines of the adult volumes: “ART NOUVEAU TO BEETLE”; “BURNAP TO CHARM”; “DECCAN TO ELECTRON”.

Burnap, by the way, was not a misspelling of the fabric burlap. It was an entry detailing the achievements of English jazz trombonist Campbell Crichton MacKinnon Burnap, born in 1939.

Djinns are not as easily found, partly because the anglicised version of the word is either ‘jinn’ or ‘genie’ as in the one Aladdin found in his lamp.

My favourite pages in the grown-up volumes were the ones that had transparent plates enabling you to explore the anatomy of a frog. With all the plates closed, there was an attractive green amphibian stretching out in a pond. As you lifted each transparency, the frog’s musculature, breathing mechanism, digestive system, internal organs and skeleton were revealed.

By far the most magical, the books I returned to over and over, were the children’s set. My favourite volume contained stories about children from other parts of the world. The one I liked best was about a young Arabian boy whose new stepmother is not the beautiful woman she appears but an evil djinn accompanied by a gazelle, which is actually her evil-spirit son in disguise.

I learnt many things from this absorbing tale.

One: a djinn is a kind of spirit and can be either good or bad.

Two: a fennec is a large-eared, soft-furred fox that lives in the desert.

Three: if a fennec has tiny slits in its ears it might be a djinn who has shape-shifted — in this case a good djinn come to save the small boy from the bad djinns’ deadly plans.

Four: never drink from a water glass that has been left next to your bed without switching on the lights, because if you drink in the dark a djinn might drink from the same glass alongside you, and then you will be possessed.

Needless to say, all turned out well for the young hero and his friendly fennec-cum-djinn, and ever since I have been fascinated with both djinns and fennecs.

The closest thing to a fennec in SA is a bat-eared fox. Djinns are not as easily found, partly because the anglicised version of the word is either “jinn” or “genie” as in the one Aladdin found in his lamp.

Since Collier’s stopped publication decades ago and has no website, I was forced to consult their competitor, Encyclopaedia Britannica, which does not even deign to give the alternate spelling “djinn” and defines this entity rather vaguely as “a spirit inhabiting the earth but unseen by humans, capable of assuming various forms and exercising extraordinary power”.

If djinns are spirits, those childhood encyclopaedias were djinn and tonic for my mind.

Excuse my French but what the EFF is Julius playing at?