I don’t have a soft spot for Zott, I’m mad for her

I don’t have a soft spot for Zott, I’m mad for her

From the get-go, there was undeniable chemistry between me and Bonnie Garmus’s character. Just ask Gman

IT'S EVERYTHING 'Lessons in Chemistry' is hilarious and beautiful, and filled with characters to love and hate.
Image: Supplied

If I read a book fast at first, then slow down from the middle, Gman knows I am not to be disturbed as it is one I am savouring. I took a while to read Lessons in Chemistry by Bonnie Garmus. I did read other books in between, but they didn’t matter. They were purely for satisfaction’s sake and to prolong my relationship with Garmus’s central figure, Elizabeth Zott.

I’m enamoured with her. We meet Elizabeth in the late 1950s, early 1960s, living in a little nowhere town called Commons in California. She is a chemist. Not a female scientist, not a woman chemist. Just a chemist. Working at the Hasting Research Unit (the only place that would accept her as a female in her field), she barges into the lab of Calvin Evans, a distinguished scientist who features on magazine covers and is known for holding a grudge. 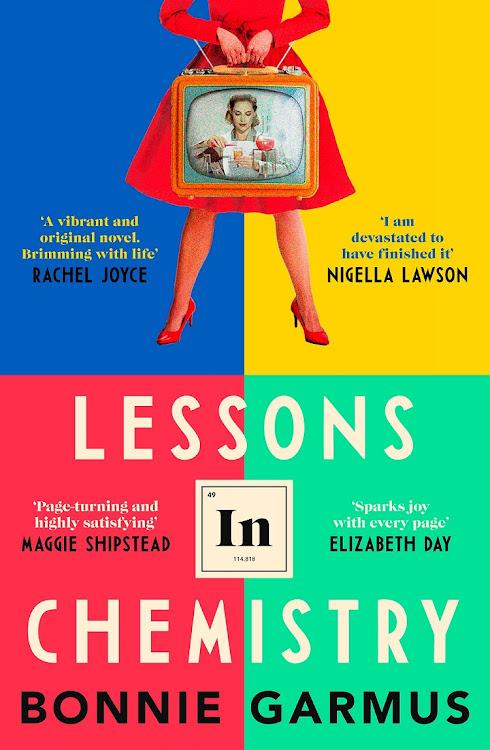 Hasting is not a safe zone. Rather, it is a microcosm of the larger world. Calvin is revered and feared by his colleagues, while Elizabeth is simultaneously sneered at and ogled by her fellow male scientists and hated by the female staff. Only Calvin treats her as an equal and after a second cute meet that is not cute at all (he throws up on her), they fall in love. They move in together (a scandal!) and she will not marry him.

Elizabeth explains to Calvin: “Everything I do will suddenly be in your name, as if you’d done it. In fact most people will assume you’ve done it simply because you’re a man, but especially because you’re Calvin Evans. I don’t want to be another Mileva Einstein or Esther Lederberg, Calvin. I refuse. And even if we took all the proper steps to ensure my name won’t change, it will still change. Everyone will call me Mrs Calvin Evans; I will become Mrs Calvin Evans ... Elizabeth Zott, as we know her, will cease to exist.”

Calvin eventually accepts this and their family is made complete by Six-Thirty, an abandoned bomb-sniffing dog who adopts them.

We flash back and forth to their childhoods, as well as Elizabeth’s life after Calvin, when she is the mother of clever (obviously) four-year-old Madeline — Mad for short.

Elizabeth discovers Mad’s lunch is being eaten by another girl. She confronts the child’s father (the mother is no longer around) and he, being a TV exec, sees Elizabeth’s star potential. She quickly becomes one on a show called Supper At Six. Always reminded she is cooking for the housewives (“big hair, tight dresses, homey set”), Elizabeth does what she does best — her own thing. She refuses to smile, wear the prescribed clothes and be the “sexy-wife-loving-mother”. Rather, she takes the opportunity to teach chemistry with a good dollop of feminism. Speaking into the camera, Elizabeth says: “Cooking is chemistry. And chemistry is life. Your ability to change everything — including yourself — starts here.”

This is only the bare bones of the book. Garmus creates a beautiful, hilarious world filled with characters to love and hate, a fascination with rowing, and relationships to cheer on and cry with.

In writing this, I had to confront my own deep-rooted unconscious misogyny. I kept wanting to call Elizabeth a smart, strong, confident woman and I kept wanting to call this book quirky and funny. Not that it’s not true, but I realised it’s glib and condescending. I never call Jack Reacher a smart, strong, confident man. That’s a given. It’s also a given with Elizabeth Zott. And I wouldn’t want to meet her in a dark alley either.

Not intelligent: AI racism too dangerous to ignore