He knew his field inside out, was fearless in his conclusions and was an expert witness few wanted to take on 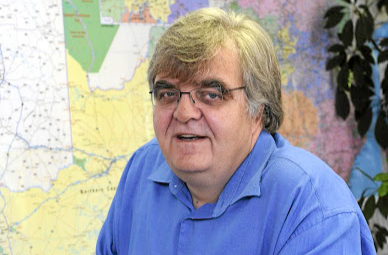 If great economists are distinguished from the rest by their insight into the human psyche and capacity for original thought then Mike Schussler, SA economist of the year twice, who has died of cancer at the age of 60, was one of SA’s greatest.

He combined these qualities to create crucial indices which measure trends, economic growth, performance, the way people think and why they do things.

Schussler sometimes took bold leaps in coming to his conclusions but had a gut feel for the economy that usually proved to be correct once he’d put the data together and tested it. Then he feared nobody. He had the courage to say it out loud, publish it and defend it against all comers.

He was not dogmatic, and he could change his mind. But if you disagreed with him, and sometimes he’d come to a conclusion even his admirers thought was a bit of a wild assumption, you’d better have your ducks in a row or he’d make short work of you even if you were right and he was wrong.

Once when he was an expert witness in a case about medical inflation his conclusion was that it would keep going up at X percent because it had been going up at that rate for a few years.

That was a jump too far for the opposing counsel’s expert witness, who said he was wrong. In terms of sheer logic he was, but typically he won the argument anyway.

Even when on shaky ground he was always so convincing that unless you really knew what you were talking about it was extremely difficult to find the flaw in his arguments.

Even when on shaky ground he was always so convincing that unless you really knew what you were talking about it was extremely difficult to find the flaw in his arguments.

A savvy entrepreneur, he was one of the very few economists in SA who made good money out of being an economist.

Most economists work for a salary at some financial institution. He went out and sold his services, including his indices, as an economist. He was one of very few who started his own economics outfit, the now leading private economic research house Economists.co.za, which he started in 2005 and which has gained an enviable reputation and long list of clients, as both forecasters and innovators in the field.

He was an excellent, sought-after and well-paid public speaker whose chief attraction was that he knew his subject inside out, as soon became evident to his audience.

He was one of the most quoted economists in the country, not least because he was so accessible. Journalists called him at any hour of the day or night and he’d always respond. If he was busy you knew he’d call you back.

He always had a view and could usually back it up. If he couldn’t he did anyway, and was 99% convincing.

He was very well informed. He didn’t only read the reports that came out in their entirety; he read the annexures as well, digging into the numbers to make sure he understood whatever the topic happened to be.

He was one of the most quoted economists in the country, not least because he was so accessible. Journalists called him at any hour of the day or night and he'd always respond. If he was busy you knew he'd call you back.

Schussler was very convivial, a big man with a big voice, big presence and soft heart who loved to talk and philosophise about economics. He belonged to a number of groups of economists from the private sector, academia and government institutions such as the Reserve Bank and National Treasury, which would get together behind the scenes to talk about economics.

He was always willing to share information and trade secrets with fellow economists.

He was a practical, not an academic or theoretical, economist, though he was highly regarded by economics professors who frequently invited him to their own informal talk sessions.

He was interested in applying economic theories, ideas and research to real-life situations.

After getting his masters in economics at the then Rand Afrikaans University he started as an economist at Transnet in 1990 and used that as a springboard to become one of the country’s leading trade and logistics economists.

At Transnet his work was around international trade and energy. During the course of his research he discovered the government formula for calculating the retail price of petrol and diesel in SA, a closely guarded secret until then.

In the late 1990s Marthinus van Schalkwyk, the then leader of the New National Party, asked a friend of Schussler’s to find out if he’d be interested in standing for the party in the elections.

On hearing this Schussler gave his great rumbling laugh before retorting: “Not a fok fire hy my weer.” Van Schalkwyk had been the chair of the student council at RAU when Schussler was a DJ at the university radio station.

He said he’d made some remark on air about the National Party and religion that Van Schalkwyk took exception to and had him fired from the radio station.

Schussler had an amazing knowledge about and collection of music from heavy metal to Afrikaans pop to rap and opera, though he was not particularly musical.

He was born Ulrich Hans Schussler on January 16 1962 in Egypt, where his father, who was German, was working as part of a programme whereby Germany provided free labour to countries it had invaded during World War 2.

After arriving at RAU he was subjected to initiation. Early one morning a senior student woke him up by screaming in his ear. He thought he was being attacked and threw a punch that knocked the student out.

Suitably awed on hearing about this, students called him “Mike” after the SA heavyweight boxing champion Mike Schutte.

And Mike, who had the same physical dimensions as his namesake but the heart of a lamb, he remained.

He is survived by his second wife Greta and a son.

Gweezy, you are the difference between a wheezing and breathing economy