Writers only need a quill. I got a whole hedgehog

A WORD IN THE HAND: HEDGEHOG

Writers only need a quill. I got a whole hedgehog 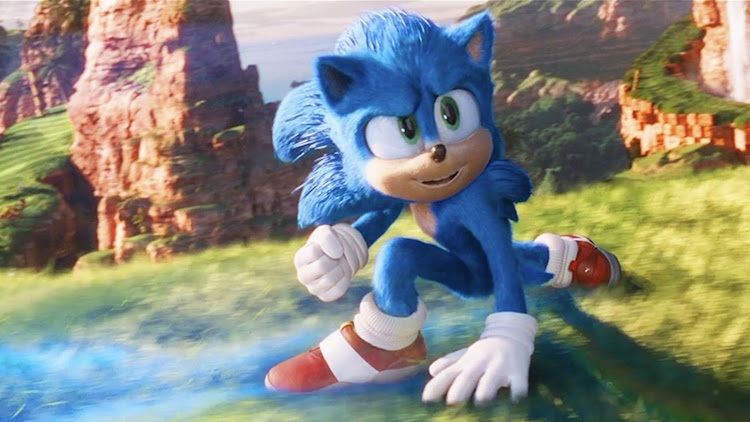 Readers familiar with my ramblings might be rolling their eyes at this week’s chosen word, because anyone who pays close attention will know I like to slip the word “hedgehog” into any column on any subject as frequently as possible.

I can’t explain why I like hedgehogs so much. I have never had one as a pet, though I do remember being deeply envious in grade 2 when my classmate Andrew Widdeger brought two cute prickly hedgies to school in a shoebox.

They are undoubtedly appealing creatures, though I’m told they tend to smell slightly offensive when kept in closed quarters.

Mostly, I just like the word. It has a rounded, alliterative wholeness to it that is somehow satisfying on the palate.

Everyone has their favourite words. President Ramaphosa leans heavily on the words “people” and “shocked”. An analysis of US election speeches during Donald Trump’s tenure showed that the former Big Orange favoured “tremendous” above all other words. Jacob Zuma’s speeches show a fondness for the word “important”. Jamie Oliver likes to say “lovely” and “massive” a lot.

Thanks to modern technology (funny how we never thank archaic technology), we are able to count the number of times a word appears in any author’s work.

Shakespeare used “sweet” 840 times in his oeuvre. Poet ee cummings, who wrote tremendous, important, lovely words without ever using uppercase letters (“nobody, not even the rain, has such small hands” was used to great effect in classic film Annie Hall), mentioned flowers more than 100 times. AE Housman was overly fond of “lad”. John Milton used “law” 50 times in his poems, and “hell” appeared equally as frequently as “love”.

These writerly examples were provided by Brad Leithauser in an article called Pet Words, published in the New Yorker.

Funny how no writer ever mentions an entirely penetrable night, poem or philosophy. Actually, DH Lawrence might have, but I’ll leave that for a different sort of column.

Funny how no writer ever mentions an entirely penetrable night, poem or philosophy. Actually, DH Lawrence might have, but I’ll leave that for a different sort of column.

Leithauser would have had his hobby thwarted had he looked for pet words in the works of Philip Larkin. A tremendous, important, massive biography by James Booth asserts that “a startlingly large number of words occur in a single poem only ... Larkin, it seems, waits for the best time to employ each word, gives it the most memorable context he can contrive and then never uses it again.”

This speaks of capacious skill as well as a formidable memory. I can’t remember all the times I have used particular words. For example, I had no idea how frequently I employ the word “hedgehog” until a colleague applied a word-search tool to our archive (it was a slow day) and found that the spiny little critters have appeared in the Pedant Class no fewer than 45 times.

Larkin used it only once. In his poem The Mower, an unfortunate hedgehog is found “jammed up against the blades”. The poet mourns: “I had seen it before, and even fed it, once / Now I had mauled its unobtrusive world / Unmendably. Burial was no help.”

Muriel Barbery’s best-selling novel (and one of my desert-island books), The Elegance of the Hedgehog, is not about hedgehogs. It is about a literary concierge and a precocious child. Hedgehogs appear only in this description of the older by the younger character: “Madam Michel has the elegance of the hedgehog: on the outside, she’s covered in quills, a real fortress, but my gut feeling is that on the inside, she has the same simple refinement as the hedgehog: a deceptively indolent little creature, fiercely solitary — and terribly elegant.”

In 1953, philosopher Isaiah Berlin wrote an essay called The Hedgehog and the Fox, in which he playfully said people with a single defining idea were like hedgehogs and more mutable thinkers were like foxes. He based this on words by ancient Greek poet Archilocus, who wrote: “The fox knows many things, but the hedgehog knows one big thing.” Contemporary philosopher Ronald Dworkin reprised this theme in his 2013 book, Justice for Hedgehogs, which has nothing to do with hedgehogs and everything to do with trying to find a unified value system for humanity.

On a less lofty plane, children’s writer Beatrix Potter created a hedgehog with a single-minded focus on cleanliness. So unhedgehog-like was Mrs Tiggy-Winkle that Lucie did not realise her new buddy was a hedgehog until she’d spent an entire day helping Mrs T-W with the washing and ironing. No wonder: it’s not every day one meets an aproned hedgehog up to its elbows in soap suds.

I prefer my hedgehogs in the hedge, but that’s no reason to criticise Miss Potter’s tales. As Larkin concluded in his moving hedgehog poem: “We should be careful / Of each other, we should be kind / While there is still time.”

EDITORIAL | Why does Cyril keep Mthethwa in his cabinet?