Not all equines are equal — this one has earned its stripes

Not all equines are equal — this one has earned its stripes

When they dressed up in black and white, zebras left other contenders for most fashionable animal in the shade 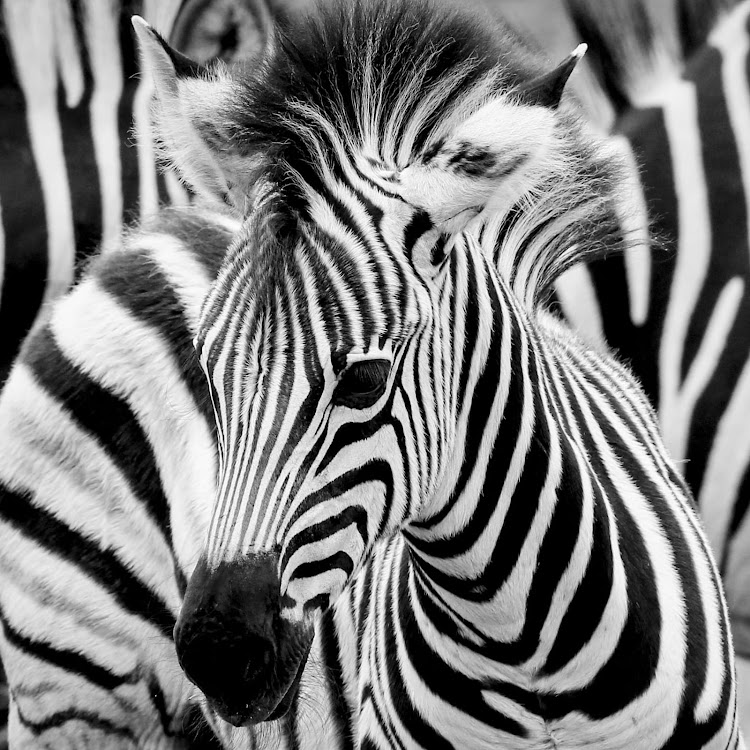 NEIGH DOUBT ABOUT IT Zebra foals are adorably fluffy. No wonder we speak of a dazzle of zebras.
Image: Nadine Dreyer

Somewhere along their evolutionary path, zebras decided to get flashy and deviate from horses and donkeys by dressing up in audacious bold stripes.

They opted for a trendy monotone palette and, to make sure none of them looked the same, varied their patterns in the same way all that human fingerprints are unique.

As any zebra will tell you, stripes need to be earned. On a baby zebra they are fluffy and scraggly and dark brown rather than black. 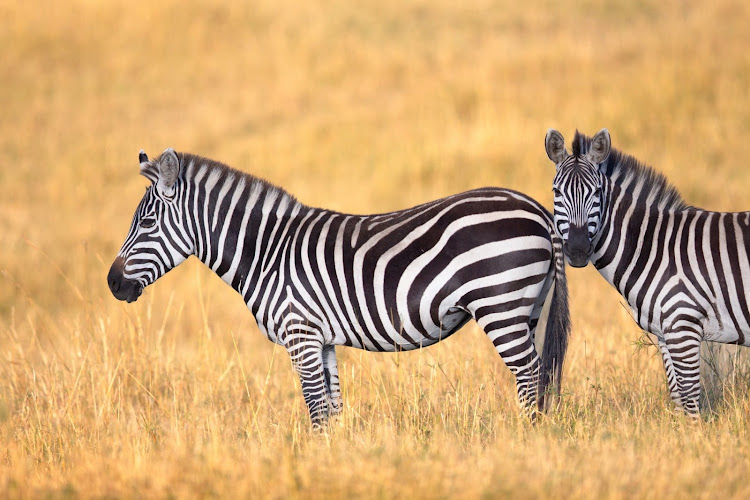 In the late 19th century it was fashionable to train zebras to pull carriages and they were highly sought after by exotic animal collectors, but unlike horses and donkeys, zebras have never been truly domesticated.
Image: Nadine Dreyer

It goes without saying that the desultory gang of charlatans and misfits commonly known as our elected representatives are about as likely to deserve stripes of any kind as CEO Neal Froneman is to give his R300m to roadside lepers.

HOW THE ZEBRA GOT ITS STRIPES

This story comes from the San people.

A long time ago, Africa almost ran out of water because the sun was so hot that it dried up most of its water pools. Animals came from far to drink from the few pools that were left.

One day, a baboon made a fire next to the water pool he ruled over.

A young zebra and his dad came from the grasslands in search of water to drink.

When the baboon saw them, he jumped up to guard his water pool with all his might. The young zebra and the baboon got into a big argument.

With a mighty kick, the young zebra sent the baboon flying into the air. He landed on his bottom, causing a patch of hair to fall out.

The young zebra, dizzy from the kick, stumbled into the fire next to the water pool. His white fur got scorched and left him with black stripes.

The zebra’s fur would never be plain white again. The baboon would always walk around with a bare bottom.

One guy who has definitely earned his stripes as a tennis great is Raphael Nadal. The French Open starts at Roland Garros this weekend and the Spaniard has won the smackfest a record 13 times.

Stripes weren’t always something to aspire to. In medieval times they were regarded as Satan’s work and slaves, prostitutes and convicts were forced to dress in stripes to mark them as outcasts.

In medieval paintings Satan is often depicted wearing stripes. (Zebras do have something in common with Lucifer; their devilish kick can deliver a fatal blow to the most formidable of predators. )

When the first Carmelite monks arrived in France from the Holy Land in the 13th century, the religious order required its members to wear striped habits, much to the horror of their new brethren. Eventually the order was forced to accept a quiet, solid colour. “The medieval eye found any surface in which a background could not be distinguished from a foreground disturbing,” writes medieval historian Michel Pastoureau.

There are several  theories about zebra stripes. Perhaps they serve to dazzle and confuse predators and biting insects. Or to control body heat.

Some scientists suggest their unique stripes may also have a social purpose, helping zebras to recognise one another (that’s my mommy).

As for the bad connotations around stripes, this changed over the centuries. Each of the 13 stripes on the American flag represents one of the original British colonies.

Striped fabrics were fashionable during the French Revolution as a symbol of radical thought. The classic blue and white striped shirt originally worn by Breton fishermen became the official undergarment of the French navy in 1858. They reportedly believed the 21 stripes made it easier to find a man if he fell into the sea.

In the 20th century, stripes became a key part of the fashion iconography for famous brands such as Chanel. Adidas patented its distinctive three-striped insignia in 1928.

When it comes to the animal catwalk, the zebra has few equals for the title of trendiest animal on the plains. So there you have it in black and white.

It’s time to ditch the flannel and dust off the accessories, darlings