Tooth of the matter is, the biting incident left dents on the ...

A WORD IN THE HAND: ZONK

Tooth of the matter is, the biting incident left dents on the dentist 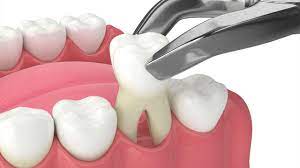 THE TOOTH WILL OUT The best thing to do after a molar extraction is to zonk out.
Image: SUPPLIED

I write this column in somewhat zonked mode, having just had a tooth extracted and seeking relief from pain in the arms of painkillers and perhaps a very small whiskey.

This, in my fugue state, led me to wonder about the origin and meaning of the word “zonk”.

It is indeed a word of great mystery, as are the reasons why a tooth should suddenly rebel against its host and prefer to be yanked out rather than remaining a part of the body which gave it birth.

“Zonk”, says the Online Etymology Dictionary, originated as an onomatopoeic word in about the 1950s, when it meant “to hit hard”.

No dictionary of boxing terms lists zonk as a particularly hard blow, so we should probably go with the explanations that this was more of a comic-book word, such as “biff”, “zap”, “blam” and “kazaam”.

In 1968, zonk increased its efficacy and moved on from a hard punch to the definition “put into a stupor”.

That is indeed a hard hit. A total KO, as boxing aficionados might say.

The Vocabulary Review refines this slightly, saying: “When you zonk out, you fall asleep suddenly. You may have seen babies be wide awake one minute and then zonk out the next.”

My about-to-be-zonked-out search yielded a further definition from military sites I would not normally visit. Apparently, on the PT field where soldiers are being trained to go into battle, commanding officers in the US army would sometimes use the word “zonks” to dismiss cadets from the exercise ground, whereupon everyone in the troop would run whooping joyfully from the physical torture they had undergone, presumably to go and have a warm bubble bath or a delicious duck l’orange.

Getting back to being zonked after a tooth extraction, it is interesting that all forms of the word “tooth” come from the Latin dentis, which also, as it happens, is the root cause of the word “incidentally”.

I am inordinately fond of the word “incidentally”. The Online Etymology Dictionary says “incident” comes from the Latin incidere (to happen). In 15th-century English it became “something which occurs casually in connection with something else” (in other words, “by the way”). In 1913, an incident also became “an event that might trigger a crisis”.

Not to be self-absorbed or anything, but the pain under one of my left back molars triggered a crisis today.

“Dent” on its own is an interesting word. It comes from the Middle English dint and originally meant a strike or blow. “He stole my codpiece and so I aimed a dent at him.”

If this were a particularly hard blow, a dent could evolve into a zonk.

Anyway, a century or so later, “dent” began to be associated with a depression — not the emotional sort but the concave sort dealt with by panel-beaters and dermatologists. A depression of this ilk is quite likely to cause the other kind of depression, so it is entirely appropriate that it carries both meanings.

The evolution of “dent”, according to the Online Etymology Dictionary, was influenced by the word “indent” (to make notches), which comes from the Medieval Latin indentare, meaning “to furnish with teeth”. The root of dent, indent and dental is dentis — a tooth.

And this is how we return to the mouth. Disciples of Italian cooking will be familiar with the culinary term al dente. Literally meaning “to the tooth”, it describes pasta which is perfectly prepared, still needing a bit of chewing as opposed to boiled into soggy mush.

I dream of eating pasta again. So far, the state of dentist accords me only soup (and perhaps the odd small whiskey).

Mind you, I’m not saying that the loss of a molar and the pursuant self-medication has entirely zonked me out.

The word “molar” comes from the Latin molaris dens, “a grinding tooth”, derived from mola, meaning a millstone used to grind wheat.

This absconded molar will no longer grind pasta, be it al dente or not. Now, where did I put those painkillers?

In the crazy, cryptic world of bitcoin there is no downside