Theirs is a tall story that puts A-type personalities in the ...

Giraffes outshine these irritants, who are up before dawn terrorising their PAs while the rest of us are still snoozing 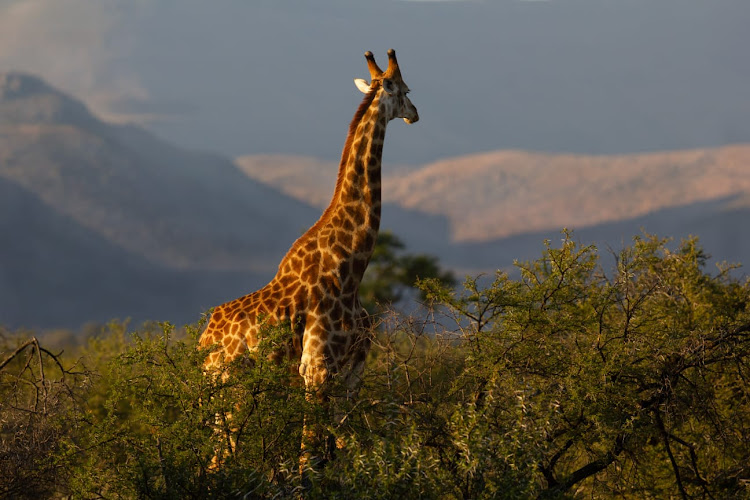 LONG LIVE A giraffe stands tall in Samara game reserve in the Karoo, where several owners are rewilding their land and introducing animals that once roamed freely in this area.
Image: Nadine Dreyer

To most of us, A-type personalities are a bit of a pain in the butt.

They’re up before the sparrows and energetically beaver off to the gym to do a workout worthy of combat-ready US Marines.

Then they still have time to tackle the London Times cryptic crossword over a breakfast of black coffee and half a grapefruit. (That they maintain their ideal weight goes without saying. Carbs are as alien to them as integrity at a ruling party chinwag.)

These A-types begin terrorising their army of private assistants while the rest of us are resetting the snooze button for the umpteenth time.

Though hardly an A-type, English humorist PG Wodehouse once joked: “From my earliest years I had always wanted to be a writer. I started turning out the stuff at the age of five. (What I was doing before that, I don’t remember. Just loafing, I suppose.)”

Barack Obama was somewhat of an A-typer, probably one of the few nice ones. You don’t  become the first black American to be inaugurated as president aged 47 unless you make every second count.

Margaret Thatcher was famous for getting by on just four hours’ sleep each night (I think she skipped the gym bit though). 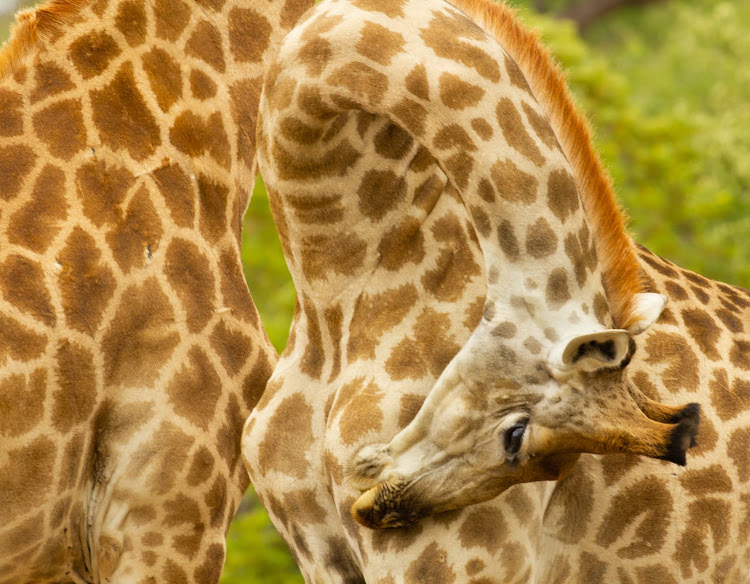 NECK AND NECK The isiZulu word for giraffe is 'indlulamithi', which literally means 'taller than the trees'. Their necks alone are almost two metres long.
Image: Nadine Dreyer

There’s also no cuddling under the duvet for giraffes as they usually sleep standing up.

I reckon we can accept as a general rule that the A in A-type stands primarily for annoying.

Take heart though, not even the most strident, fanatical, irritating A-type would crack it in the world of giraffes.

Estimates vary, but some experts calculate that these graceful animals only spend between 30 minutes and two hours getting quality sleep each day. Take that Iron Madam!

There’s also no cuddling under the duvet for giraffes, as they usually sleep standing up.

As the tallest land mammal, they can grow up to 5.5m in height. Even a baby giraffe is taller than most men.

Keeping busy starts from the minute they are born. Birth is somewhat of a rude awakening. Mom gives birth standing up, so her calf’s entry into the world means falling two metres to the ground.

Like many animals, calves can walk within an hour, which is essential for keeping up with the Joneses and the safety of numbers. By the way, the collective noun for these animals is a journey of giraffes, appropriate given their million-dollar legs.

They have always fascinated people and are beautifully depicted in San rock art.

The first known giraffe to reach Europe was brought from Egypt by Julius Caesar in 46BC. It was taken to Rome, only to be torn to pieces by lions in the Colosseum during celebrations to honour Caesar. (Silly sod, no wonder the gods destined him for a brutal end.)

Nature’s supermodels are always a thrill to encounter in the wild, no matter how many times you’ve seen them before.

And unlike A-types they don’t have to aspire to lofty heights; they are already there.

Soapie or not, this author’s novels are veritable page-turners