Forty years after Stefan Tetenbaum wrote the book, it shows why Hef did anything in his power to bar its publication 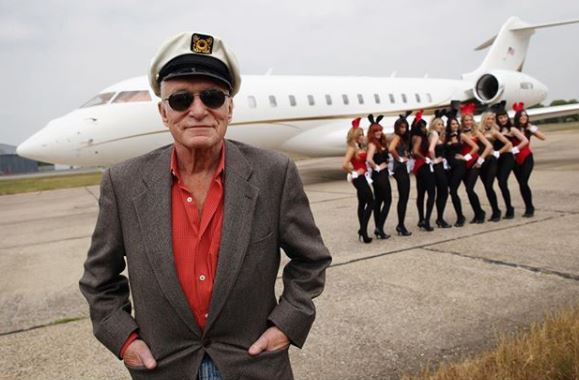 Hugh Hefner did not want his secrets out there — for obvious reasons.
Image: Via Instagram

The butler did it. In this case he only wrote the book, not committed murder. In The Dark Secrets of Playboy, Stefan Tetenbaum, Hugh Hefner’s personal butler, tells who did what. He wrote the memoir of his life working at the Playboy mansion more than 40 years ago, but the book remained unpublished until now. Mostly because Hefner did anything in his power to not have it published. Hefner did not want his secrets out there — for obvious reasons. In an article in US Today, Tetenbaum claimed Hefner’s team stopped him when he wanted to publish his book. “I got threatened,” he alleged. “[They said]: ‘You’re not gonna put this book out or we can find you anywhere you go. You can’t hide from us.’ It was very frightening.”

The now dead originator of the Playboy empire was apparently not the avuncular dude living his #bestlife in his bathrobe surrounded by women.

The book tells the story of Stefan Tetenbaum’s shocking and disturbing experiences as Hefner’s butler in the late 1970s and early 1980s. The memoir is now available on Amazon.

There is already a documentary by A&E called Secrets of Playboy, which is based on his personal accounts and of those of others. If you can stream it, I highly recommend watching the 10-episode series in which there is revelation after revelation about the unglamorous, horrific side of Playboy, and several witnesses, specifically including Tetenbaum, tell of the depravity of Hefner and his circle of friends (such as Bill Cosby), of how they used, abused, raped and killed some of the young women who came into Playboy’s web. There are many stomach-churning accounts of how the mogul took advantage over the years of the woman in his power. Sondra Theodore — groomed by Hefner — was one of them. She dated him from 1976 to 1981, and is a witness to how Hefner raped and silenced women. She claimed in the doc that “things were done to shush people up, to get them out of the way”. “He had tapes on everybody.”

This is allegedly what he used as blackmail to keep people quiet. Many wanted to expose what happened but Hugh squashed it all. That’s why there are not many books detailing the dark side of what happened at the mansion.

One that made it to publication was Down the Rabbit Hole: Curious Adventures and Cautionary Tales of a Former Playboy Bunny, the 2015 tell-all memoir by Holly Madison, who starred as Hefner’s main girlfriend in the popular reality television show The Girls Next Door. In the show she was one of Hefner’s three girlfriends at his Holmby Hills, California, mansion. Madison was only 21 when she moved into the mansion and began dating Hefner, who was 75 at the time. (How did we ever consider this to be OK?) They stayed together for roughly seven years in a relationship she’s since described as “Stockholm syndrome”.

Another book written from a completely different perspective is Playground: A Childhood Lost Inside the Playboy Mansion by Jennifer Saginor in 2005. Saginor was the daughter of Hugh’s best friend Mark Saginor, who was also Hef’s personal doctor and lived in the mansion with his child. Jennifer details a sad and horrible childhood living in the mansion, where she was corrupted by drugs and sex and was a witness to several rapes as well as becoming one of the victims who was not afraid to write about it. She has said the book wasn’t an easy project to get published nor publicised. She claimed that when she embarked on a book tour, Hefner’s team got all of her dates cancelled because he didn’t want people to know what was really going on and she realised she was just one of the many people who had been silenced.

Tetenbaum states in the documentary that life wasn’t easy for employees at the mansion, either. “He thought he was the king, the emperor,” Tetenbaum claimed. “We were just servants. We were told you cannot talk to the girls. You’re not their friend. You work for Mr Hefner — you don’t work for them.”

So maybe the butler didn’t do it. He just watched it happen.

How can we celebrate freedom when we’re in such deep trouble?